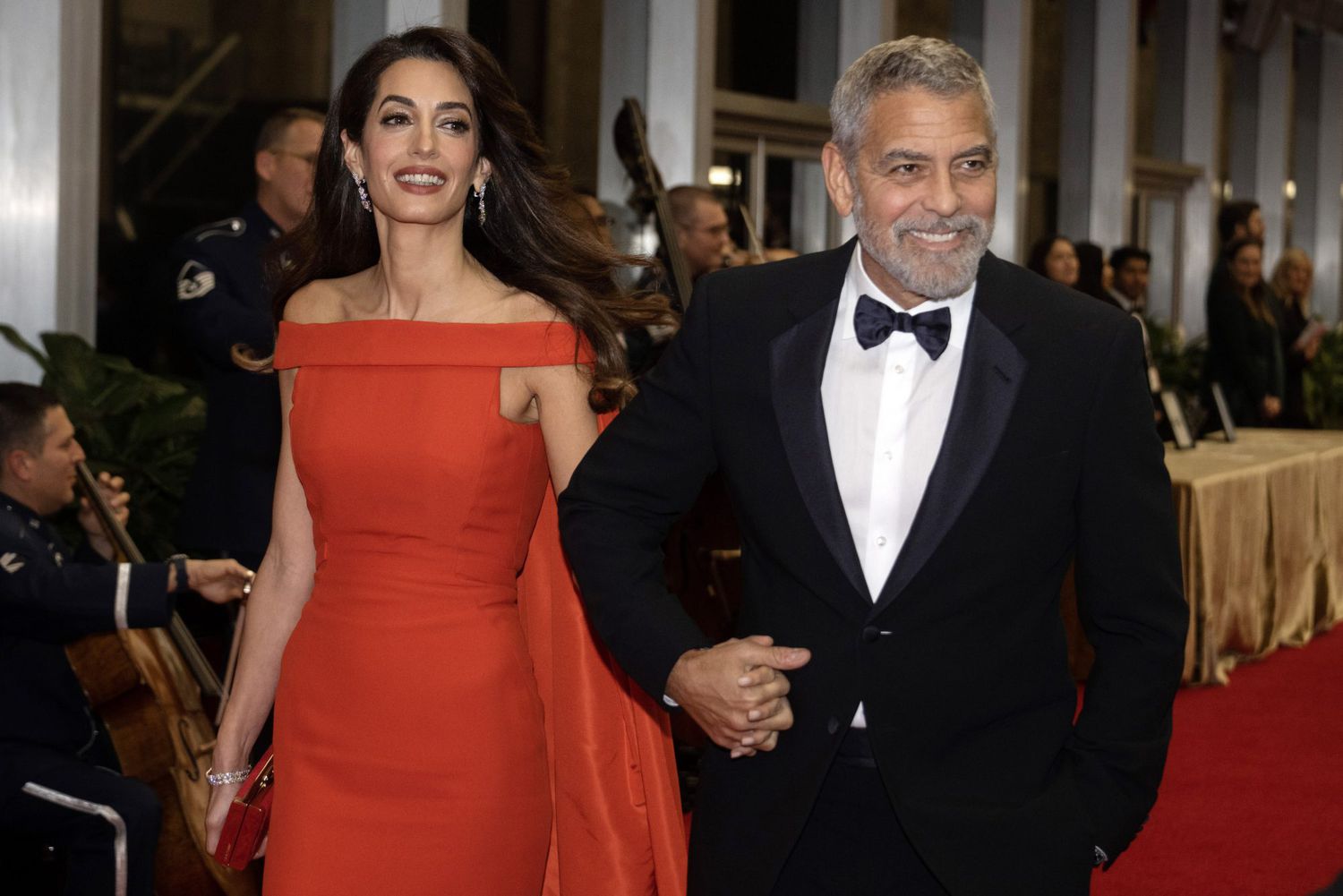 George Clooney to the rescue!

While walking the red carpet of the Kennedy Center Honors ceremony in Washington, D.C., over the weekend, George, 61, aided wife Amal Clooney from a potential wardrobe malfunction.

Dressed in a red Valentino gown, Amal, 44, paired the dress with a matching clutch and cape, which became tangled on the carpet at one point while photographers snapped pictures.

George, dressed in a black tuxedo, was captured attending to his wife of eight years — with whom he shares 5-year-old twins Ella and Alexander — untangling her long accessory piece, before they posed for photos together.

George was honored Saturday at the Kennedy Center Honors for his lifetime achievements.

Others who were honored during the annual ceremony included Amy Grant, Gladys Knight, Tania León and U2, which is composed of band members Bono, The Edge, Adam Clayton and Larry Mullen Jr.

Want to get the biggest stories from PEOPLE every weekday? Subscribe to our new podcast, PEOPLE Every Day, to get the essential celebrity, entertainment and human interest news stories Monday through Friday.

“Growing up in a small town in Kentucky I could never have imagined that someday I’d be the one sitting in the balcony at the Kennedy Center Honors,” George said, per ABC News.

“To be mentioned in the same breath with the rest of these incredible artists is an honor. This is a genuinely exciting surprise for the whole Clooney family,” the actor — whose parents Nick and Nina were also there to support him — added.

Back in September, the Oscar-winning actor-director was joined by his human rights attorney wife at the inaugural Albie Awards, hosted by their Clooney Foundation for Justice, in New York.

Outside of the New York Public Library, George told PEOPLE what he loved most about working with Amal to create the event. “Well we collaborate on everything. We collaborated on twins!” the Ticket to Paradise actor said. “But you know, this is an exciting one because Amal’s gotten journalists out of Egypt, out of Azerbaijan, prisons, out of — all over the world, Myanmar.”

The Albie Awards honored those who devote their lives to justice. It was attended by celebrity guests including Meryl Streep, Dua Lipa, John Oliver, Julia Roberts, Bruce Springsteen and Patti Scialfa, among others.

The Kennedy Center Honors ceremony will air on CBS Dec. 28.

Story: The Last Moment of Silence

As Ukraine Prepares for a Second Year at War, the Prospect of a Stalemate Looms