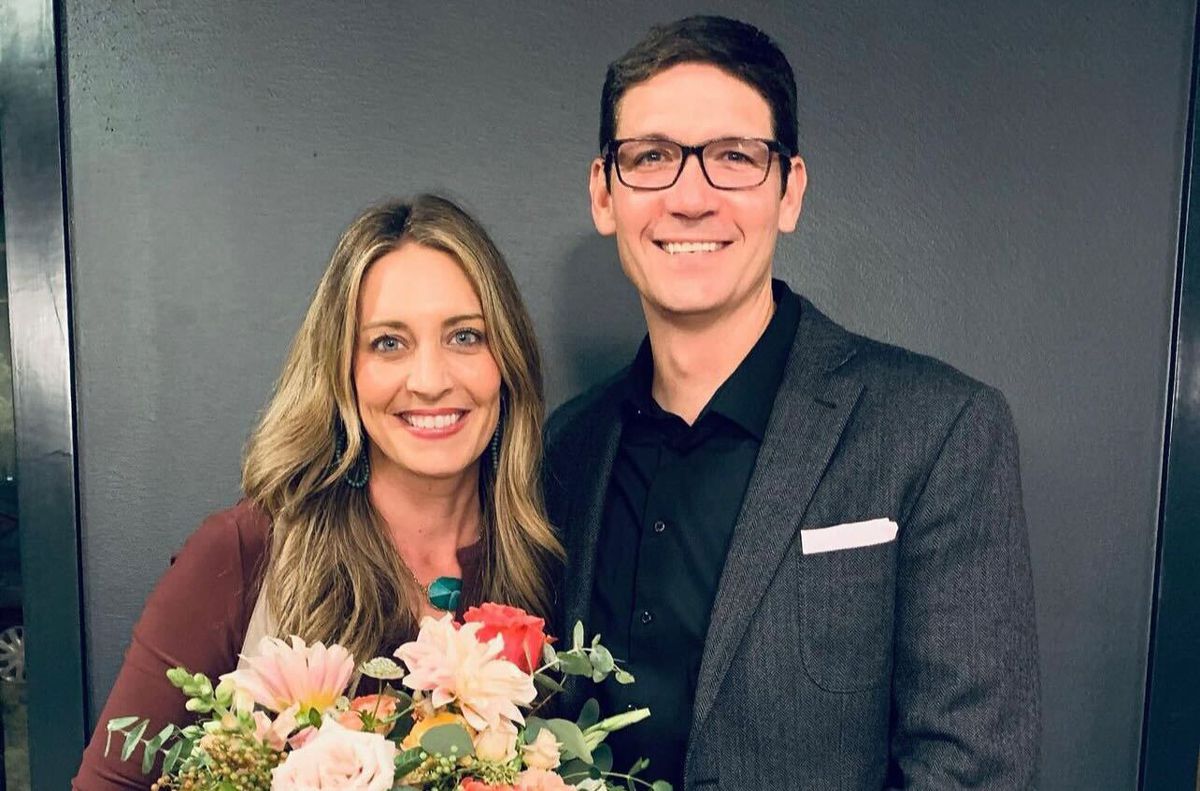 Matt Chandler is back after stepping away from his role as lead pastor at the Village Church following “concerns” about him messaging a woman who was not his wife.

Chandler, 48, took the stage at the Church in Flower Mound, Texas, on Sunday for the first time since August, according to The New York Times and Christianity Today.

The Megachurch pastor went on a leave of absence after an investigation into messages he exchanged with a woman who is not his wife were found to be inappropriate.

Chandler reportedly received a warm welcome from the congregation, with someone in the sanctuary calling out, “We love you, Matt!” amid cheers, applause and a standing ovation, per the Times. The pastor then apologized for what he called “my foolishness.”

“I’m sorry, I failed you,” he told the congregation. “The Lord met us and he carried us through, and I don’t want to lose sight of that.”

Earlier this week, the TVC Elders announced that Chandler would be returning to the pulpit after “diligently working through a development plan,” including Scripture reading, prayer, personal reflection, and “multiple intensives with trusted outside experts,” according to an email shared by The Roy’s Report.

“Matt has completed everything asked of him with submissiveness, steadfastness, and humility, and we have received positive feedback from all involved,” the elders said in the email, adding, “We have been encouraged by his posture throughout, and we remain so.”

In August, the Elders said Chandler was approached a few months prior regarding “concerns about the way he was using direct messaging on social media with a woman who was not his wife.” An inquiry into Chandler’s messaging history found that “while the messages were not romantic or sexual in nature, the frequency and familiarity of the messages crossed a line.”

Chandler later told his congregation that he “didn’t think I had done anything wrong” when he was first approached about the Instagram messaging, and that both his wife and the woman’s husband were aware of the conversation.

“[The church’s] concerns were not that our messaging was romantic or sexual, it was that our conversations were unguarded and unwise,” Chandler told church members at the time.

On Friday, Chandler marked his 20th anniversary with the church, which he joined on Dec. 2, 2002, according to The Times. However, the Elders said in their letter that the timing was unintentional.

Chandler celebrated the occasion on Instagram and thanked the church for hiring him when he was just 28 years old. “I am at a loss for the invitation into this great journey the Lord put me on!” he wrote.

At Sunday’s service, Chandler thanked the TVC elders for their love and willingness to work with him following the scandal. “What a gutsy, godly group of men,” he said.

Lead pastor Josh Patterson told the congregation that the elders did not have second thoughts about Chandler resuming his duties as pastor after he accepted their discipline of the elders and heeded their plans, according to Christianity Today.