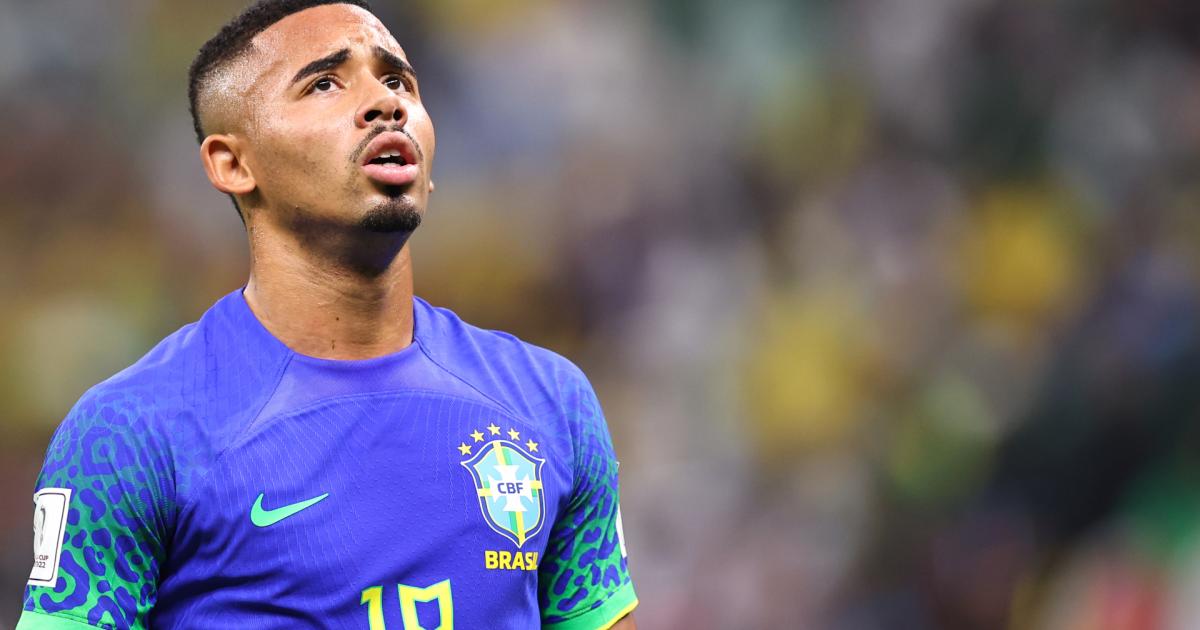 Arsenal striker Gabriel Jesus is set for a stint on the sidelines after undergoing surgery on his knee.

The 25-year-old was ruled out for the remainder of the World Cup after sustaining an injury during Brazil’s 1-0 defeat to Cameroon in the group stages.

And he has since been forced to go under the knife, prompting questions over when he will be able to return for his club.

How long is Gabriel Jesus out?

Arsenal confirmed the striker had undergone surgery on his right knee on December 6 and he’ll now begin his rehabilitation programme.

The club have not specified how long he’ll be sidelined for but according to the latest reports, Jesus could be facing up to three months out as he recovers from surgery.

That would represent a major blow to Arsenal, who are in the midst of an unexpected assault push for the Premier League title.

Typically 10-12 week return timeline coming off MCL (medial collateral ligament) surgery. Good news is the ligament heals quite well due to the robust blood supply. Timeline TBD depending on surgery & response to physio.

He has since scored five times in 20 appearances but has emerged as a key man in Mikel Arteta’s attack thanks to contributions beyond that relatively modest goal return.

The Brazilian has played a crucial role in leading the Gunners’ press, and his seven assists are testament to his work in providing a platform for the likes of Bukayo Saka and Gabriel Martinelli to excel.

His title-winning experience has also no doubt helped a young Arsenal team emerge as shock challengers to his former club City in the early months of the season.

Barely 9️⃣0️⃣ seconds into his Arsenal debut, GJ9 is on the scoresheet! 👊

Should Jesus spend three months on the sidelines, these are the matches he would miss.