Where to watch ‘The Curse of Von Dutch’? Release date, trailer and all about the controversial fashion story

Hulu’s upcoming true crime series, The Curse of Von Dutch: A Brand to Die For, features the rise and fall of an iconic label known for its trucker hats.

The apparel line essentially defined Y2K fashion, with everyone from Lindsay Lohan to Britney Spears sporting Von Dutch gear. NBA legend Dennis Rodman claimed everybody on the planet had a piece from Von Dutch.

The docuseries will expose the truth behind the trendy 2000s brand, showcasing how fashion turned fatal.

When is ‘The Curse of Von Dutch’ releasing?

The Curse of Von Dutch: A Brand to Die For will premiere on Thursday, November 18. All three episodes of the series will be released together.

Official trailer for ‘The Curse of Von Dutch’

The official trailer for this Hulu original is finally out. In this snippet, we see Ed Boswell, Bobby Von, and Michael Cassell. All of them claim to be the founder of Von Dutch.

Tony Sørensen was brought into the company as CEO by Cassell, but not everything about the firm was revealed to him when he started. 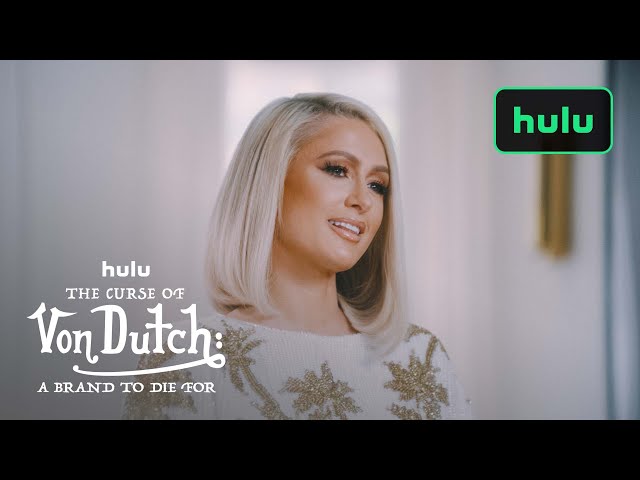 The trailer gives away a few secrets: such as a connection to money laundering, an encounter with a Colombian girl that has relations to the Escobar family, physical fights over disagreements, and a murder-for-hire plot.

Everything there is to know about ‘The Curse of Von Dutch’

The film’s director, Andrew Renzi, focuses on the brand’s downhill journey, and all the individuals involved with launching it from obscurity to one of the most recognizable labels in the world.

The series will feature celebrities such as Paris Hilton and Dennis Rodman.

The Curse of Von Dutch: A Brand to Die For’s official synopsis reads:

“Chronicles the unbelievable true story behind the rise and fall of the 2000s most iconic fashion trend. In this epic character-driven saga, Venice Beach surfers, gangsters, European garmentos and Hollywood movers and shakers all vie for control of the infamous brand — pushing it from obscurity to one of the most recognizable labels on Earth. After a decade of backstabbing, greed, and bloodshed, their lives – and pop culture – will never be the same.”

Many personalities such as European-fashion businessmen, mob members, Hollywood A-listers, and Venice Beach surfers were all in a race to be in charge of the highly sought-after brand.

The three-episode series is set to arrive on November 18, exclusively on Hulu.

Chanel Brought ’90s Hair to the Runway for Spring 2022

Chanel Brought ’90s Hair to the Runway for Spring 2022