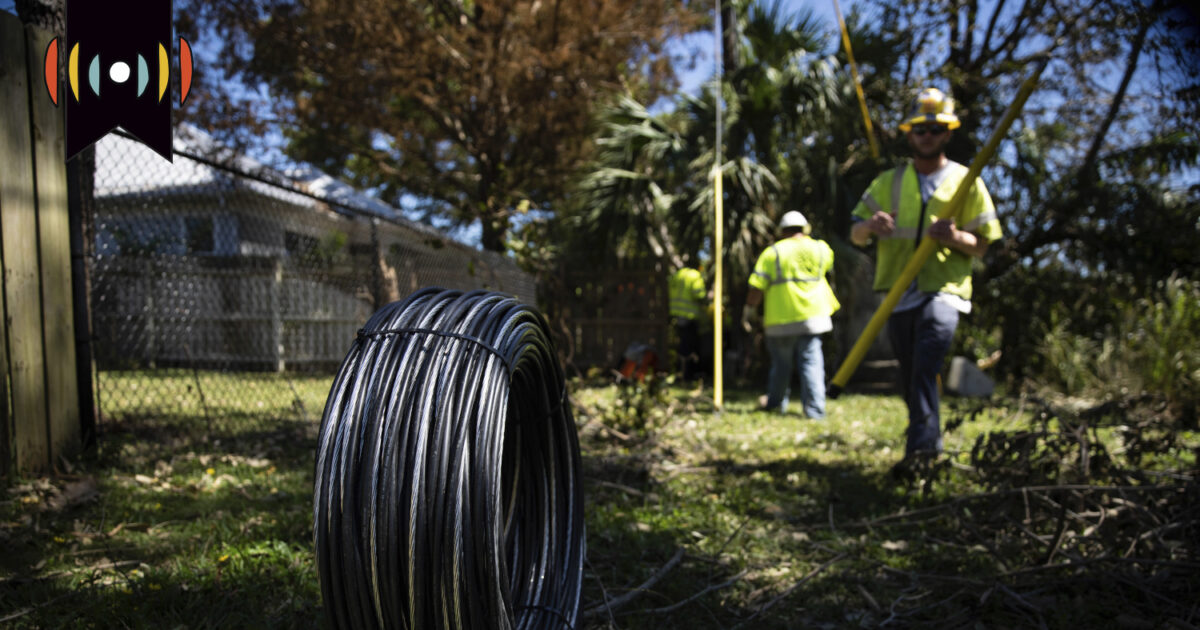 Hurricane Ian latest » In Florida, a slow wait for some to get power restored after Hurricane Ian.

AUDIO: It’s been a little stressful, you know, trying to keep everybody happy and do the best you can and help out your neighbors.

But overall, residents say power companies were well-prepared for this storm.

AUDIO: And in comparison even from this year to the last big storm, which was Irma for us, it’s incredible how good these guys did.

As of Tuesday night, about 375,000 customers were still without power.

DeSANTIS: I met some folks at the shelter last night whose homes were destroyed. I’ll tell you, though, their spirit was remarkable. They were thanking me and the Red Cross and everybody more than they were complaining about their own misfortune.

In Burkina Faso, protesters gathered in the capital city while diplomats met with the leaders of the country’s latest coup.

Traore told Radio France Internationale that he would hold free elections by 2024.

An ECOWAS mediator said the block would stand by the people of Burkina Faso.

This is Burkina Faso’s second coup this year.

The trial continues for five members of the Oath Keepers organization accused of plotting violence at the U.S. Capitol on Jan. 6 of last year. WORLD’s Josh Schumacher has more.

The recording suggests that the five defendants smuggled weapons to the Washington area to resist the transfer of power from Donald Trump to Joe Biden.

The five are charged with seditious conspiracy. Their attorneys maintain the Oath Keepers did nothing illegal.

Public filings show that Musk wrote a letter to the company, saying he would like to finish the transaction. The company said it intends to keep to the price of $54.20 per share.

Ann Lipton is a professor of Business Law at Tulane University.

LIPTON: I think at this point, from Twitter’s perspective, it wants absolute assurances that Musk is not going to back down again.

Twitter sued Musk when he tried to renege on the deal because he thought the company wasn’t honest about how many fake accounts are on its platform. The parties were scheduled for a trial in less than two weeks.

Twitter stocks soared on Tuesday after the news broke.

ANNA JOHANSEN BROWN, REPORTER: The Daily Beast claims to have seen a check and a get-well card sent by Senate candidate Herschel Walker to a former girlfriend.

The website reported the money and the card were related to an abortion she had more than a decade ago.

Walker vehemently denies the accusation and called the report a flat-out lie. Republicans are closing ranks and calling the news nonsense.

In the 1960s and 70s, Lynn sat atop the country music world. Her music highlighted the experiences of women in those turbulent decades. She also paid homage to her Appalachian roots.

Lynn won four Grammy Awards and in 1979 the Academy of Country Music chose her as the artist of the decade for the 1970s. Loretta Lynn was 90 years old.