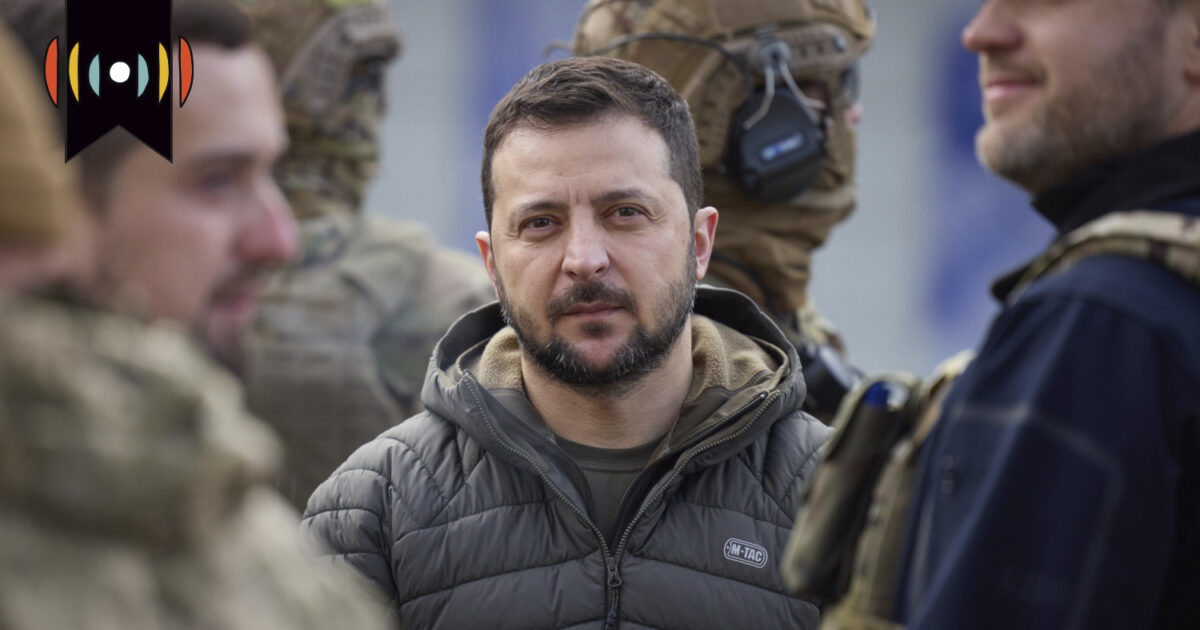 Missiles reportedly hit Polish border town » President Biden spoke to the president of Poland on Tuesday, just hours after at least one missile struck a Polish town along the Ukrainian border in NATO territory. He pledged support in investigating the matter.

But this much is now known: It was, in fact, a Russian-made missile that struck the village. Poland’s government confirmed that last night.

RYDER: When it comes to our security commitments and Article-5, we’ve been crystal clear that we will defend every inch of NATO territory.

The errant missile could mark a major escalation in the war. But Duda said his country does “not yet have unequivocal evidence of who fired the missile.”

Poland is putting some military units on high alert.

Russia power grid attacks / Biden asks for $37b in Ukraine aid » Meantime, in Ukraine, a Russian cruise missile soared across the sky above an apartment building … then, a flash of light in the clouds …

… and the missile was gone — shot down by Ukrainian air defenses.

But many other Russian missiles found their marks inside Ukraine.

Russia pounded Ukraine’s energy facilities Tuesday with its biggest barrage of missiles yet. It struck targets across the country, triggering widespread blackouts.

He told Ukrainians, I know that the strikes cut off our power supply in many cities. We will restore everything, we will survive everything.

Trump announces » At Donald Trump’s Mar-a-Lago resort last night, the 45th president of the United States told supporters that he intends to also be the 47th.

TRUMP: In order to make America great and glorious again, I am announcing my candidacy for president of the United States.

Trump is currently trailing Florida Gov. Ron DeSantis in several recent polls of likely Republican voters. But the former president said with all the challenges facing America, he is the only man for the job.

Pence book » But some Republicans disagree. And among them is Trump’s former vice president, Mike Pence.

After the Capitol riot last January, Trump would later say that by certifying the 2020 election results, Pence—quote—“didn’t have the courage to do what should have been done.”

In an interview this week with ABC, Pence described his reaction.

PENCE: It angered me. But I turned to my daughter who was standing nearby and I said it doesn’t take courage to break the law. It takes courage to uphold the law.

When asked if Trump should be the party’s nominee, Pence said I think there will be better options in the future.

Pence also hinted that he is considering a White House bid of his own.

KRISTEN FLAVIN, REPORTER: McCarthy won the GOP nomination for House speaker by a vote of 188-to-31. New and returning GOP lawmakers cast the ballots.

But McCarthy faces a weeks-long fight to quell objections from the right-flank of the party before a final vote in January.

McCarthy will need to gain support from no fewer than 218 lawmakers from when the new Congress convenes in January, leaving just a few votes to spare.

This all assumes Republicans take control of the House, which still is not official, but remains very likely.

Kemp testifies » Georgia Gov. Brian Kemp testified before a grand jury in the Atlanta area on Tuesday. A judge had ordered him to give evidence in a probe over whether former President Donald Trump and others illegally tried to interfere with the 2020 election in the state.

ANNA JOHANSEN BROWN, REPORTER: The Georgia heartbeat law protected unborn babies starting around six weeks into a pregnancy. But a judge ruled Tuesday that it violated the U.S. Constitution because it was enacted before the U.S. Supreme Court overturned Roe v Wade.

Fulton County Superior Court Judge Robert McBurney’s ruling took effect immediately statewide. But the attorney general’s office said it has appealed the decision. The law had been in effect since July.

The law blocked abortions once a “detectable human heartbeat” was present.

How to Make a Fishing Rod: Stick Pole DIY Steps