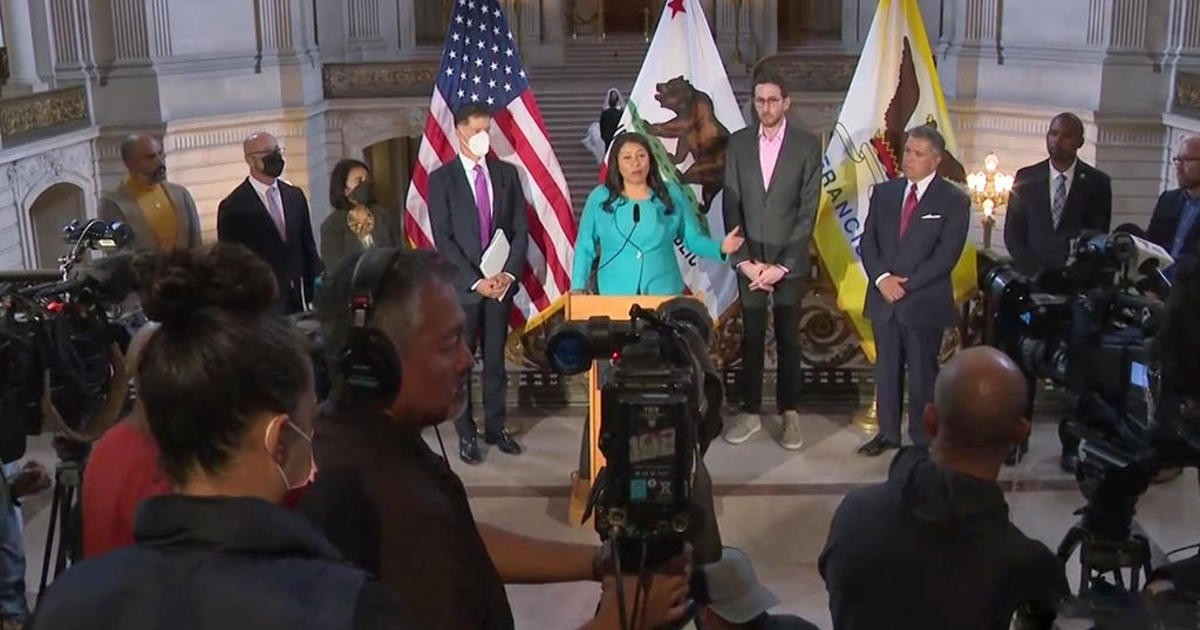 SAN FRANCISCO — San Francisco officials on Thursday announced they are declaring a public health emergency over monkeypox that will go into effect on August 1.

San Francisco Mayor London Breed tweeted about the declaration Thursday afternoon, saying it would allow the city to “dedicate resources to prevent the spread” of the virus and accelerate the health department’s emergency response.

The mayor’s tweet included a link to a Medium.com blog post that provided additional details regarding what the emergency declaration would mean for the health department’s response to monkeypox. The blog post also noted that San Francisco would not be “implementing behavior restrictions or other measures” as was done in response to the COVID-19 pandemic.

The declaration will also enable the city to expedite emergency planning and staffing in addition to helping San Francisco get emergency funding from the state and federal government.

“Our COVID-19 response has taught us that it is imperative that we mobilize city resources,” city Health Director Dr. Grant Colfax said in a statement. “The declaration helps us ensure we have all the tools available to augment our outreach, testing and treatment, especially to the LGBTQ+ [community] who remain at highest risk for monkeypox.”

On Wednesday, State Senator Scott Wiener called on San Francisco and California to declare a state of emergency over the spread of monkeypox.

Breed, Wiener and other city officials held a briefing early Thursday evening to give an update on the city’s monkeypox response and to talk about the low supply of vaccines available, saying San Francisco needs 70,000 doses of the vaccine to keep up with the growing demand.

“We want to make in known that San Francisco has one of the highest case rates already of monkeypox of any other major city in the country,” Breed said. “This is about the public health of the residents of the city. And so by sounding the alarm, what we’re saying is this is not going to be ignored; that this is a public health crisis. That we are in desperate need of vaccines to support the people of San Francisco.”

While more monkeypox vaccines will be coming to the Bay Area from the federal government’s allotment, the quantity will still not be enough to meet demand in the region.

The announcement came amid growing criticism that authorities have been too slow in deploying the vaccine, potentially missing the window to contain what could soon become an entrenched infectious disease.

Nearly two weeks ago, the Food and Drug Administration said it had finished the necessary inspections at Bavarian Nordic’s facility in Denmark, where the company fills vials of the vaccine. The FDA said via Twitter on Wednesday that the certification had been finalized. The doses are already in the U.S. “so that they would be ready to be distributed once the manufacturing changes were approved,” the agency said.

The U.S. already has sent more than 310,000 doses of the two-shot Jynneos vaccine to state and local health departments.

The federal government is sending out more than 4,200 doses of the vaccine to San Francisco, though it’s unclear when those shots will arrive. The quantity is slightly more than the number of vaccines received by San Francisco last week.

Officials said the amount falls well short of the request for 35,000 doses recently issued by the San Francisco Department of Public Health.

“Without enough vaccine supply, we would have trouble fulfilling our basic duty of keeping our communities safe,” the agency said in a statement.

KPIX 5 spoke with Frank Strona, the San Francisco Department of Public Health’s lead on the city’s monkeypox response, on Thursday.

When asked about the department’s allocation strategy, Strona said, “Luckily for each of our allotments that we’ve been able to get, we’ve been able to turn them around significantly quick and get them out. So of the approximately 7,800 doses we’ve received, we have been able to put just under 6,800 of those doses into people’s arms.”

Strona said when the next expected batch of vaccines is received, the city plans to do the same thing: roll the doses out as quickly and as efficiently as possible. Strona also said those people who are unable to get the monkeypox vaccine need to do as much as they can to reduce their risk of exposure.

“I think it is really important for folks to understand that this is a dance. It really is about self-assessing where you put yourself at risk. If you find that you have symptoms, see your medical provider. That’s the most important thing to stop the spread. Any time you have a sore or a rash, you can potentially expose it to somebody else. So be cognizant of that,” said Strona.

On Thursday afternoon, the San Francisco Department of Public Health tweeted that the arriving 4,220 doses would allow the city to reopen its drop-in monkeypox vaccination clinic on Aug. 1. Residents can also schedule a vaccination appointment at the SFDPH website.

People all over the Bay Area are dealing with the vaccine shortage, with many waiting in long lines to get the monkeypox shot.

Lines stretched for blocks in Berkeley Wednesday with a number of people being turned away. Santa Clara County also held a monkeypox vaccine clinic Wednesday, but again officials said they didn’t have enough doses to accommodate everyone who wanted the shot.

With the high concentration of confirmed cases in San Francisco and California, the rush to get treatment is on.

Cody said that the years of the COVID pandemic have prepared health teams for response to monkeypox.

“A little silver lining in difficult times, we have a lot of experience though COVID and our teams are ready doing what they know how to do best,” she said.

County health officials also announced they have opened up a clinic at the Santa Clara County Fairgrounds Expo Hall for monkeypox vaccine efforts with 380 appointments already fully booked for Wednesday and Thursday.

The California Department of Public Health has set up a web page that outlines the distribution of monkeypox vaccine doses received by the state so far.

CDC updates the status of the ‘tripledemic’ – KGOU

CDC updates the status of the ‘tripledemic’ – KGOU

Putin says sanctions are a ‘danger’ to the world; Ukraine counterattacks in Kharkiv while Russian troops are occupied in the south – CNBC