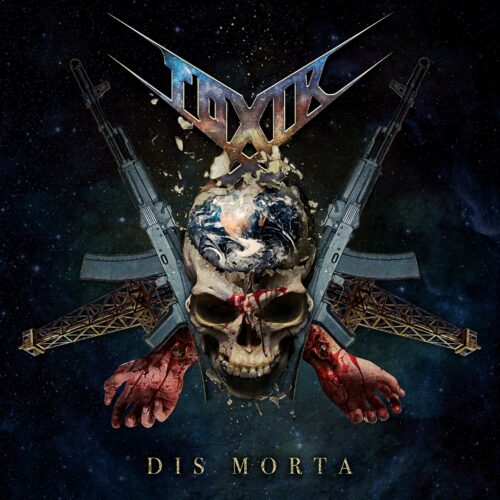 Founded in 1985, New York thrashers Toxik released two albums before vanishing into obscurity. 1987’s World Circus (think Anthrax meets Sanctuary) and 1989’s Think This (think Cowboys-era Pantera meets Megadeth) have enjoyed cult-classic status ever since thanks to the band’s phenomenally technical playing, insane vocals, and bizarre songwriting. The band broke up in the early 90’s and briefly reformed in 2007 and again in 2013. Ever since then, founding guitarist—and only remaining original member—Josh Christian has been slowly but surely assembling the pieces for the band’s triumphant return. After a string of EPs released through the mid-to-late twenty-teens, Christian seems to have settled upon a stable lineup and is ready to unleash Toxik’s first full-length in over twenty years. How does comeback platter Dis Morta stack up against the band’s classics, you ask? Let’s find out.

If Think This was Toxik’s Captain America, then Dis Morta was injected with the same super-soldier serum and exposed to massive amounts of gamma radiation, because this record smashes. Dis Morta follows a bit of the same formula as its geriatric predecessor, but a massive modern production takes the classic Toxik sound and firmly plants it into the new millennium. Old Toxik used samples and spoken word to get their message across, and Dis Morta starts in similar fashion with the title track, a track that essentially serves as a harbinger of the onslaught that will follow. First single “Power” comes next and instantly attempts to melt your face with a barrage of technically impressive, high-flying leads. The song’s chorus really showcases vocalist Ron Iglesias, who can effortlessly transition between angry thrash snarls and piercing falsetto wails. So far, so good!

I still remember how floored I was when I first heard the frenetic intro to “The Persecuted Won’t Forget,” just one of the many killer tracks on Testament’s 2008 masterpiece, The Formation of Damnation, and there are multiple tracks on Dis Morta that achieve that same effect. “Feeding Frenzy” employs one of the most awesome thrash intros I’ve ever heard, and it’s matched by “Straight Razor” and one of my personal highlights on the album, “The Radical.” The latter starts with one of the greatest samples of all time (do NOT open this link or play the song at work!), and that sample perfectly feeds into an absolutely killer intro comprised of thick grooving riffs and some molten soloing. And as just one example of how Toxik weaves strange elements into their thrash, “The Radical” also uses some guitar leads that sound like they came straight off of a Blind Guardian track. 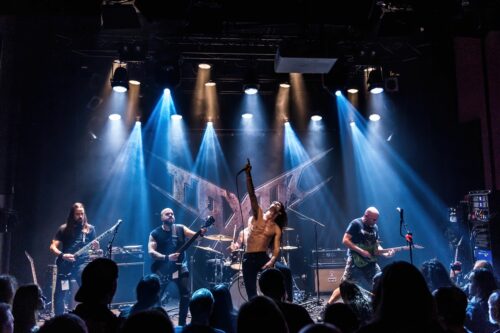 I won’t blame you at this point if you’re thinking that I’m merely describing a very good thrash album, but in reality, Dis Morta is much more than that. Toxik can thrash with the best of them, but they also push into the progressive metal territory inhabited by bands like Nevermore and Witherfall, as evidenced by tracks like “Creating the Abyss,” “Chasing Mercury,” and “Hyper Reality.” As if the album’s more “straightforward” moments weren’t impressive enough, these proggy songs show the band using jarring rhythmic changes and dissonance in such a way that they might appeal to fans of old-school tech-death. I can see Iglesias’ vocals being a potential dealbreaker for some listeners, but I think they’re fantastic. They remind me a lot of The Offering’s Alex Richichi, and I love the way they mesh with both the band’s thrashier and proggier music. With so much going on here, it took me a few listens to wrap my head around all of the tracks, but after investing the proper amount of time, I can safely declare them all to be bangers. And I’m still finding new nuggets of awesomeness on each and every listen.

Over two decades after their last full-length release, Toxik have exploded back into metal relevance and transcended genre boundaries while doing so. Not only is Dis Morta a great modern thrash album, it also stands to please fans of the groove-oriented progressive metal of bands like Nevermore and The Offering. Dis Morta? Dis good.

Give in to Your Anger:

Can I get vaccinated for monkeypox? APH updates public on its vaccine efforts – KXAN.com

Can I get vaccinated for monkeypox? APH updates public on its vaccine efforts - KXAN.com