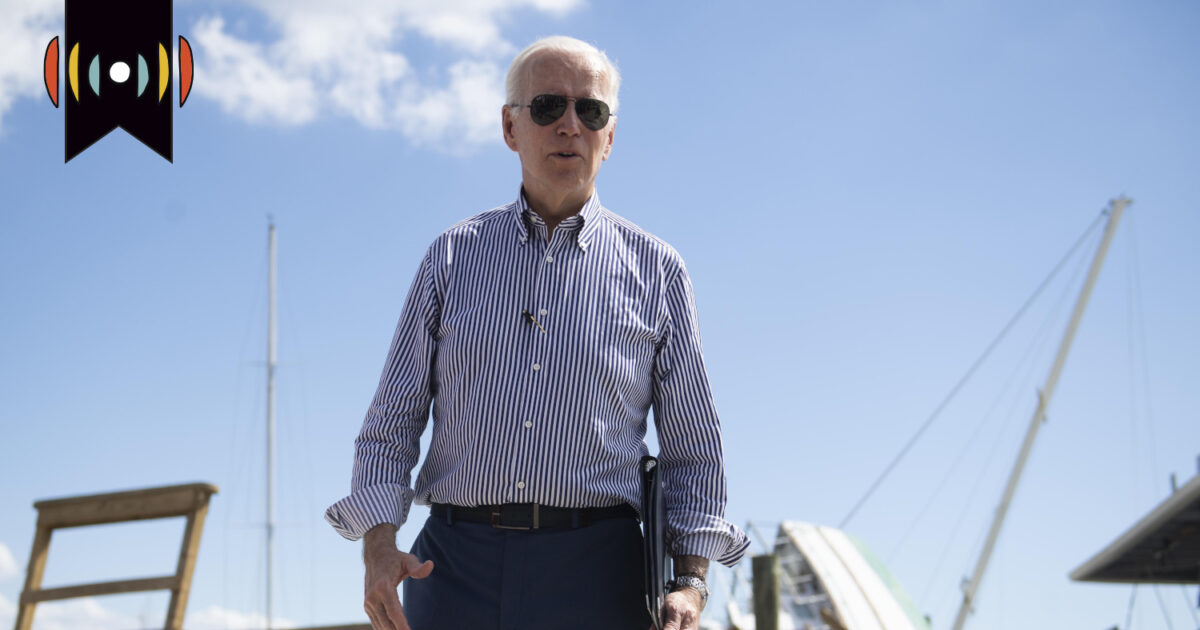 BIDEN: You got to start from scratch and move again. And it’s going to take a lot, a lot of time, not weeks or months. It’s going to take years for everything to get squared away in the state of Florida.

The president saw the damage himself this afternoon when he took a tour of Florida from the air.

DESANTIS: So, I’m just thankful that everyone’s banded together. We’ve got a lot of work to do here, but I’ll tell you, the spirit of the people of this state in southwest Florida has been phenomenal.

DeSantis said the White House got help on the ground faster by approving an emergency declaration… before Hurricane Ian made landfall.

During a live-fire drill with the United States, a South Korean ballistic missile plowed into the ground, scaring residents in the nearby city of Gangneung.

South Korean officials said the explosion did not kill or injure anyone and the warhead did not explode. Burning rocket fuel caused a fire.

The United States and South Korea have been conducting military exercises in response to increased missile tests by North Korea. The exercises are intended to demonstrate the two countries’ ability to deter a North Korean invasion.

The three scientists—Carolyn R. Bertozzi, K. Barry Sharpless and Morten Meldal—received the award yesterday for their work on “click” chemistry.

The scientists developed ways of snapping molecules together to make new molecules that can be used to make cancer drugs, map DNA, and create specialty materials.

BERTOZZI: Thank you so much, all of you. I’m absolutely stunned. I’m sitting here. I can hardly breathe.

The award caps off the Nobel Prizes for science.

Monday’s award for medicine went to Svante Paabo for his work tracing the history of the genomes of humans and Neanderthals. Tuesday’s award for physics went to three physicists—Alain Aspect, John F. Clauser, and Anton Zeilinger—for their work studying quantum entanglement.

Trump Mar-a-Lago case » Donald Trump is asking the Supreme Court to intervene in his legal battle with the Justice Department. WORLD’s Mary Muncy has more.

MARY MUNCY, REPORTER: Trump’s lawyers asked the Supreme Court yesterday to overturn the decision by the 11th Circuit Court of Appeals. That decision gave the Justice Department access to documents marked as classified when they were seized from Trump’s Mar-a-Lago estate.

Trump’s lawyers say a special master needs to review the documents to determine if they are indeed classified and whether they are personal records or presidential records.

The Justice Department is still investigating how Trump and his aides handled presidential records when he left office.

OPEC and its allies are cutting production by 2 million barrels a day starting in November.

PIERRE: OPEC’s decision to cut production’s quotas is short-sighted while the global economy is dealing with the continued negative impact of Putin’s invasion of Ukraine.

But the U.S. government says the countries were already underproducing by nearly 3.6 million barrels a day. So the change might just align the target with production.

BLINKEN: We are working to the best of our ability to ensure that energy supply from wherever is actually meeting demand.

OPEC-plus said it cut the total because of uncertainty in the global economy and oil markets.

Protests have sprung up in at least 80 cities in Iran in the past two weeks, some of them ending in violent crackdowns.

Protesters say the police beat a 22-year-old woman to death while she was in their custody. They had detained her for not following rules about head coverings.

The police said she died of “sudden heart failure.”

Girls across the country have been burning their head coverings in protests and it sparked a global movement.

The Norway-based group Iran Human Rights said security forces have killed at least 133 people so far in the crackdown.