Episodes three and four of “The Last Dance” premiered last Sunday as the world watched Dennis Rodman’s mesmerizing journey and also how the Detroit Pistons cemented themselves as some of the toughest guys in the NBA.

Spinnaker’s sports crew gave their hot takes, feedback and a different range of opinions on the last two episodes and what they are looking forward to in the next six episodes.

The next two parts of “The Last Dance” premiere this Sunday night at nine eastern on ESPN. 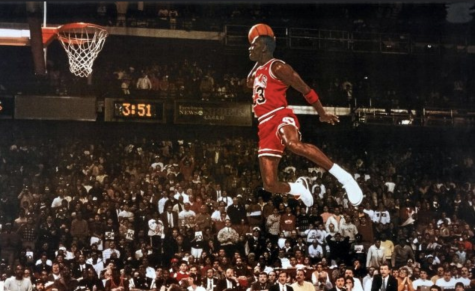 Coming off five previous championships with the Bulls, Michael Jordan searches for his sixth in “The Last Dance” Image: Kip-koech on flickr

Once again, the team at ESPN did a phenomenal job and crafted an extraordinary story in the latest two installments of The Last Dance. The last two episodes lived up to the hype and featured never before seen footage that caught the eyes of many.

A major talking point in the third episode was Dennis Rodman and his off-court antics. He seemed to always surprise his teammates and the media with his hair styles and what he would do in his spare time. His planned 48-hour vacation to Las Vegas turned into a much longer one and even Michael Jordan couldn’t believe what Rodman was doing. He seemed to love time away from basketball, and his questionable decisions shoveled him into the public eye. The legacy of Dennis Rodman on the court was well received and his work ethic on both sides of the basketball continues to be highly regarded.

The fourth episode highlighted Michael Jordan’s introduction into basketball legacy when he finally broke through to become an NBA champion. The “Bad Boy” Detroit Pistons were shown in great detail in this episode for their toughness on the basketball court and their use of the famous Jordan rules. Isiah Thomas and the Pistons were a force to be reckoned with and when Jordan and the Bulls finally figured out a strategy that worked, they swept the Pistons and went on to win their first NBA title together. The Pistons famously refused to shake hands with the Bulls after the loss and ultimately wouldn’t win another championship until 2004.

Overall, this show continues to keep me interested week in and week out and after seeing how emotional Jordan was after his first NBA title, and the drama that came with the “Bad Boy” Pistons, it will be fun to watch the next six episodes to see just how creative the producers will get.

From Dennis Rodman’s short-lived vacation in Vegas to Isiah Thomas and the Pistons refusing to shake the Bulls’ hands after being swept in ’91 (and Horace Grant’s quality choice of words), the newest episodes of ‘The Last Dance’ took us on a wild ride.

The show provides us with a view of some classic moments in NBA history, like Michael Jordan’s raw emotion while clutching the Larry O’Brien trophy for the first time. However, the trade off comes in the show’s structure – or seeming lack thereof.

Although the focus of the documentary is supposed to be on the ’97-’98 Bulls, the show travels back and forth in time at will. There were moments when I thought the topic was the Last Dance (the ’97-’98) season, but was shocked to see Dennis Rodman wearing a Pistons uniform and the year was actually 1991.

Despite its flaws, ‘The Last Dance’ is still a quality documentary with an incredible, unprecedented behind-the-scenes glance at greatness. I have my couch booked for next Sunday at 9 p.m. to do it all over again.

Dennis Rodman may be the most interesting man in the world. He came from a small school in Oklahoma to being the best rebounder in the NBA at the time. Part one showed how he came to be this larger than life, flamboyant figure.  In the 90’s, people thought that his fashion choices were controversial but I think it would be more accepting in 2020. It’s incredible to see how Michael Jordan took him in and held him in check with the Bulls. The best part of this had to be Rodman explaining how he prepared for rebounding with crazy hand gestures, almost like he was trying to catch a fly.

The rivalry between the Bulls and Pistons in the late 1980’s-early 90’s was fun to watch because of their continuous beef with each other. The teams were polar opposites: the Pistons were the bad boys and the Bulls were this dynamic team that people came to watch solely because of Jordan. The Pistons weren’t afraid to get physical and they proved this with the Jordan Rules: a defensive scheme to prevent Jordan from scoring. Whenever Jordan came in the paint with the ball, the duo of Rick Mahorn and Bill Laimbeer would hack him. To this day, Jordan still has beef with Isiah Thomas because he walked off the court after the Pistons were about to lose to the Bulls in the eastern conference finals with time left on the clock.

For more information or news tips, or if you see an error in this story or have any compliments or concerns, contact [email protected].

20 chic scrunchies that will instantly elevate any look

20 chic scrunchies that will instantly elevate any look

This popped up on my feed this morning. From the badly drawn and unneccessary arms to the font, this is just dreadful

Big Catla Fishing By Arif In The Village Fishing Festivals

6 Fun Things To Do On Weekends In The Fall