Cyclone Tauktae: India lashed by strongest storm to ever hit west coast as it reels from Covid 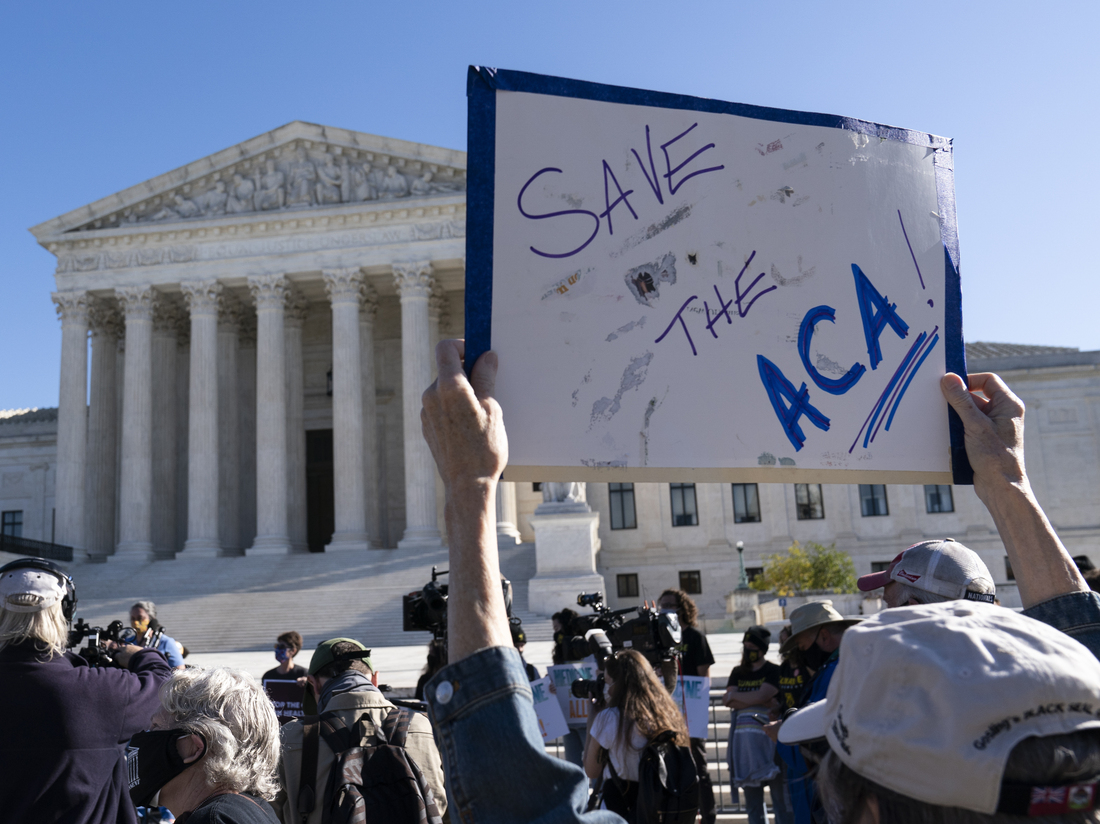 A demonstrator holds a sign in front of the U.S. Supreme Court, which heard arguments Tuesday on the future of the Affordable Care Act. 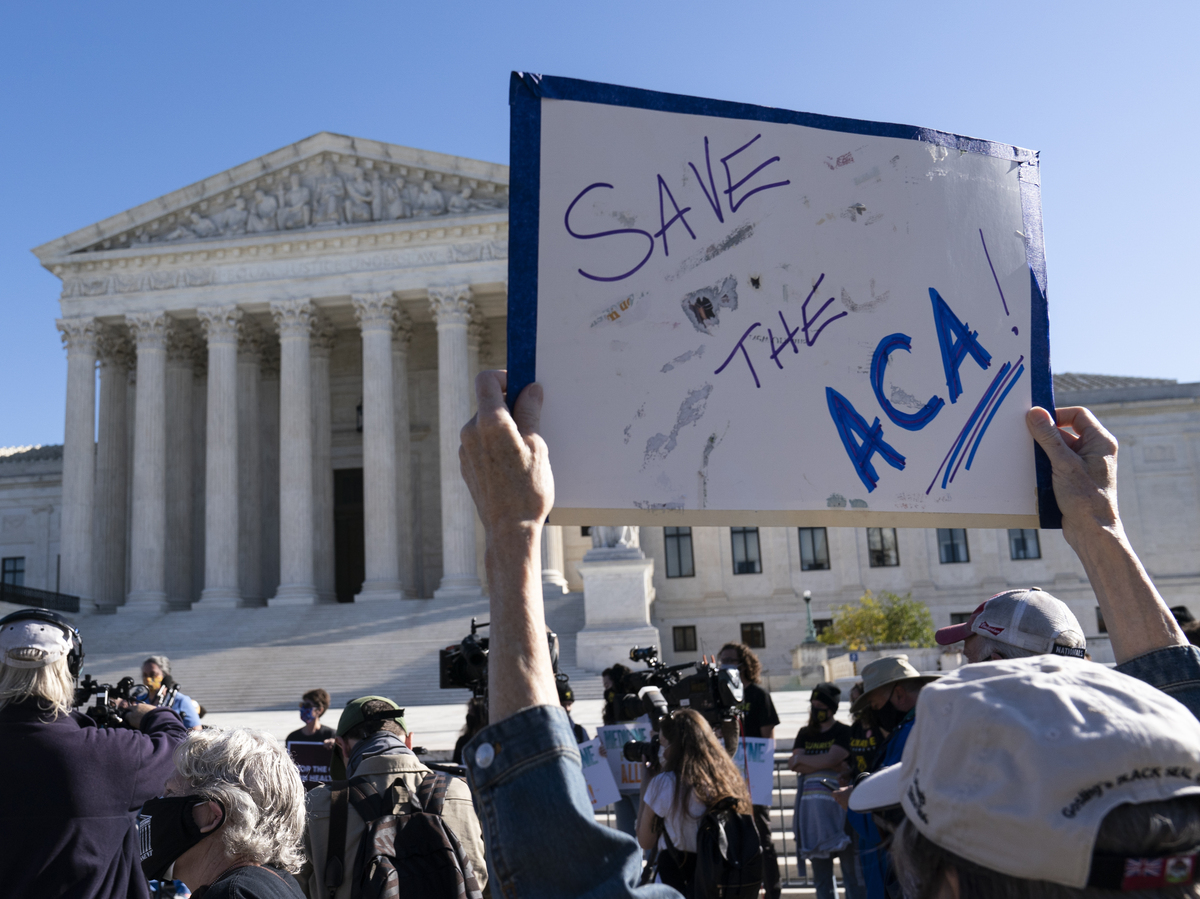 A demonstrator holds a sign in front of the U.S. Supreme Court, which heard arguments Tuesday on the future of the Affordable Care Act.

The Supreme Court, with a newly constituted and far more conservative majority, took another look at Obamacare Tuesday. But at the end of the day, even with three Trump appointees, the Affordable Care Act looked as though it may well survive.

To many, it may have seemed like déjà vu.

Yes, the Supreme Court did uphold Obamacare eight years ago. It ruled that the so-called mandate, requiring people to either have health insurance or pay a penalty, was constitutional because it amounted to a tax. But in 2017, Congress decided it did not need the penalty, and zeroed it out. At the time, not only congressional leaders, but President Trump crowed about “terminating” the mandate.

But on Tuesday, the Trump administration and a group of GOP-dominated states, including Texas, were back in the high court with a new challenge. They contended that because the mandate language is still on the books, and because the mandate was so interwoven with other provisions of the Affordable Care Act, the whole law should be struck down in its entirety.

“What’s before the court today is an enormously consequential statute,” he said. “It provides health insurance and other life-saving benefits and protections to hundreds of millions of Americans.”

Also defending the law was the House of Representatives, and its lawyer Donald Verrilli, who eight years ago successfully defended the mandate as the Obama administration’s solicitor general. Chief Justice John Roberts reminded Verrilli of that argument.

“Eight years ago, those defending the mandate emphasized that it was the key to the whole Act” Roberts said. “But now the representation is that, ‘Oh no, everything’s fine without it.’ Why the bait and switch?”

Verrilli replied that in 2010 Congress made “predictive judgments” that the penalty was needed to get people to buy insurance, but in 2017 the Congressional Budget Office concluded that the market would remain the same even if the penalty were zeroed out. “Congress is allowed to learn from empirical evidence … and adjust its policy choices,” said Verrilli. “And that’s what happened here.”

Justice Amy Coney Barrett wondered aloud why the court should not strike down the mandate since it raises no revenue now, and thus could no longer be justified under Congress’ taxing power.

But when the lawyers seeking to have the whole law struck down began to argue, they ran into real push-back, and not just from the court’s liberals.

Chief Justice Roberts, addressing Texas Solicitor General Kyle Hawkins, said, “I think it’s hard for you to argue that Congress intended the entire Act to fall if the mandate were struck down when the same Congress that lowered the penalty to zero did not even try to repeal the rest of the Act.”

And with a jab at congressional Republicans, Roberts added, “I think, frankly, that they wanted the Court to do that. But that’s not our job.”

Moments later, Roberts was even more explicit, pointing to what is called the court’s doctrine of severability. It calls for the court to preserve the rest of a law when it can, even if one provision or another is struck down. Roberts explained that, “here, Congress left the rest of the law intact when it lowered the penalty to zero. That seems to be compelling evidence on the question.”

Justice Brett Kavanaugh echoed the chief justice’s sentiments, saying, “It does seem fairly clear that the proper remedy would be to sever the mandate provision and leave the rest of the Act in place, the provisions regarding preexisting conditions and the rest.”

Justice Clarence Thomas chimed in with this question for the Texas solicitor general: “The individual mandate now has no enforcement mechanism, so it’s really hard to determine exactly what the threat is … of action against you.”

Justice Sonia Sotomayor said that the argument for striking down the whole law, without proof of substantial harm to anyone, including Texas and other conservative states, did not make much sense. “At some point, common sense seems to me would say, ‘Huh?'”

And when the Trump administration’s Jeffrey Wall, the acting solicitor general, weighed in, arguing for the whole law to be struck down, he took incoming flak even from Justice Samuel Alito.

“At the time of the first case, there was a strong reason to believe that the individual mandate was like a part in an airplane that was essential to keep the plane flying,” said Alito. “But now the part has been taken out, and the plane has not crashed. So, if we were to decide this case the way you advocate, how would we explain why the individual mandate in its present form is essential to the operation of the Act?”

A decision is expected in the case later in the term.

Cyclone Tauktae: India lashed by strongest storm to ever hit west coast as it reels from Covid

Police unions shift stance on protecting bad officers: ‘You’ve got to deal with those who take advantage of the situation.’