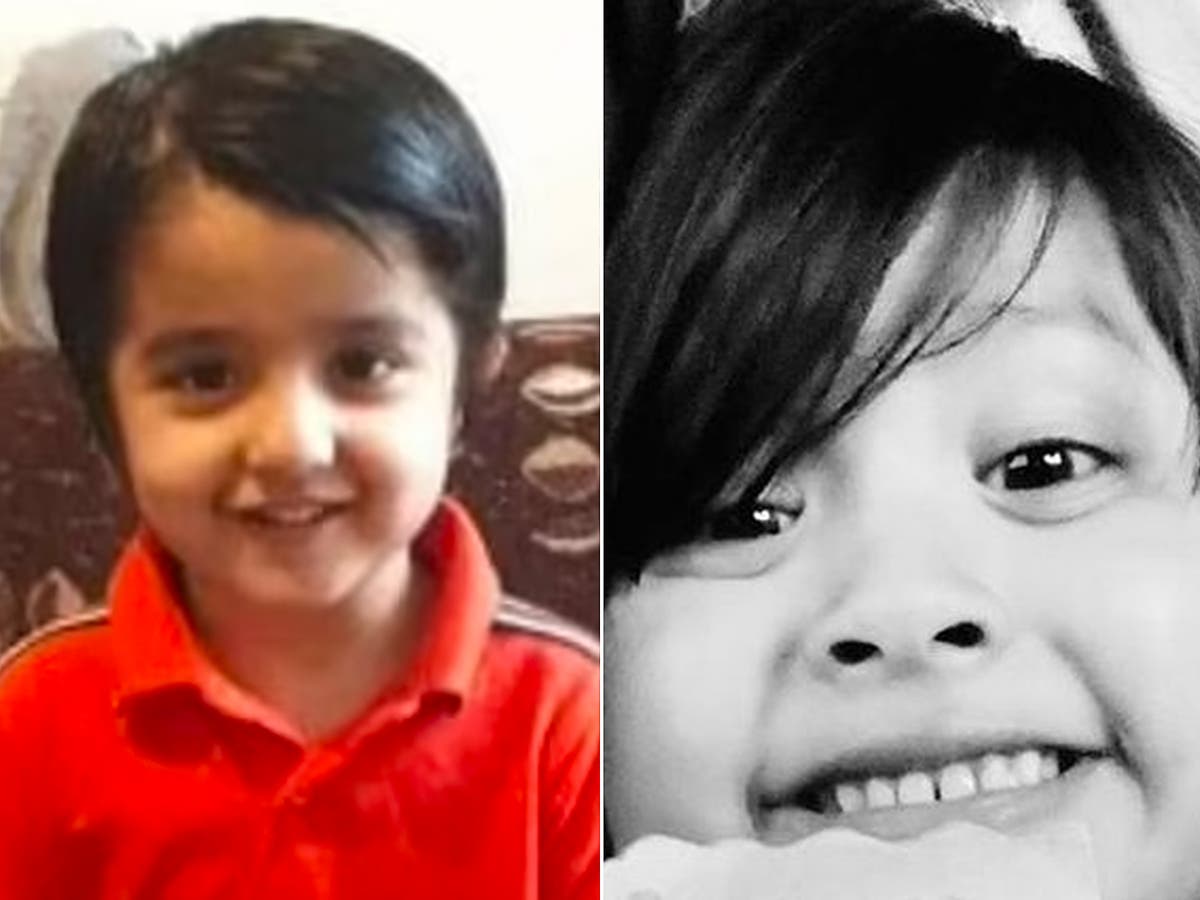 A pupil who attended a primary school in Belfast died on Monday after being diagnosed with a severe form of Strep A, her school has confirmed – bringing the UK-wide death toll to nine.

The schoolgirl developed a severe illness last week and was treated at the Royal Belfast Hospital for Sick Children, where she had been in intensive care.

“This is a tragic loss to the Black Mountain Primary School family and our school community, and the thoughts of the entire school are with the pupil’s family and friends at this difficult time.”

Nine children are confirmed to have died from Strep A in recent weeks, and the UK Health Security Agency (UKHSA) has confirmed there has been an increase in infections.

While the vast majority of infections are relatively mild, sometimes the bacteria causes a life-threatening illness called invasive Group A Streptococcal disease.

Earlier peak for Strep A cases this year, says Barclay

The NHS is “seeing an earlier peak than usual in terms of cases” of Strep A, health secretary Steve Barclay has said, adding “there is no new strain”.

Responding to a question in the Commons from shadow health minister Feryal Clark, he told MPs: “(She) does raise an important issue and I know it is one that is concerning to many families across the country, and it’s therefore helpful to be able to just reassure the House in terms of our response on that.

“Firstly, whilst GPs are important in this, so are directors of public health and they are leading the response in areas including the liaison with schools. We are seeing an earlier peak than usual in terms of cases, these cases.

“We believe this is due to lower exposure during the pandemic which has then (meant) to lower immunity. There is no new strain and that I think is one of the key points in terms of reassurance, but the UK Health Security Agency (UKHSA) has declared a national standard and that enables them to better co-ordinate our response including across schools.”

What to do if you think your child has Strep A

Nine children have now died from an invasive condition caused by Strep A, it has been confirmed.

Health officials are now urging parents to look out for symptoms of scarlet fever in their children following a spike in cases driven by a recent increase in Strep A infections.

Data released by the UK Health Security Agency (UKHSA) indicates that the number of scarlet fever cases remains significantly higher than would typically be expected at this time of year.

The UKHSA has advised medics to have a low threshold for prescribing antibiotics for children who may be suffering infection linked to Strep A.

On Friday, it said GPs should also “maintain a low threshold for prompt referral” to hospital of any children presenting with persistent or worsening symptoms.

Meanwhile, updated guidance on scarlet fever outbreaks, which are caused by Strep A, published by the UKHSA in October sets out how antibiotics can be used as prophylaxis but a decision is taken with local outbreak control teams (OCTs) on “a case-by-case basis”.

It added: “It can be considered in exceptional circumstances by the OCT; for example, when there are reports of severe outcomes, or hospitalisations.”

Health officials are urging parents to look out for symptoms of scarlet fever in their children following a surge in cases driven by a recent increase in Strep A infections.

According to the most recent data from the UK Health Security Agency (UKHSA), the number of scarlet fever cases remains higher than would typically be expected at this time of year. There were 851 cases reported in week 46 compared with an average of 186 in the preceding years, the agency said.

The illness is caused by a species of bacteria called Group A Streptococcus. These bacteria also cause other respiratory and skin infections, such as Strep throat and impetigo.

Read our report in full here:

Strep A ‘circulating’ in across whole of UK, says health official

Dr Philip Fields, a consultant at the Public Health Agency, said Strep A is circulating within the UK, including Northern Ireland.

“For the majority of people it will be an unpleasant infection that will resolve, but sadly, as we have heard with the tragic news, it can lead occasionally to very severe illness,” he told the BBC.

“We are keen to communicate to parents and schools what to watch out for for scarlet fever, that is, a sore throat, a high fever – a temperature above 38 degrees – or the appearance of a red raised rash on the skin, sandpapery or leathery feel to it. If any of those develop in an adult or a child, we’re encouraging them to speak to their doctor for further advice.”

He said the proportion of serious illness so far is “broadly in line with what we have seen during previous spikes”, but said they will keep the data and surveillance under constant review to watch for any unexpected increases.

Two children have been hospitalised with Strep A in County Down, Northern Ireland, a primary school principal said.

He said 34 children out of 48 were off school that day.

“Every winter we will see quite a level of sickness at various stages, and over the last couple of weeks we have had that as usual but we have noticed last week the numbers were probably higher than normal,” he told the BBC.

“Children were starting off with a sore stomach quite a lot, they were having a temperature, they were feeling unwell, aches and pains, in many cases it sounded a little bit like the flu, but on Monday morning we discovered that quite a number of children had confirmed cases of either strep A or scarlet fever, it’s spreading quite quickly.

“At break time yesterday (Monday), I was told that two of our children had been hospitalised, so at that point I immediately contacted all of the parents, made them aware of our concerns that this was something that was potentially more serious.

“We still have a child in hospital today (Tuesday). I’ve been told that the child is on oxygen and is still quite poorly, and hasn’t been well since yesterday. We’re just praying for the child that he will be fine.”

Watch: What is Strep A and what are the symptoms?

People ‘right to be worried’ about Strep A, says health expert

Adam Finn, professor of paediatrics at the University of Bristol, told Times Radio that people are right to be worried after a number of children died with Strep A, saying “it’s an enormous tragedy for these families”.

“We’re not used, in our society, to losing the lives of previously healthy children – this is something that’s very shocking and concerning,” he said.

“What we’ve got to do is get the balance right here; on the one hand not alarm people whose children are mildly ill = and there are a lot of mildly-ill children around at the moment – and at the same time help people and support people to seek care and attention when their children become seriously ill, relentlessly sicker and sicker as the hours go by. Those are the children that need to be urgently seen.”

He said children with “run of the mill” viral infections can feel unwell and then better again, and “things go up and down”, and they continue to eat and drink.

“Children who’ve got invasive bacterial infection, they don’t have those episodes of feeling better – they just get worse and worse,” he said.

“They stop eating, they stop responding, they sleep a lot. They might complain, if they are awake, of aches and pains and headaches.

“They might have a rash or a sore throat or tummy ache, but they just get sicker and sicker.

“When you see that progressive decline, that’s the time to get the child to medical attention.”

Holly Ramsey, from Kent, has revealed how at the end of November she faced a 12-hour wait for a call back from NHS 111 services for her poorly six-year-old twins and five-month-old baby.

She said initially when her twins were ill with a cough and fever during the evening she was directed to NHS 111 online services as the call services were experiencing “high level of demand”.

Dr Colin Brown, deputy director of the UKHSA, has suggested that a lack of mixing due to the Covid pandemic, with changes to mixing and susceptibility in children, are probably “bringing forward the normal scarlet fever season” from spring to this side of Christmas.

On advice to parents, he told Sky News: “I would say to be alert for anything that you are concerned about with regards to severe illness in your child.”

He said invasive Strep A infections cause serious illness, with signs such as a lack of urine, a child being floppy and unresponsive, difficulty in breathing, “or if there’s just anything that you feel that is out of the ordinary, particularly on the back of having a bad sore throat, scarlet fever or respiratory viral illness”.