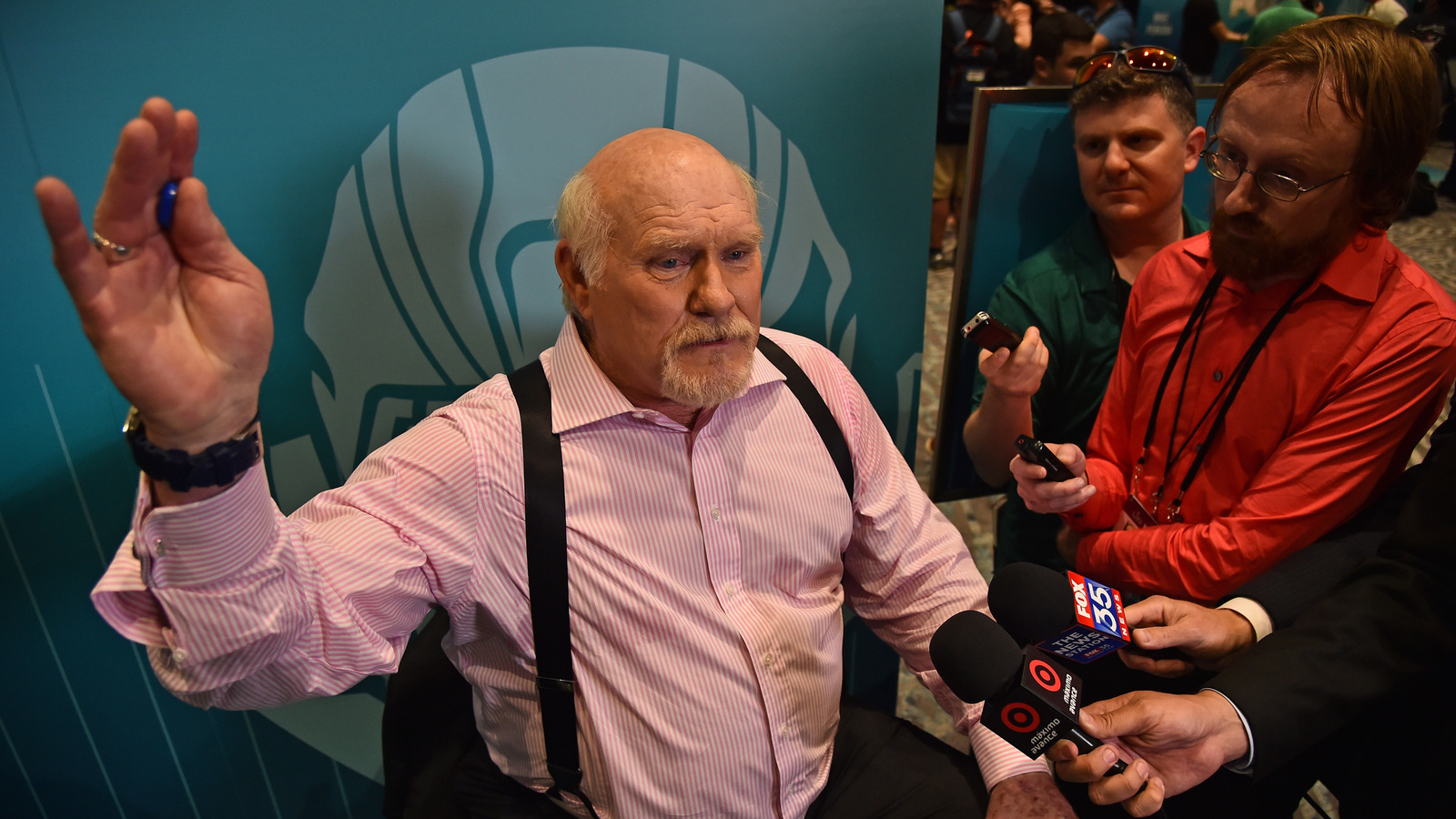 Pittsburgh Steelers legend, Terry Bradshaw generated a lot of concern this week about his appearance on the last broadcast of Fox NFL Sunday. Social media was ablaze with speculation about his health and his ability to perform up to his usual standards. The vast majority of the reaction was from fans who were genuinely concerned about one of their favorite TV personalities.

Information about the 74-year-old Hall of Fame quarterback’s health status continues to trickle into the public space. Bradshaw has battled depression since being diagnosed almost 27 years ago. He recently shared his philosophy with Men’s Journal about how he learned to deal with depression and seemed to indicate a willingness to go out like a Spartan warrior on his shield:

“There’s a part of me that says, how long can you do television,” Bradshaw said. “I am not through, I can tell you that. I live to entertain. Billy Graham said the minute you retire is the minute you start dying. I want to go on stage. What if I die on the Fox pregame show? I’d get the big numbers, right?”

Speaking for many fans of the iconic star of the gridiron, stage, film, and television, let us hope it does not come to that. Bradshaw has presented the image of strength for generations of Steelers fans and football fans who only know him as a broadcaster. Before he was diagnosed with clinical depression, he suffered privately from intense bouts of anger, alcohol abuse and anxiety attacks:

“People say it’s so courageous to reveal you have got depression,” Bradshaw continues. “It’s not an act of valor. I’m not overcoming any shame to talk about it, I’m proud of it. To think coming out with depression as a sign of weakness is wrong, it has to represented as an illness, period.”

One of Bradshaw’s appeals is that he keeps things simple. He has never strayed from his country boy roots and is often underestimated because he talks with a southern drawl. He has been shrewd enough to carve out a six-decade relationship with America as he has now been retired from football for 40 years. His current health issues are not from depression, he recently underwent radiation treatments for cancer in March, not for a non-cancerous tumor as was previously reported. Bradshaw clarified his health situation on a Facebook live stream:

Bradshaw cancelled all of his appearances in Branson, MO for his popular one-man show for the next six months. He cited health reasons and based on his love of performing, the issues are probably pretty significant. If Bradshaw is struggling with temporary issues with part of his face and jaw speaking to a crowd continuously for the length of a stage show, could be incredibly difficult:

“I have a lung issue from surgery,” Bradshaw continued. “A nerve was blocked and what is happening now is asthma. I have been dealing with a lot of stuff, I’m not someone who wants to talk about it and say, ‘Woe is me, poor Terry.’ I am just telling you, so people shut up.”

Bradshaw’s preferred social media platform is Facebook and he often updates fans directly on his life in general. He also addressed on the video, the sale of his ranch yesterday and that a deal fell through recently. He has been attempting to sell the property for several years. He frequently takes to live streaming to update fans and is one of the most transparent and accessible stars on the American landscape.

The Steelers are retiring Franco Harris’ number on Christmas Eve before they play the Las Vegas Raiders at Acrisure Stadium. Bradshaw has not announced if he will be making the trip, but based on his participation in the Immaculate Reception and it being the 50th anniversary, fans will hopefully get to see him at the ceremony. This is only the third number in the Steelers history that has been retired. They just do not retire many numbers, but the earnest Terry Bradshaw deserves the recognition and love of the fans, while he can appreciate it.

A Fresh Take on an Old Classic