Bollywood actress, Sridevi had etched an unerasable place in millions of hearts worldwide. She was one such incredible actress of her time, who knew how to slay in every role and don bold to traditional ensembles with full confidence. Even after her demise, the actress is loved and adored for her fashion sense and acting skills. Not only that, recently, Sridevi’s fans have also pointed out that her fashion sense is still followed and that American TV actress, Kylie Jenner copied her look for one of her latest public appearances.

Coming to her personal life, Sridevi had tied the knot with filmmaker-producer, Boney Kapoor in 1996 and together, they were blessed with two daughters, Janhvi Kapoor and Khushi Kapoor. Soon after her marriage, she took a break from her acting career and made a jaw-dropping comeback in the industry with movies like English Vinglish, Mom and Zero. However, the news of her sudden demise in Dubai in February 2018 had shook the nation. Recently, one of Sridevi’s fan pages shared a collage of two pictures, consisting of the veteran actress’ look from one of her photoshoots in 1990 along with one of the latest looks of Kylie Jenner in 2022. In the pictures, both were seen donning identical silver outfits paired with a middle-parted simple hairdo. Along with the collage, the fan page claimed that Kylie’s recent look was inspired by Sridevi and penned in the caption:

“When Bollywood was way ahead of its time. P.S. Sridevi ji aced it.” 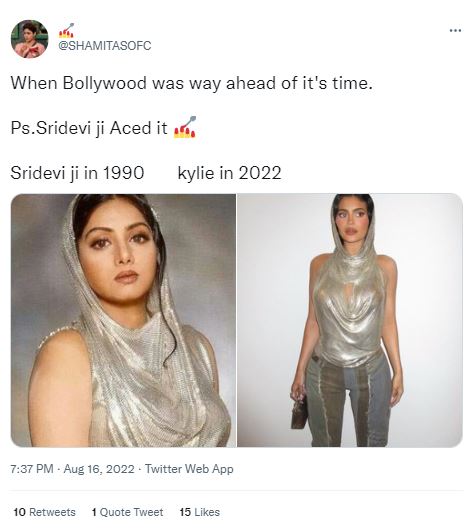 Another fan page of Sridevi took to its IG handle and shared a similar collage of her photo from the photoshoot along with Kylie’s recent picture. However, it claimed that Sridevi’s picture was from the 1980s photoshoot and not the 1990s. Along with it, the fan page wrote, “This is a proof that Sridevi was way ahead of her time in terms of understanding style and fashion.” Soon, many of Sridevi’s fans flooded the comment section by dropping compliments and praises on her picture from the 1990s photoshoot. Check out:

Suggested Read: Dia Mirza Shares An Adorable Photo With Her Hubby, Vaibhav To Wish Him On B’day, Pens A Special Note 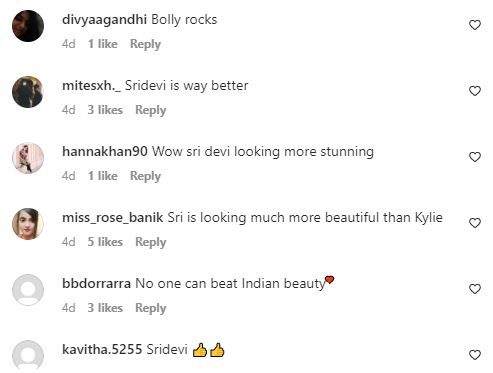 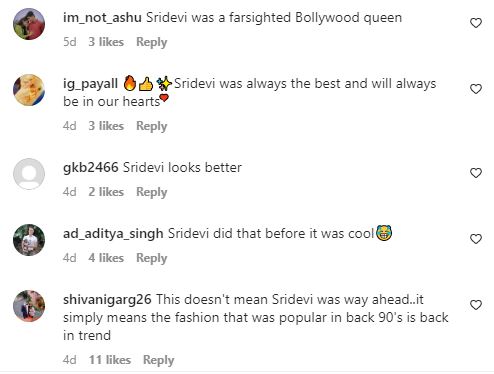 Coming to the beautiful identical looks, both the actresses are seen wearing shimmery silver tops which feature a cowl neck and hood from celebrity stylist, Xerxes Bhathena’s huge collection. Sridevi opted for a middle-parted neat hairdo while heaving a strand of her hair on her face. Along with it, dewy foundation, thin strokes of eyeliner, glossy lips and highlighted cheeks completed her look. On the other hand, Kylie’s outfit is reportedly from fashion designer, Paco Rabanne’s 1997/98 fall-winter collection. Kylie teamed her shimmery top with dual-toned pants and nude makeup identical to the veteran actress, Sridevi. Check out: 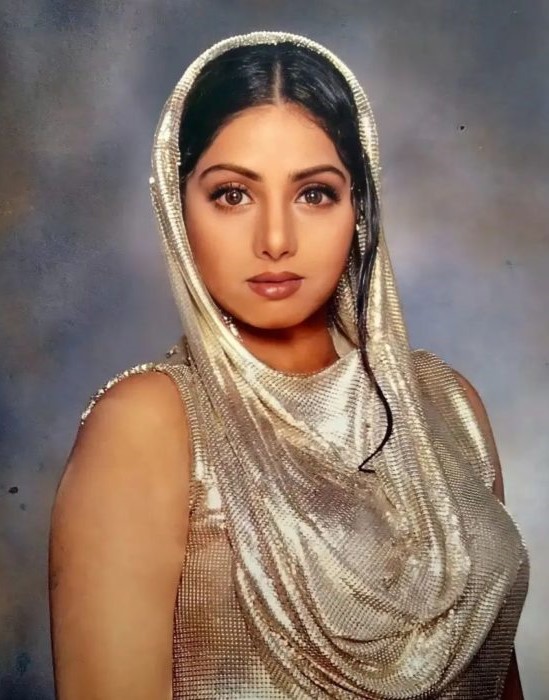 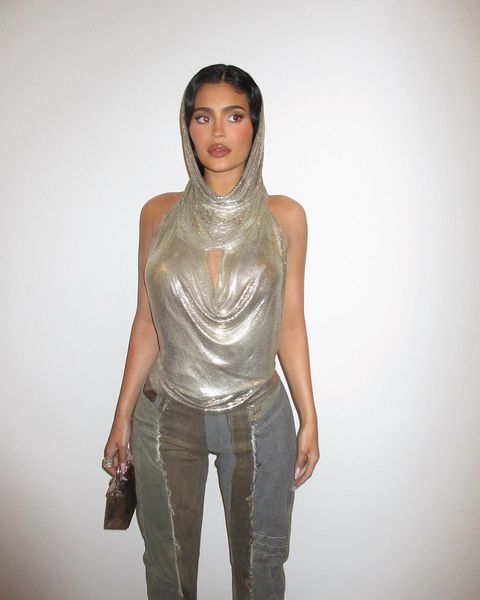 What do you think about the claims made by Sridevi’s fans based on Kylie’s fashion in 2022? Let us know!

AWESOME NEWS! Now you can download BollywoodShaadis app and never miss a story. Get App

AWESOME NEWS! Now you can download BollywoodShaadis app and never miss a story. Choose your device Android or IOS (Apple)

Market Retreats, What To Do; Buffett Stock Blasts Out Of Base – Investor’s Business Daily

6 Best Lakes for Boating in Spring

Market Retreats, What To Do; Buffett Stock Blasts Out Of Base - Investor's Business Daily

The Most Essential Emergency Gear for Hiking, Camping, and Backpacking – Thrillist

6 Best Lakes for Boating in Spring