By Eve Tawfick For Mailonline

A skincare expert and influencer has started a campaign because he’s tired of male products being ‘hidden away’.

Scott McGlynn, 35, started his own campaign on International Men’s Day that saw him filming himself moving men’s skincare ‘into the open‘ alongside products and cosmetics for women on a trip to Superdrug.

He has been backed by a host of celebrities online including H from band 90s band Steps, Jo from S Club 7 and Lorraine Kelly‘s daughter Rosie Smith.

The influencer has also spoken out about avoiding celebrity brands like Kim Kardashian’s SKKN and Jeffree Star, claiming shoppers are just paying for ‘good branding’.

In a video posted to Instagram Scott said: ‘I have something to share with you -International Men’s Day, this means men celebrate diversity and bring greatness to the world.

‘I will be going to my local Superdrug store, in Blackwood, Wales, which I love, and I will be changing up the store for one day.

‘The men’s products are never in the make-up or skincare aisle.’

In a campaign dubbed The Change, the popular influencer was seen in the store moving the men’s Nivea and L’Oreal ranges to the make-up aisle, in a move supported by Superdrug itself who also posted the campaign to their page. 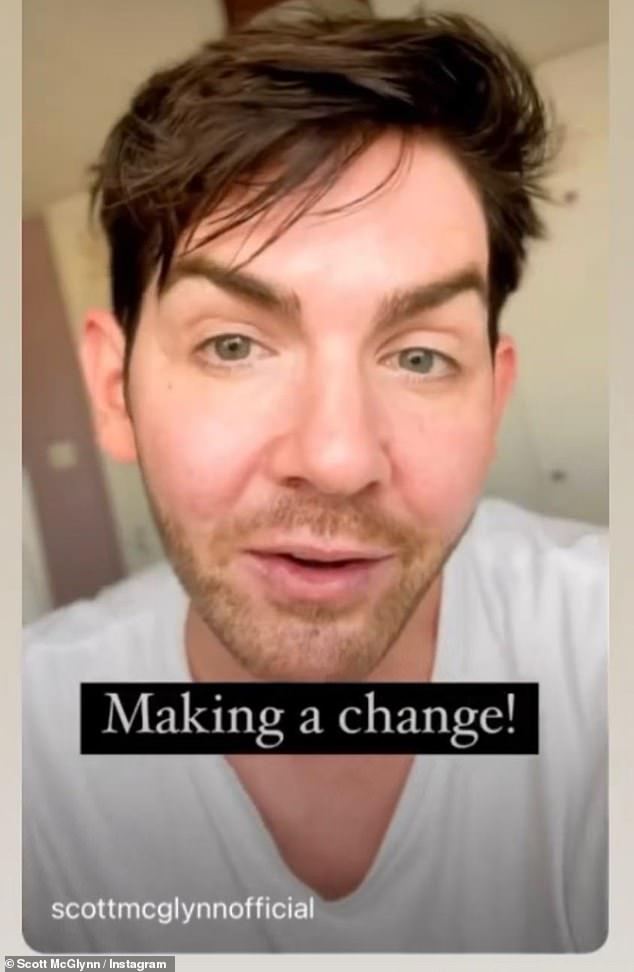 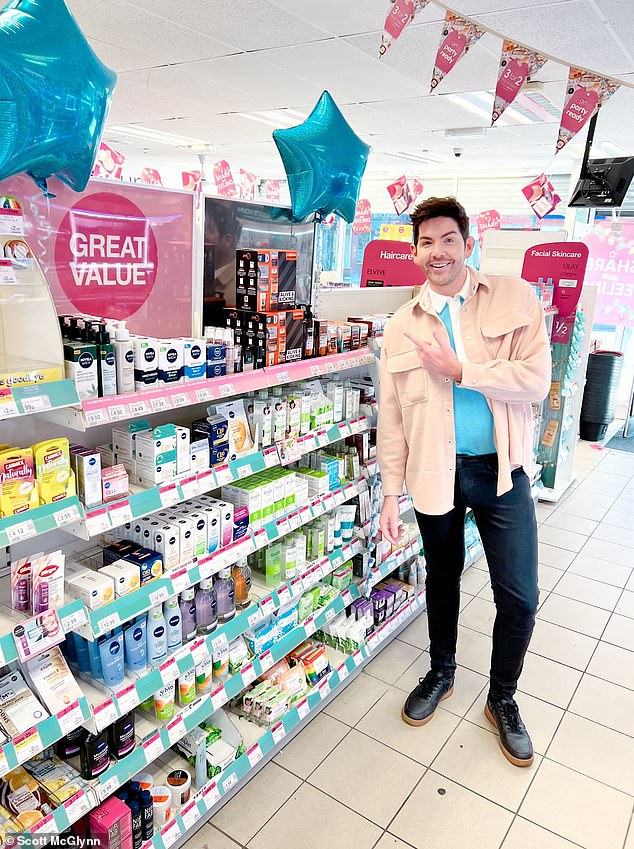 Superdrug has been supportive of Scott’s campaign which he has called The Change, and re-shared his efforts to mix up the store on their own social media

Scott asked customers what they thought of the new display, and if they would be bothered by men’s ranges being in the cosmetic aisle.

He asked: ‘How do you feel now I’ve moved the men’s skincare?’

The customers said: ‘It feels natural, you should have all genders in the same section, it fits in.’

Scott was in the Blackwood store for one day only, but hopes his video will empower others to think differently about men’s skincare.

Ian Watkins, aka H from iconic 90’s band Steps is another man that is supportive of Scott’s campaign The Change 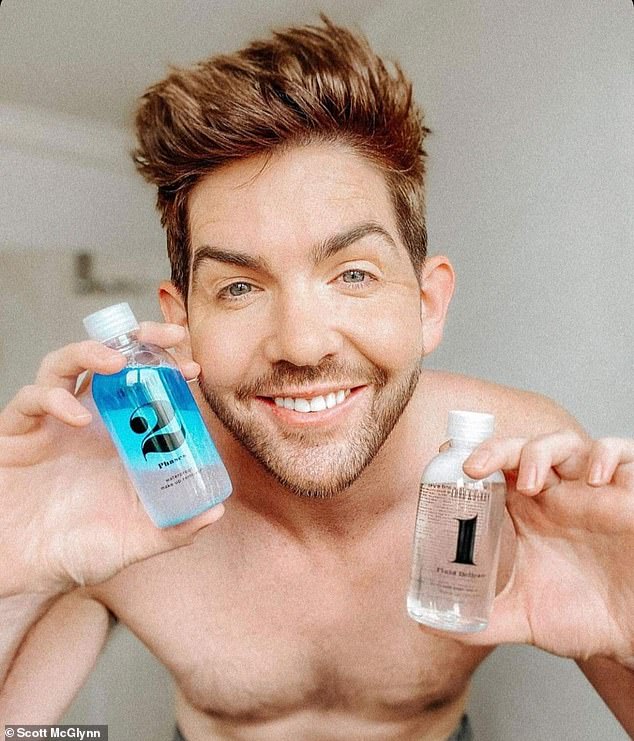 The skincare expert has dedicated his career to helping others with their skincare needs, after suffering with problem skin when he was younger

He told FEMAIL: ‘Men’s products are always hidden away round some corner, and it’s about time they were shelved with everything else, it’s not a dirty secret or something – lots of men take care of their skin.’

The influencer is somewhat of a skin expert, hosting his popular online podcast Celebrity Skin Talk where he dicusses issues like problem skin.

Scott suffered from acne himself, and was cruelly called ‘pizza face’ by bullies so he’s dedicated his life to helping people find the right products.

Earlier this year he explained why he refuses to test Kim Kardashian beauty, and why brands such a Boots Tea Tree and Florence by Mills shouldn’t be shunned because they are cheap.

He explained: ‘These brands have all the right ingredients don’t go for price.’

For men’s skincare specifically he recommends the classics such as the Nivea for Men range for simple, sufficient skincare.