If you see a young person strolling down the street, pants undone, it’s probably not an “examine your zipper” situation.

Once the provenance of your uncle after Thanksgiving dinner or a practical adaptation to a pregnant belly, sporting unbuttoned jeans has become a fashion statement.

Katie Pettit, 20, a model from Orlando, Florida, was visiting New York this month for her first fashion week runway booking. The gig fell through, but she still wanted to make an impression as she walked the streets and attended parties.

She enlisted the help of Mariela Ortega, a stylist, who helped her select a lacy black lingerie top paired with an oversize pair of Levi’s High Loose jeans left unbuttoned and folded down.

She wasn’t worried about a wardrobe malfunction.

“It looked a little baggy and oversized but without me having to worry about a little mishap,” Ms Pettit said. “The zipper did fall a little bit, but my pants didn’t fall off.”

Emma McClendon, an assistant professor of fashion studies at St John’s University, sees unbuttoned jeans as a liminal style between high-waisted pants and a full return to low-rise cuts.

“It’s something that mirrors the general hysteria over whether low-rise jeans are coming back,” Prof McClendon said with a laugh. “It’s experimenting without making the plunge into the low-rise jean.” 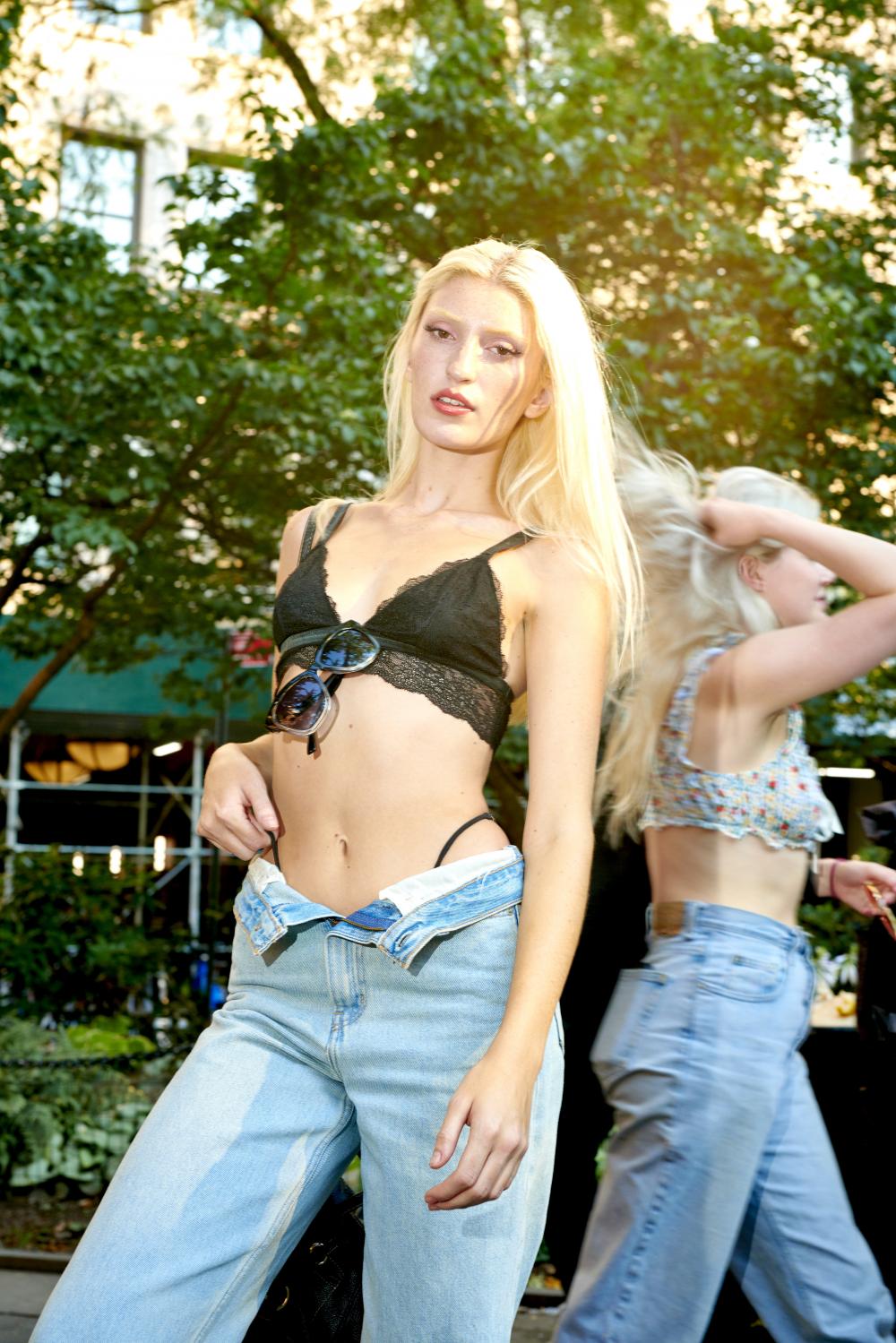 “General hysteria” may be hyperbole, but the long-prophesied return of all things Y2K — including its louche celebrity culture and super-low waistbands — has prompted much media hand-wringing by those of us who watched Alexander McQueen’s “bumster” jeans go from runway in-joke to cultural phenomenon in the early 2000s.

Many people consider low-rise jeans flattering to only a small number of women with very flat abdomens. A headline atop a Vogue article by Molly Jong-Fast last October pleaded, “Please Let Us Not Return to Low-Rise Jeans.“

But some women who were born during the early 2000s low-rise heyday feel differently.

“For people who have more rectangular bodies, it adds this extra fold to the pants that adds a curve to the hips and makes more of an hourglass shape,” said Prisha Jain, 18, a first-year student at New York University (NYU) studying economics.

Tess McNulty, 18, a film student also in her first year at NYU, said the style can be accessible to a broader range of bodies.

“I think that there’s a new wave of people saying, ‘Wear what you want, having curves looks good, you don’t have to have a flat stomach to wear low-waisted jeans,'” she said, using slightly more colourful language.

Ms McNulty recently wore her jeans unbuttoned on her way to grab free ice cream for NYU students in Washington Square Park. She sees the style as a way to embrace a slogan she has seen on TikTok: “You shouldn’t fit into your clothes, your clothes should fit you.”

“You don’t have to feel bad if your pants don’t fit,” she said. “Wear them unbuttoned and it will be sexy and cool.”

“If you wear anything with confidence, the people who see you will absorb your confident energy, and I can assure you they will think, ‘Damn … they look amazing!’ ” Ms Flores wrote in an email from her home in West Hollywood, California. She also added that Y2K nostalgia was a big part of the trend’s appeal.

“It’s been around since 2018 with people like Bella Hadid and Kendall Jenner with jeans unbuttoned and showing thongs,” said Valerie Steele, a fashion historian who works at the Fashion Institute of Technology.

Prof McClendon sees a connection to a larger historical arc.

“It reminds me more of the original low-rise jeans, which were in the 1960s,” she said.

Prof McClendon compared the current taste for deconstructed waistbands — including dress slacks she spotted at the Frankie Shop in New York — to hippies cutting off their waistbands with scissors.

“If you think about the Mudd Jeans and the L.e.i.s with the flowers, it was playing with this aesthetic from the ’60s that was about breaking down and showing off the body,” Prof McClendon said, referring to two jeans brands that were popular during the early aughts. 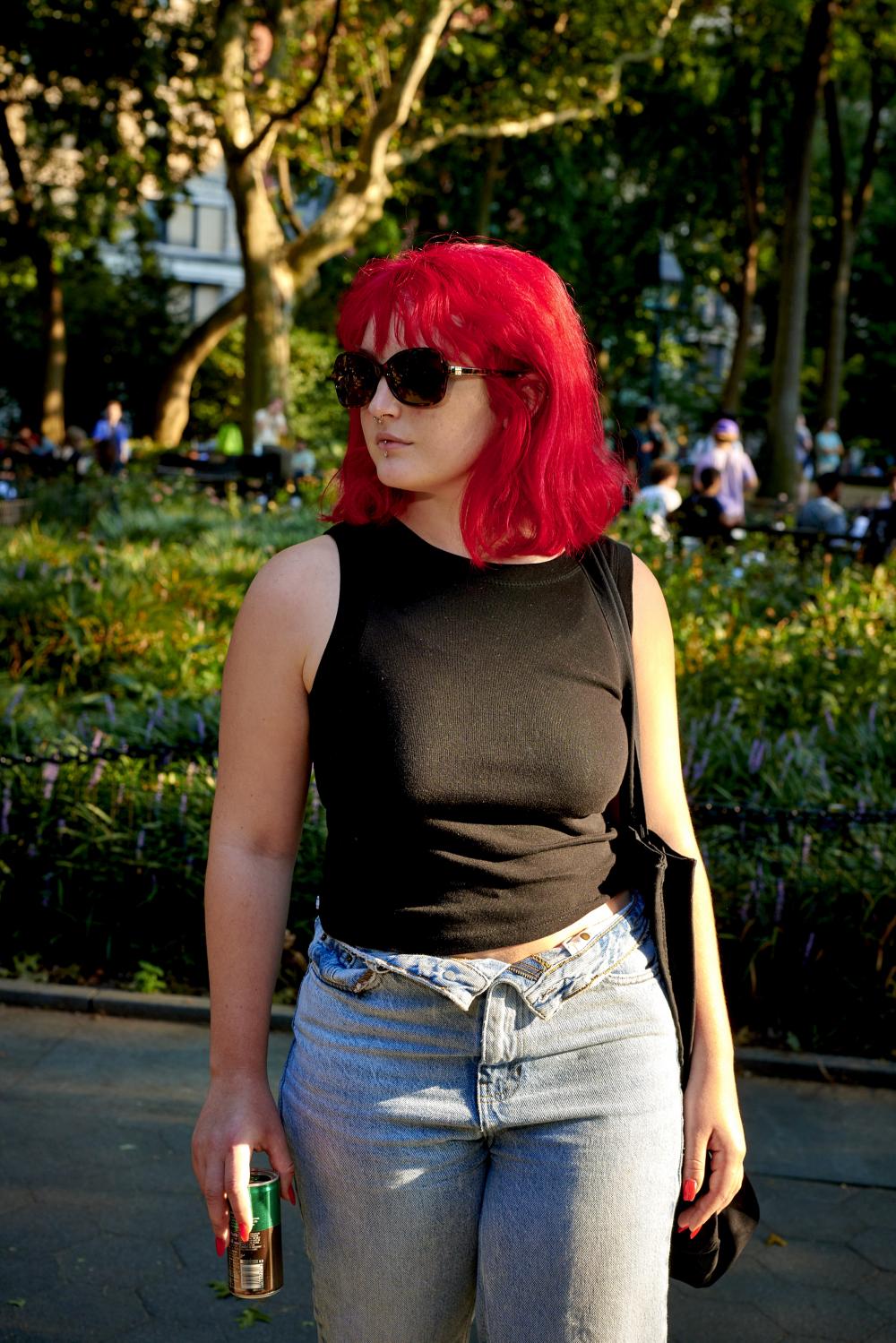 Could part of the appeal be embracing a look that confounds older generations?

Ms McNulty doesn’t think so. “Maybe if you’re 13,” she said with an eye roll. “That doesn’t really apply to me.”

Still, a selfie she shared in her family’s group chat where she was wearing her jeans unbuttoned and rolled down did provoke a response from her parents.

“They just did the ‘exclamation point’ reaction to it,” she said.

The Next Generation of COVID-19 Vaccines and Boosters

What Is The Gen Z Streetwear Fashion Aesthetic?