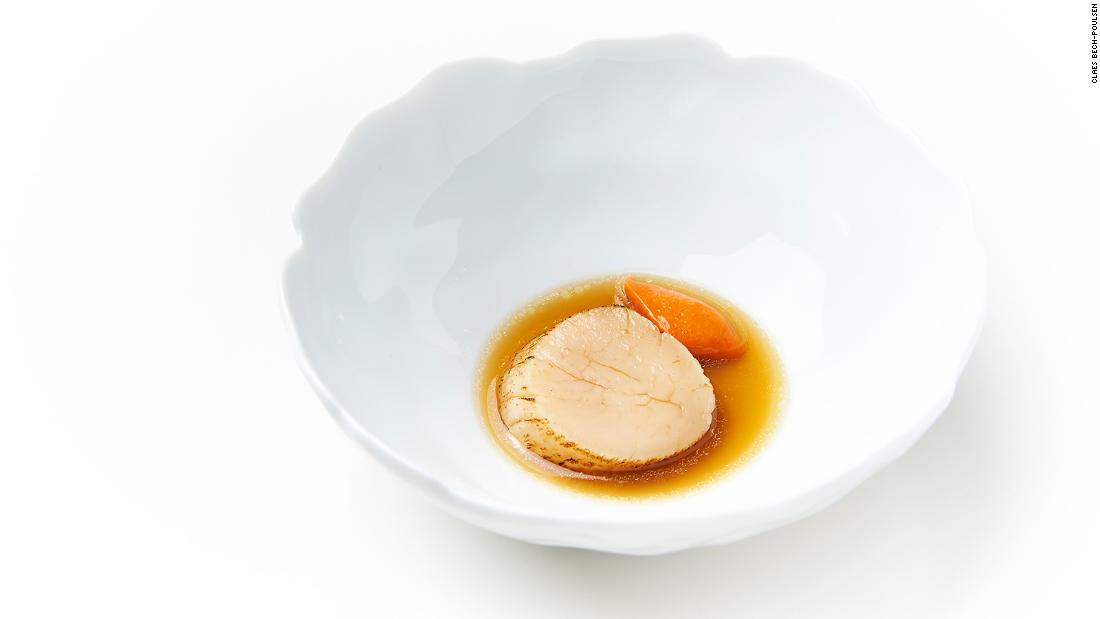 Editor’s Note — Sign up for Unlocking the World, CNN Travel’s weekly newsletter. Get news about destinations opening and closing, inspiration for future adventures, plus the latest in aviation, food and drink, where to stay and other travel developments.

(CNN) — This week in travel news: the world’s best restaurants for 2022, the world’s most powerful passports and the worst airports for delays and cancellations this summer.

South Africa is one of only a few countries where declining Covid rates have seen it drop down a risk level this week on the US Centers for Disease Control and Prevention’s travel advisories list. Anthony Bourdain visited Johannesburg in 2013 and spent a day in the life of a taxi driver, discovering the city’s culture and food. Listen on the “Parts Unknown” podcast.
If only every air travel experience were that speedy. More than half of this summer’s flights have been delayed at one North American airport. Here are the global airports where delays and cancellations are the worst right now.

A Copenhagen restaurant has been named the best in the world: It’s in a soccer stadium, it doesn’t serve meat, and it’s only open four days a week. Read on to learn more about the dining spots honored in this year’s World’s 50 Best Restaurants awards.
The top 50 have their own unusual qualities, but there’s only one restaurant in the world to have a dinosaur’s stamp of approval: 100 million-year-old sauropod footprints have just been discovered at an eatery in China’s Sichuan province.
And in London, renowned Ukrainian chef Yurii Kovryzhenko is set to launch a restaurant in the upscale Chelsea neighborhood, staffed by Ukrainian refugees. The bistro’s name is Mriya, Ukrainian for “dream” — and was also the name of the world’s largest cargo airplane, the Antonov An-225, which was destroyed during the invasion of Ukraine.

From the snow-capped peaks of New Zealand’s Cascade Saddle to Papua New Guinea’s verdant and wild Kokoda Track, we’ve rounded up the world’s most dangerous hiking trails — but the challenges are worth it.
If it’s just seaside trails, spectacular beaches and crimson sunsets you’re looking for, we also recommend Sardinia’s 100 Towers Path, one of Italy’s most beautiful coastal hikes.
And in San Francisco, a new slice of federal parkland has been built right on top of a busy highway tunnel. The 14-acre Presidio Tunnel Tops was designed by the same firm as New York City’s famous High Line.

Dubai opened its first camel-riding school last year and, surprisingly in a traditionally male-dominated practice, it’s a big hit with women.
Fermented horse milk is the big draw further east in Kyrgyzstan. Kumis is a traditional beverage in this former Soviet republic, but novices should be warned that milking a mare is far trickier than milking a cow.
And when it comes to wine-making in South Africa, some of the industry’s most valued employees have beaks and waddle. At Vergenoegd Löw The Wine Estate just outside Cape Town, a battalion of some 1,600 marching ducks is used to keep the vineyard free of pests.

“Flying” lemon farmers leap among the treetops along Italy’s steep Amalfi Coast. “Not blood, but lemon juice runs through my veins,” says one farmer whose family has been growing lemons here since the 1800s. Find out why this way of life is threatened.

In case you missed it

Three Asian countries top a list of the world’s most powerful passports for 2022.
But one has just pushed ahead to claim the lead.

The one essential item a sophisticated international adventurer always needs is a seriously good travel journal. We’re talking leather-bound, with pockets and envelopes, and paper as smooth-flowing and high-quality as your thoughts. Our partners at CNN Underscored, a product reviews and recommendations guide owned by CNN, have selected 22 of the best on the market.
Previous Post

Save $200 on a Kamado Joe Grill, Discounted Dyson Vacuums & More

Polygamous leader had 20 wives, many of them minors