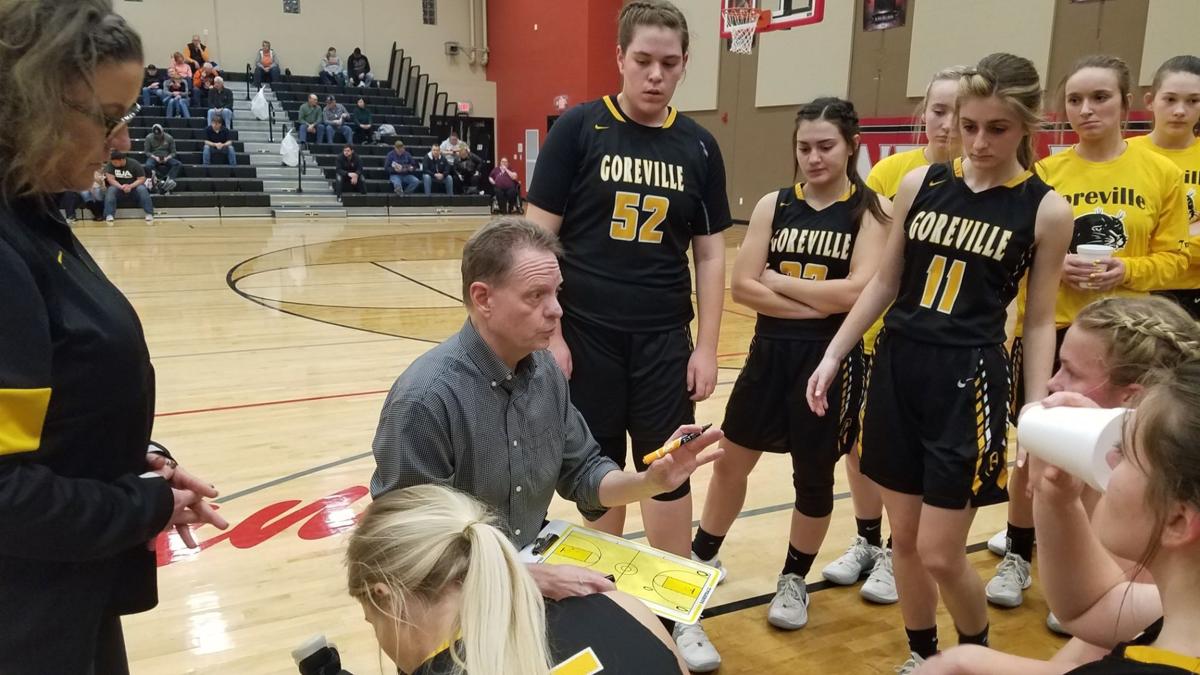 Goreville Blackcats head coach Mike Helton visits with his ballclub during a time out last season at the Wayne City Sectional. 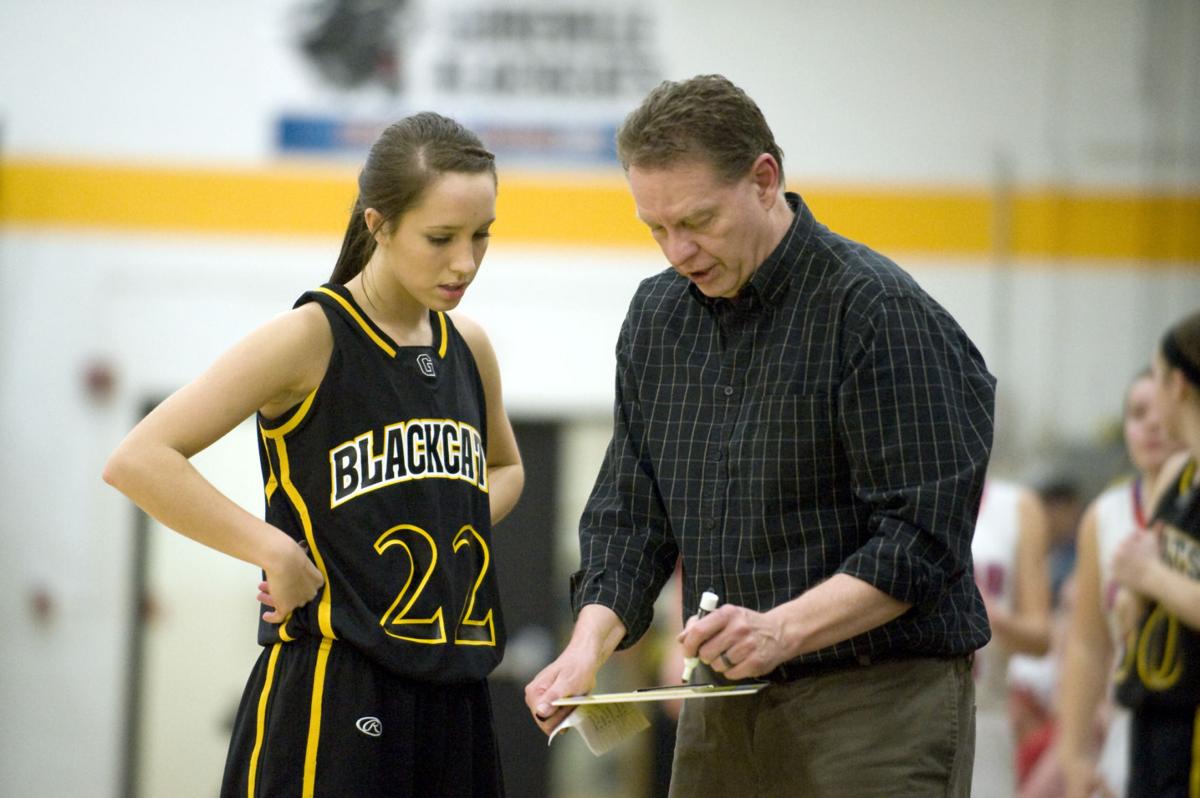 During a break in action in the second half, Goreville coach Mike Helton draws up a play for guard Brenni Tripp in 2016. 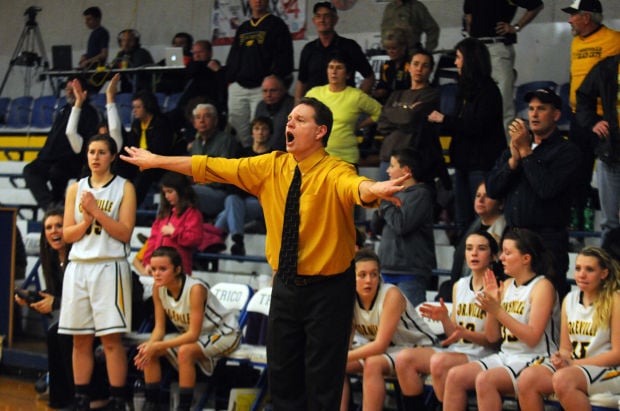 Goreville head coach, Mike Helton calls out a play to his team during the 1A Sectional Championship game on Feb. 20, 2014, in Campbell Hill. The Blackcats beat Wayne City in overtime.

GOREVILLE — To become a successful head basketball coach is to replicate what Mike Helton has accomplished with the Lady Blackcats.

Wins have been easy to come by with Helton at the helm, 503 to be exact in his 27 years coaching at Goreville High School. During that span, Helton has coached his teams to win 11 regional titles, five sectional titles and 13 conference titles. That includes 12 seasons with 20 or more wins, including a 2012-13 season where the Blackcats finished with a 31-2 record.

But like all good things, they must come to an end. Helton has decided to retire from his classroom position at Goreville since he started teaching history full-time in 1992. It remains to be seen if Helton will continue coaching girls basketball in Goreville after the 2020-21 season — right now he’s just focusing on the moment.

“As far as me personally, that is a far less concern,” Helton said regarding his looming retirement. “High school kids have such a limited chance, whether you’re a senior or junior. I’m much more concerned with their opportunity than mine.”

Helton understands that his future will include basketball one way or the other. One of the coaches biggest passions is to study game film and following different college programs around to try and match their playing styles to his.

Coming into this season, Helton’s focus was to build the offense around his two post players: senior Katie Bernard and junior Jasilyn Westerfield. Despite what other teams might be doing by spreading out the floor on offense, Helton’s philosophy is having two girls down low that can lead opposing teams into foul trouble.