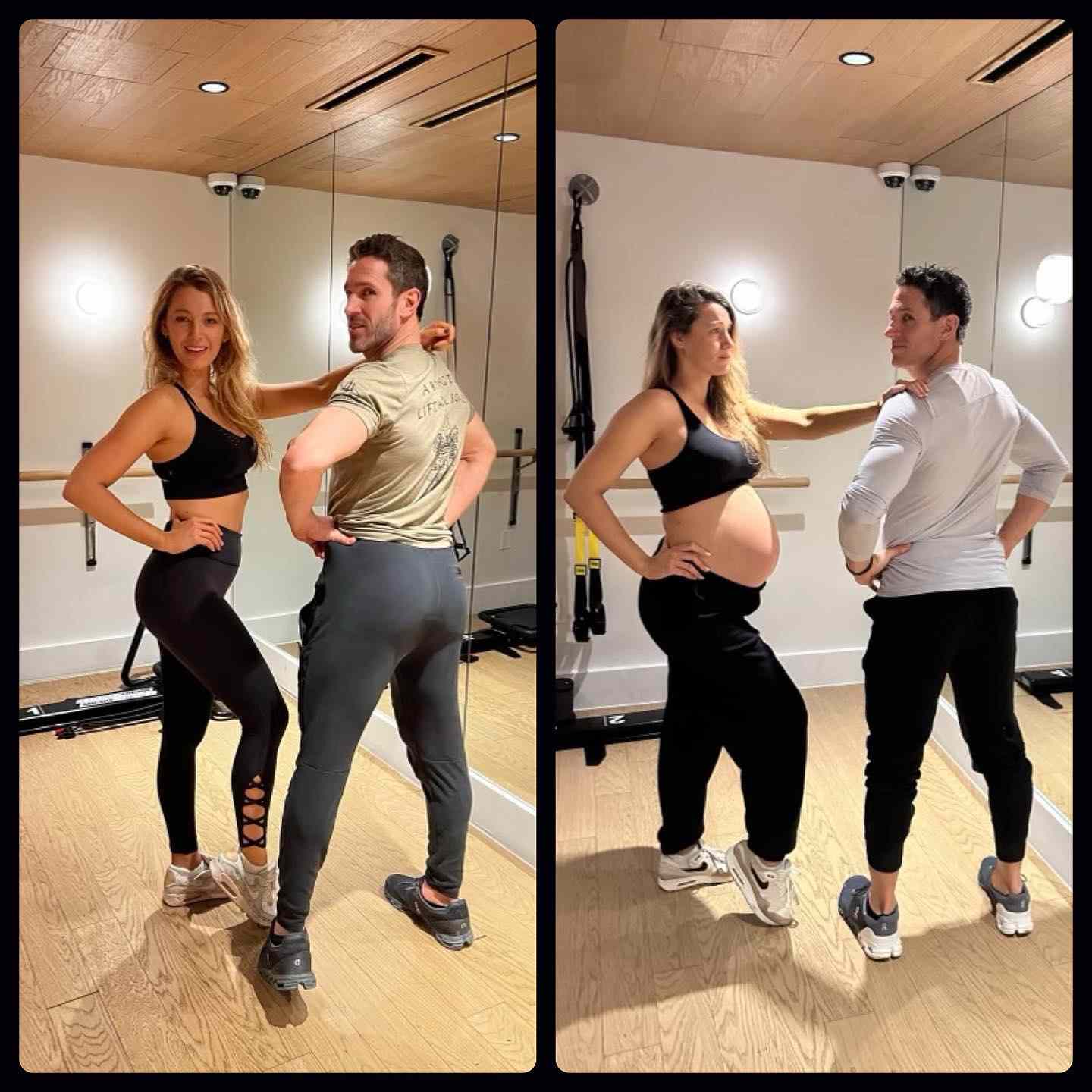 Blake Lively is poking fun at her pregnancy journey.

On Monday, the former Gossip Girl star posted a hilarious before-and-after photo of herself with her trainer Don Saladino in the gym. In the before shot, Lively shows off her toned physique while the second photo highlights her growing baby bump.

“Been doing @donsaladino’s workout program for months now. Something isn’t working,” she teased in the caption.

The actress, 35, announced in September that she is expecting her fourth child with husband Ryan Reynolds, whom she wed in 2012. They are already parents to daughters James, 8, Inez, 6, and Betty, 3.


Reynolds recently chatted about the couple’s fourth baby on the way in an interview with Entertainment Tonight, where he shared how the pair’s three daughters feel about the new addition.

“I’m very excited,” the star added of his own feelings. “We’d have to be. You know, you’d have to be a moron to do this four times if you didn’t like it. It’s gonna be nuts, but we’re very excited.”

Lively first revealed her pregnancy at the 10th Annual Forbes Power Women’s Summit, where she posed in a sequined long-sleeved mini dress with her baby bump on display.

Speaking on the Today show in November, Reynolds opened up about the baby, admitting that he’s hoping their fourth child will also be a girl.

“I know girls, so I’m kind of hoping that,” said Reynolds while noting that he and Lively “don’t know” the sex of their fourth child on the way and “never find out ’til [they’re born].”

Flagler Wins Tyer of the Year