One Good Thing: Scrunchies for a Cause

From chic vases to scrunchies.

At first they were a way to cope with postpartum depression. They became a way to help people on the other side of the world – including a dear friend.

ALLENDALE, Mich. — Time for One Good Thing — someone or something that makes West Michigan a good place to live.

A scrunchie is a simple thing. It’s a piece of fabric designed to hold hair together. For one West Michigan woman, however… this little item held together a lot than that. Including her own piece of mind… and a family on the other side of the world.

In pictures, it’s an idyllic life. A young couple welcoming their first child into the world, healthy and happy. But for new mom, Jennifer Sipe, she was neither happy…

JENNIFER: When he was first born, I felt there was just kind of, I was very indifferent.

JENNIFER: And then about six months in, I started to have some pretty intense intrusive thoughts, his body and some pretty graphic image, images in my mind, and the sleepless nights this very, internally, a storm.

Jennifer knew enough to call her therapist. Then she began her battle with postpartum depression.

JENNIFER: And I remember just thinking there has to be more. I have to do something for myself. At some point in my life, I got to get me back.

While rocking her son, Roman, at 3-30 in the morning, Jennifer had a moment of what she calls freakishly Devine intervention.

JENNIFER: After Roman went sleep, I booked it into a room and I woke my husband and I was like, it’s scrunchies that that’s what I could do.

It would both symbolize and help finance women’s empowerment. But her idea took a temporary backseat by developments more than eight thousand miles away.

Jeremy Beignaar was a tour guide in South Africa, put out of work by the pandemic.

JEREMY: I actually lost or work for the past 14 months, absolutely no income from our side.

Scrunchies for a Cause 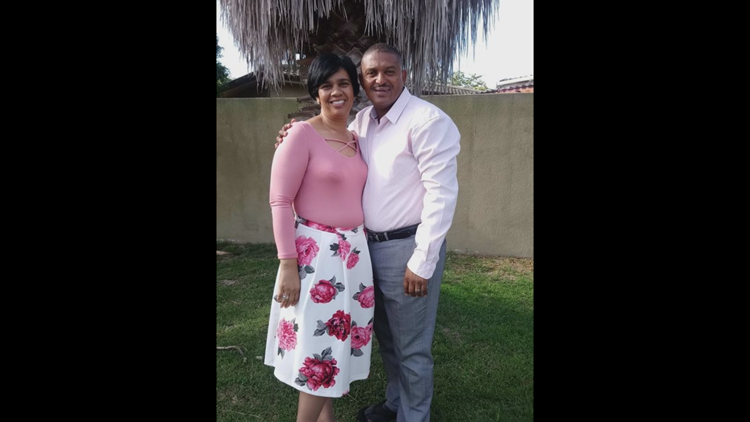 Add in South Africa’s rising political violence… and it’s a far cry from the country Jennifer experienced five years ago while leading a children’s group… when she met Jeremy, who was their tour guide.

JENNIFER: The moment I met Jeremy, I think within 10 minutes, I told him I was meant I don’t know what for but I was meant to meet you on this trip.

JEREMY: And I knew exactly, this is gonna be a lifetime friendship.

Almost on a whim recently, Jennifer messaged Jeremy to see how he was.

JENNIFER: And I just said, Are you safe?

In addition to being out of work, Jeremy and his family were in danger of losing their home.

JEREMY: It was really really bad.

JENNIFER: And he said, we’ve gone intermittent days without eating, our cars been taken.

Jennifer shared her Jeremy’s plight on Facebook, asking friends for $73 dollars, which could sustain his family for a week.

JEREMY: And everything just changed from there.

JENNIFER: Within a matter of minutes, he messaged me back and he said, Jen, I have $260 in my PayPal.

Jen took it a step further.

JENNIFER: I said help is coming.

She now shared Jeremy’s story on her new Instagram page for her scrunchie business – Jennie and Co.

Then Jennifer began the campaign “Scrunchies for a Cause” through her company. All proceeds to help Jeremy and his family.

JENNIFER: And within two hours, we had over $900 and they were sold out.

JEREMY: I started literally crying with my wife. And it. It just it felt like a whole load of a mountain just dropped from our shoulders.

Jeremy’s home is saved. He’s also taking 10 percent of everythig given to him, and donating it to his community.

JENNIFER: He is so powerful to be around. He’s just that good of a person.

Now, four times a year, Jennie & Co will continue “Scrunchies for a Cause.” Over five days, all proceeds will go to one mission.

JENNIFER: In mid November, I’m doing it for the kids of Grand Rapids in safe houses or homeless shelters for Christmas gifts.

And, continually, her “Sister Scrunchies” program will support women in South Africa in need of feminine hygiene products so they can go to school… every time someone makes a purchase.

JENNIFER: They get the scrunchie. But then the matching fabric will also be sent to the girls in South Africa, along with either reusable period underwear or reusable pads that will sustain them.

What began with a debilitating diagnoses of postpartum depression, developed into a drive to help herself… a friend… and so many others. By simply… pulling together.

JENNIFER: Even If it’s just a scrunchie like little things make the big difference.

►Make it easy to keep up to date with more stories like this. Download the 13 ON YOUR SIDE app now.

This Under-the-Radar Crypto Bank Is Skyrocketing

From chic vases to scrunchies.