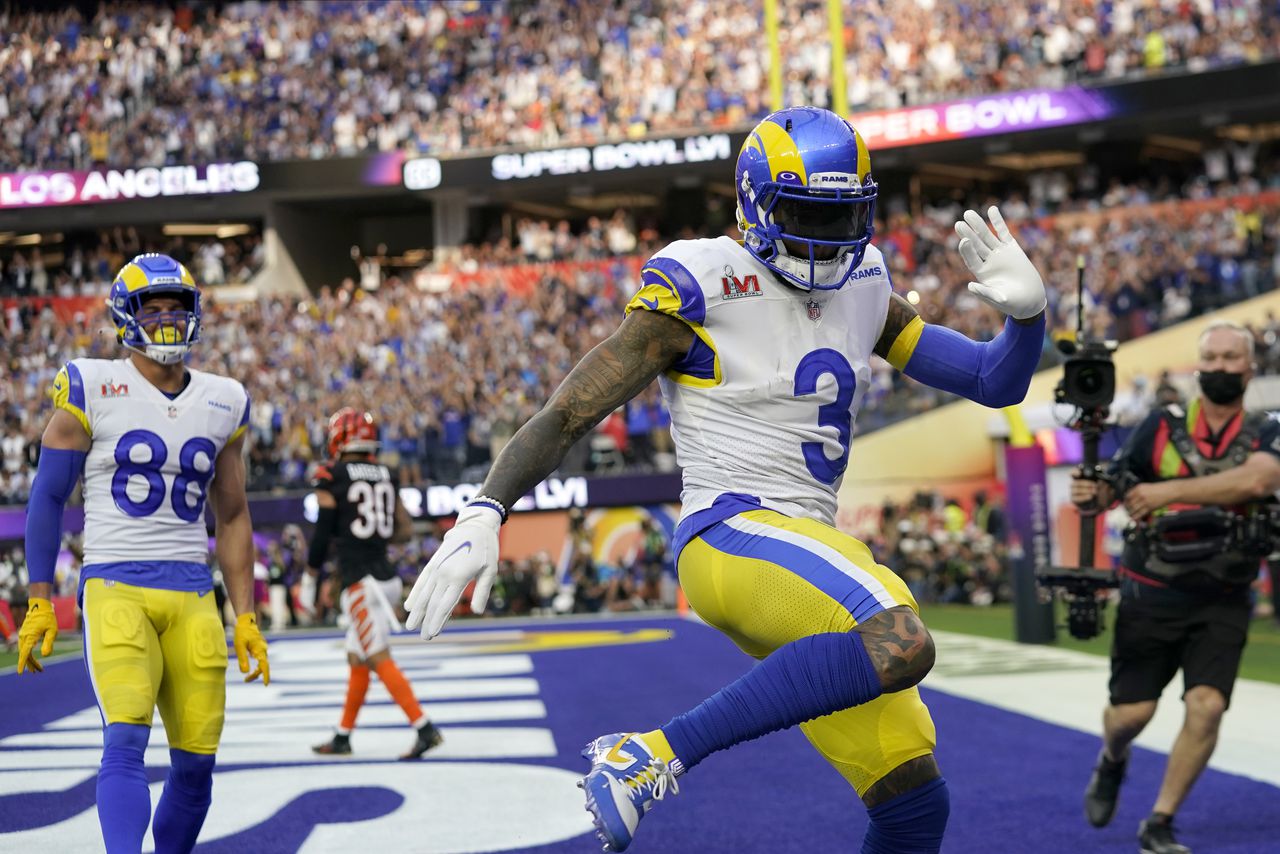 This comes after last week’s meetings with the New York Giants and Buffalo Bills.

According to ESPN’s Todd Archer, the Cowboys are feeling good about landing Beckham.

Owner Jerry Jones: “I want this to work. I want it to work. … We want to certainly see something that gives us every opportunity to have a big year this year with him.”

Wide receiver CeeDee Lamb: “I mean we’re winning, look at us. I mean put yourself in this offense and kind of envision it. We’re distributing the ball very well and I’m sure as hell he would love it. I’m sure.”

Quarterback Dak Prescott: “Getting late into the year with what we’ve got coming up just in our schedule, then obviously making a run at the Super Bowl, you want to make sure you have as many weapons as you can. You want to make sure fully loaded in every direction and just planning for the future.”

Here’s the latest on Beckham, who’s recovered from a torn ACL he suffered while playing for the Los Angeles Rams in Super Bowl LVI.

NFL reporter Charean Williams: “Jerry Jones on Odell Beckham: We’ve just got to get down to a contract, an amount and health. There’s no question in my mind that under the right circumstances he can help us.”

NFL Network’s Ian Rapoport: “The Odell Beckham Jr sweepstakes are upon us, as he’s visited the #Giants and #Bills already, with the #Cowboys on tap. He plans to leave Dallas, then discuss his future with his family and make a decision by the middle of this week.”

Want to bet on the NFL?

FOX Sports’ Ralph Vacchiano: “The Giants remain ‘the longest of longshots’ to land the free-agent receiver, as one league executive put it on Friday, despite all the warm and fuzzy feelings his visit generated this week. … There is ‘considerable doubt’ around the league about just how healthy Beckham is, one NFC executive said, and whether he’ll really be able to contribute much this season. And that’s a problem because Beckham has informed teams he’s seeking a multi-year contract, that he hopes will end up being worth $20 million per year.”

Boston Globe’s Ben Volin: “Given that there are only six weeks left in the regular season, Beckham still hasn’t signed with a team, and he hasn’t even practiced yet as he returns from an ACL, expectations should be pretty low for him making a serious contribution this year. Whichever team signs Beckham will surely want a two-year deal to ensure they have him next year, too.”

Thank you for relying on us to provide the journalism you can trust. Please consider supporting us with a subscription.

Mike Rosenstein may be reached at mrosenstein@njadvancemedia.com.