Like everyone else, I loved the BBC’s hit television adaption of Sally Rooney’s book, ‘Normal People’. I watched it in record time and am now a happy follower of the Instagram dedicated to Connell’s chain.

I thought the casting of Marianne (Daisy Edgar-Jones) and Connell (Paul Mescal) was brilliant; the depiction of the on-again-off-again relationship between the pair was spot-on and that the sex scenes were well-handled (even though I advise not watching them with your mum and dad in the room).

But when it came to the BBC’s portrayal of Marianne and Connell’s university experience that’s when it stretched credulity. Needless to say they did get some things right about the transition from school to university. For instance, Connell’s first-term loneliness at Trinity leads him to confide in a friend from home explaining that he’s “not sure college is all the great, to be honest”.  Something I am sure a lot of us students have felt at one point. Also Connell’s internalised imposter syndrome in his seminars and at parties is a refreshing change from the student stereotypes of “the lad”, “the slut”, and “the geek”.

However this is where the similarities run dry as there was a lot I didn’t recognise, I definitely don’t remember life at uni being quite so sophisticated.

For me, the one thing that stood out was just how serious they took their studies. Marianne and Connell are in their first year, it doesn’t count academically.

Yet, in the adaption, we see Connell in crowded lecture halls and working in the library with actual books and everything. And both he and Marianne are frequently seen with their heads in a book, even when they’re getting on the boozer.  Is this what normal students do in their first year?! Judging from my experience, no it is not.

Yes, the first two weeks of uni, the lecture theatres are full. But after that, they empty out. It didn’t take us freshers long to realise that attendance seems to mysteriously fall after a couple weeks and if you carefully planned your seminar attendance, you could avoid a worried email from your tutor. 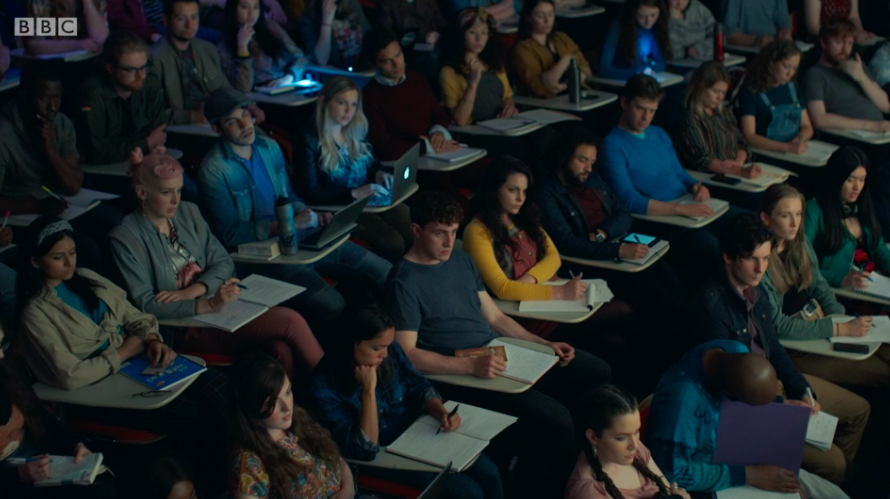 I saw their impressive work ethic and thought ‘what the hell have I done with the past three years of my life?’. There are many shots of Connell in the library, with actual physical books out and everything. I cringed at my first-year self, never setting foot in the library and taking a bit too long to realise that we had assigned reading lists for essays. 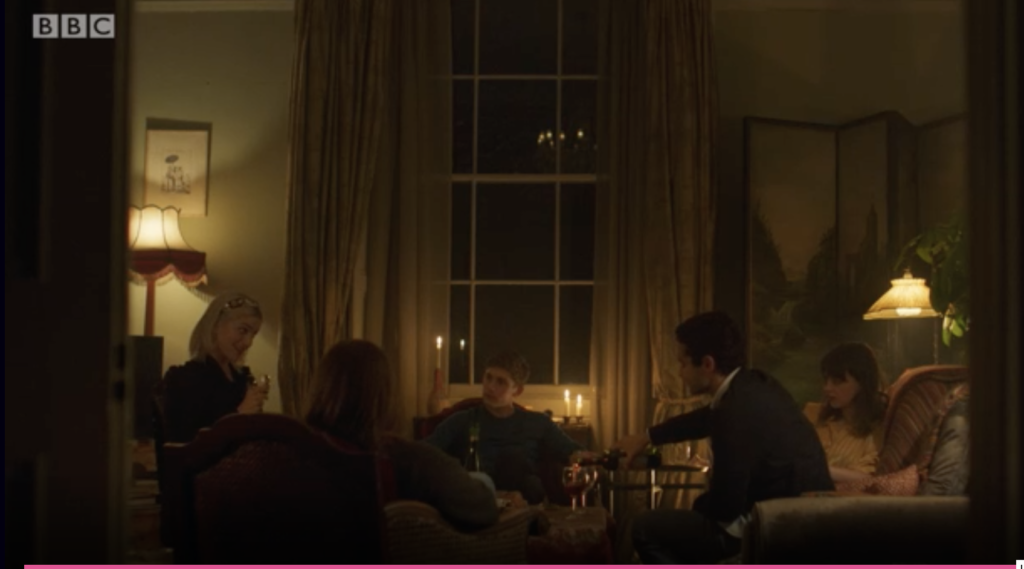 Marianne and her posse would sit around drinking wine (probably not Echo Falls) and discuss their assigned seminar readings. Watching them lounge in Marianne’s candlelit living room I noticed that they had actual candlesticks, a sure sign of sophistication. I reminisced about my student flat where candles were carved and welded into old wine bottles. The wax drip down to the bottle was considered a decorative revolution.

The first party Connell attends he is asked by two people if he would like a drink. House parties were a rare gem in my first year seeing as we all lived in halls. If you did get the invite you weren’t going to arrive unprepared. It’s BYOB and as many tinnies as you can fit in your backpack.

I have never been to a house party and someone offered me a drink. If they did it was probably used as an ashtray or was such a concoction of who knows what, you were being offered it to test its poisonous potential. After her break-up from Gareth, the freshers attend another party. Connell states he’s going put his beers in the fridge. Brave I thought. I was used to a more Darwinian party atmosphere, finders keepers on anything with an alcohol percentage.

Marianne does not look like Depop just threw up on her. She doesn’t have any dino stompers on or y2k clips pulling back her fringe. She looks elegant and polished. Her handkerchief scarf is not used as a bandeau but actually as a scarf.

At their friend’s birthday pool party, I felt like I was watching the Great Gatsby. Beautiful one-piece swimsuits and floppy hats. Not a thigh-high bikini in sight and certainly no fake tan coming off in that pool. I reckon they all showered before and after taking a dip as well.

Frankly, I would like to emulate her look when I am 26 and off to book club with artisan rosemary focaccia in my tote bag. 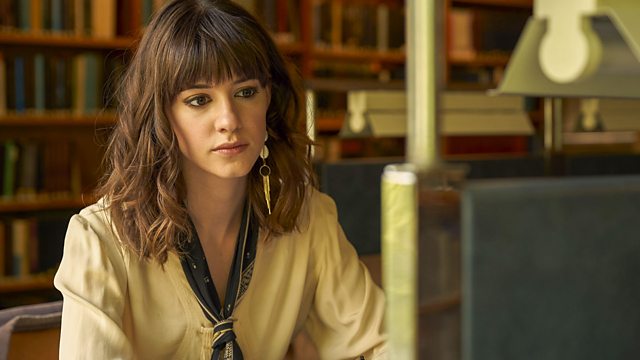 With online teaching and social distancing awaiting students in September, we are going to have to adapt to a new type of normal. Even if my freshers wasn’t as sophistical and classy, the show really did make me miss uni. Mum and Dad, I promise I will try to be just like Marianne and Connell when I go back to uni… in terms of work of course.

Related articles recommended by this writer:

Ricky Powell: The Individualist Premiers at the We Are One Online Film Festival

Ricky Powell: The Individualist Premiers at the We Are One Online Film Festival