We’ve all heard the stereotypes: Boys build tree forts and girls play with dolls. In the 21st century, those contrived banalities may feel outdated, not to mention cringe-worthy, but the data is telling us otherwise. We’re leaving our girls behind—and inside.

According to the 2018 Outdoor Recreation Report by the Outdoor Foundation, a scant 20 percent of women enjoy outdoor recreation by the time they are 66. This is in marked contrast to the 40 percent of men still participating in their 60s. And it could have its roots in the findings of a 2012 JAMA Pediatrics study indicating that preschool girls are 16 percent less likely to be taken outside to play by their parents than boys of the same age. As the children grow up, the gap widens. While 59.4 percent of girls ages six through 12 participate in outdoor activities, that number drops by a whopping 4 percent by the time they reach their teenage years. And starting at age 26, girls’ participation continues its steady decline.

So, what gives? The benefits of outdoor recreation are well documented in all genders, but recent research indicates that outdoor experiences at an early age boost self-confidence and positive body image in adolescent girls. Knowing what we know, why aren’t parents pushing their preschool girls to play outside more?

Tonya Toller is a mother of two girls and a preschool teacher at Ryan Elementary School in Westminster, Colorado. She says she notices a contrast in how male and female students interact with Mother Nature. In her six years of teaching, she has observed that many of her boys gather into groups to play basketball or football outside. Through her anecdotal experience with her students and her daughters, the girls are frequently satisfied to play inside while chatting with friends or working on art projects. This leads Toller to ponder the big question: Does the gender gap stem from nature or nurture?

“I think it’s both,” Toller says, adding that her own daughters were always drawn to their Play-Doh and their art tables inside. “But I think it’s environmental. Personally, I’m a homebody. I like to watch movies, and I like to sit by the pool. I don’t go hiking all the time, and I’m not a runner, so I think that’s why my girls like to be at home too.”

According to Dr. Chelsea Pierotti, an instructor of developmental psychology at the University of Colorado in Boulder, Toller could be on to something. Pierotti thinks it is likely that the gender gap boils down to good old-fashioned socialization; in other words, all that we learn innately without being explicitly taught.

“It’s basically how you learn the social norms of whatever culture surrounds you,” Pierotti explains. “As a little kid, socialization teaches you what’s appropriate where you live.”

Pierotti says the outdoor gender gap makes sense when you look at the mean age of new mothers in the United States. While 28 is still the average age for a new mom, recent data from the Centers for Disease Control and Prevention indicates that more women in their early 30s are opting to have babies than younger women. This means that the average age of a preschooler’s parent is likely to be early or mid-30s, with many parents even closer to the 40-year mark.

“I’m in that age bracket, and we are still the generation that was socialized for girls to be more proper and not get dirty outside and not do that outdoor play,” Pierotti says. She adds that one of her least-favorite expressions in the English language is “boys will be boys” because it indicates that it’s acceptable for boys to be rambunctious and get dirty; yet there isn’t anything comparable for girls. 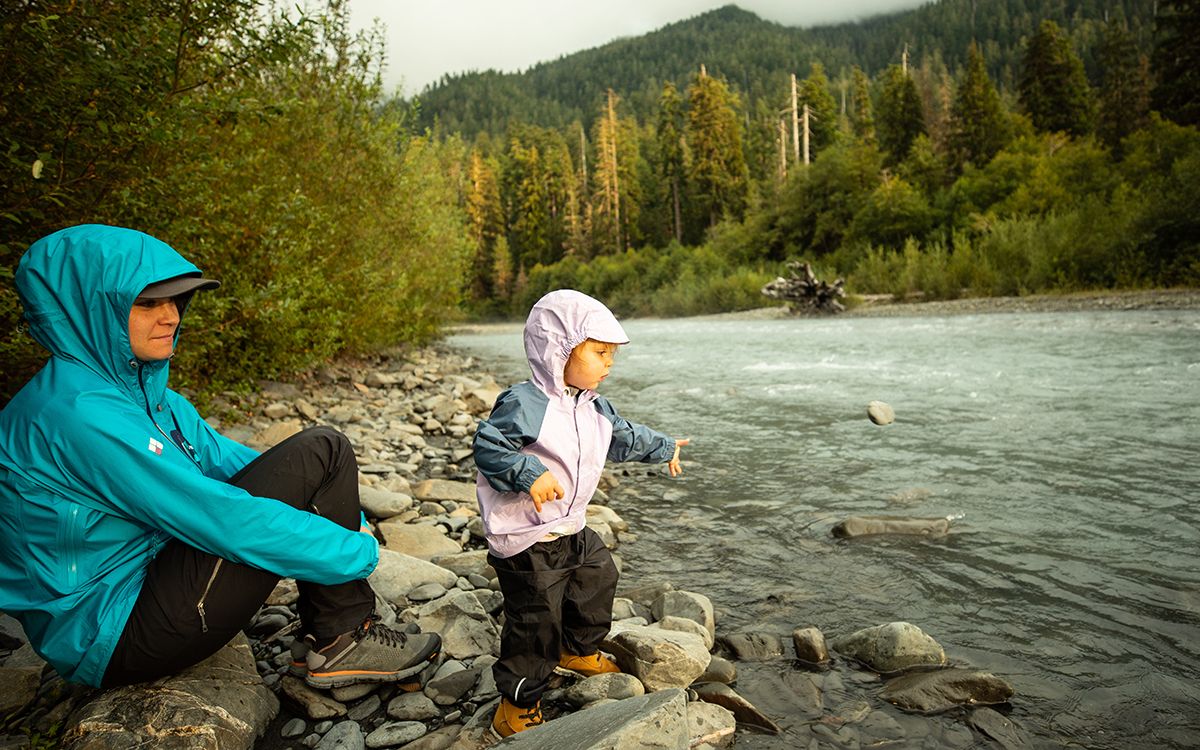 Since it’s impossible for anyone to identify the scope of those norms ingrained in our psyches, it’s difficult to acknowledge the impact of our behavior and subsequently, how it could affect the interests of our children and the young people closest to us. It may be totally normal for one mother to enjoy sewing on a Friday night, a tradition beloved by her mother and her mother before that. But if her preschool-age daughter only sees the sewing circle, she may never become socialized to pursue skiing or backpacking or hiking, and thus won’t consider them interesting hobbies—or even available options.

It’s not just mothers, either. Lindsey Charbonneau is the director of e-commerce for Adventure Ready Brands and co-lead for Adventure Ready Girls, an ARB-based movement with a goal of getting 1 million girls outside by 2025. As a child, Charbonneau’s father was an Eagle Scout who spent an extreme amount of time outside, practicing survival skills like bushcraft. And yet, he didn’t bring Charbonneau along for the outdoor adventures. Instead, it was her grandfather who introduced her to hiking and nurtured her love for the outdoors.

“I joke about it with my dad now like, ‘What the heck? You have all these skills and you never taught me anything!’” Charbonneau laughs. “But there were two girls and a boy in our family, and I don’t think my dad thought he was supposed to connect with me in that way.”

“There were two girls and a boy in our family, and I don’t think my dad thought he was supposed to connect with me in that way.”

Charbonneau isn’t alone in her experience, even now that we live in the year 2021. I’m a mother to a three-year-old preschooler myself. Thanks to my career within the outdoor industry, our daughter was indoctrinated to the outdoors before she could even walk. However, as she ages and yearns for companionship on our wilderness adventures, I’ve struggled to find girls to join us, while many of her male preschool friends jump at the chance to hit the trail. Honestly, it reminds me of my own college experience circa 2000, when it was always the guys and me enjoying the outdoors together. I like to think our cultural norms regarding gender have shifted since then, but recent experience tells me that we haven’t progressed as much as I would like to think. 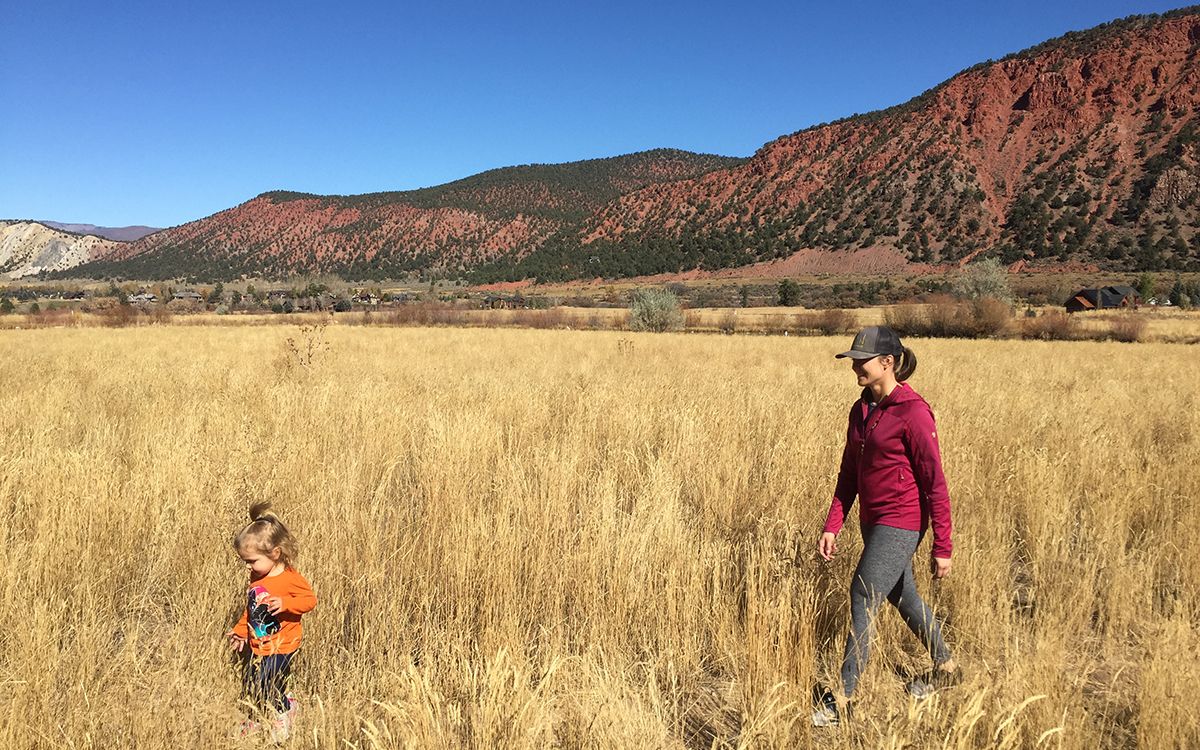 Pierotti notes that the root cause of this outdoor gender gap extends beyond just parents.

“Socialization is primarily parents before you go to school, but once kids hit age five or six, their peers start to really take over,” Pierotti says. “Once they hit their teenage years, the socialization comes from their peers and people they look up to, like influencers and celebrities.”

In summary: Once daughters hit the teenage years, parents lose the majority of influence on them. Regarding girls and outdoor experiences, this can be troubling—after all, there are no Kardashian-magnitude stars in the outdoor industry. In fact, there are few—if any—truly famous female outdoor influencers or celebrities. Even programs like the Girl Scouts, the de facto outdoor organization for female youths, have few dedicated outdoor awards and badges compared with male-oriented organizations like the Boy Scouts. A quick perusal of Girl Scout badges includes a few options like Bugs and Outdoor Adventurer, but the sheer quantity pales in comparison to the more explicitly named and prevalent Boy Scout merit badges: Animal Science, Backpacking, Camping, Canoeing, Climbing, Cycling, Fly Fishing, and Hiking, to name a few.

This is why it is so important to develop those positive outdoor experiences in our daughters when they are young. As Pierotti notes, these adventures carry a double advantage. Not only will girls reap the benefits of nature, but they will also enjoy naturally unstructured play.

“Open-ended play is the gold standard for cognitive development in little kids, and playing outdoors is exactly that type of creative unstructured play,” she says. “In not getting these younger girls outside, there’s a greater disservice in the mix.”

The million-dollar question: How can parents help create more outdoor play for their daughters? Pierotti suggests mindful observation of both your child and yourself. Be aware of propagating the cycle just because you personally don’t have any outdoor interests. She suggests observing your daughter at the preschool age, since there is no social comparison at that point. “They have no idea what other people are doing, and they don’t care,” Pierotti says.

She also suggests that parents monitor their language with their daughters. Be careful using words that emote an implicit bias. For example, if you’re admonishing your daughter to be careful at the playground, be sure your caution is based on her lack of motor skills rather than her gender. It sounds simple, but Pierotti believes self-awareness will go a long way in changing the cultural conversation.

“Your own brain is the only place to start,” she says. “None of us, including me, are perfect, but the first step is noticing our own downfalls. Our words are powerful, and our kids hear them.” 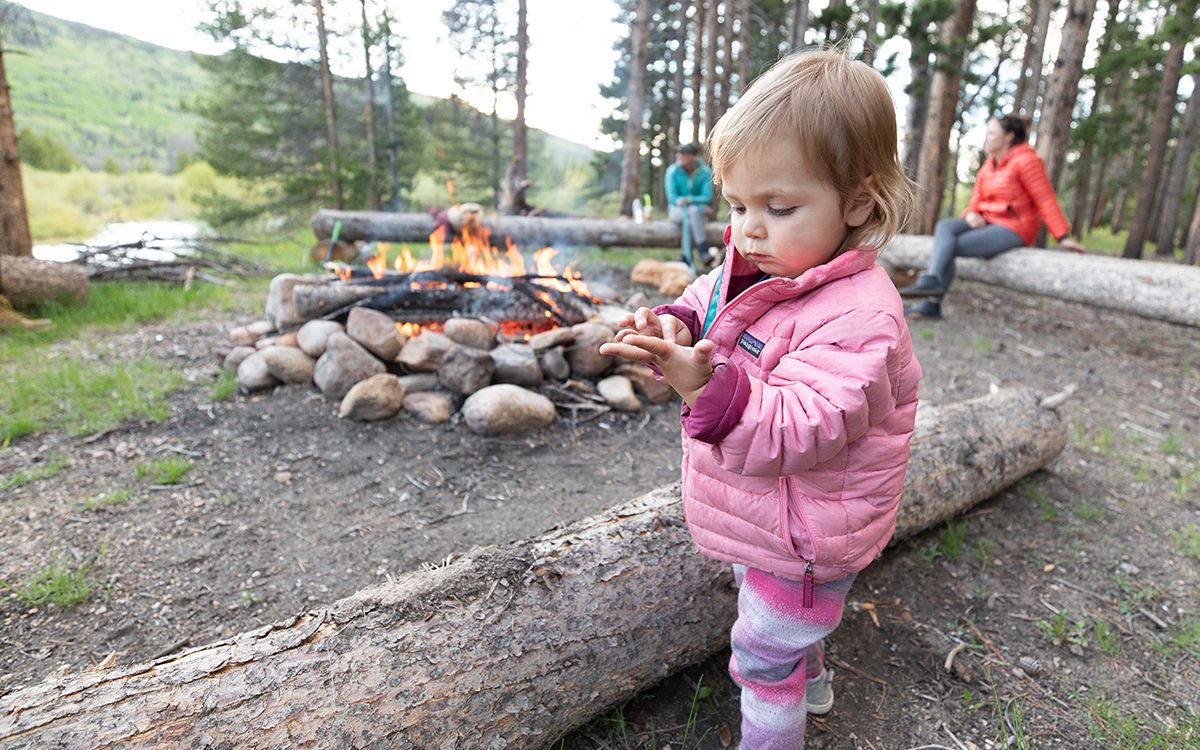