Most Handsome Looks Of Nicole Kidman, Take Cues To Style Your Looks

Take some fashion inspiration from Nicole Kidman, through her fashionable looks. 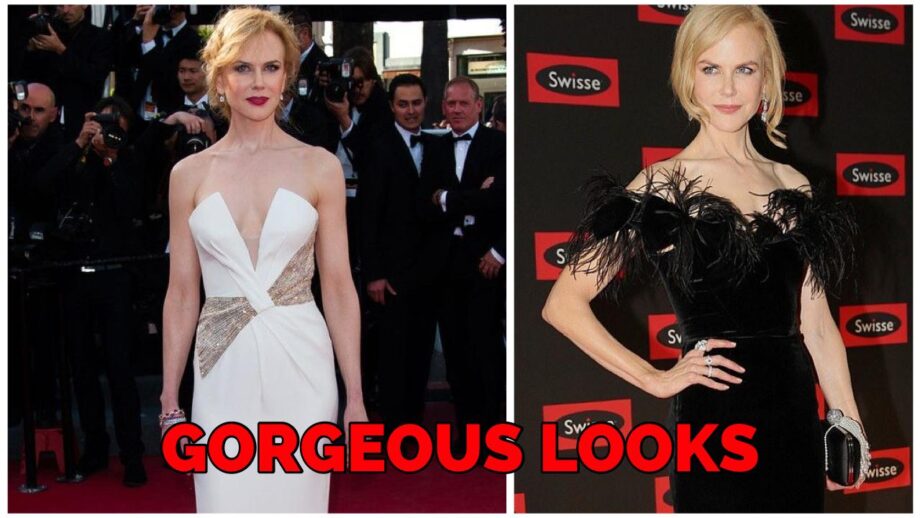 The fifty-three-year-old Australian actress Nicole Kidman has been an influential figure in the industry for a really long time. Nicole Kidman is one of the most celebrated actresses of her time. With her talent and exceptional beauty, the diva managed to take over and rule Hollywood for decades. Nicole Kidman started her acting career in the year 1983 by starring in Australian films such as Bush Christmas and BMX Bandits. She started getting recognition after her thriller films Dead Calm and Bangkok Hilton in 1989 and 1990 respectively. Nicole Kidman’s Hollywood debut was alongside Tom Cruise in the movie Days of Thunder. She came to prominence after landing lead roles in movies such as Far Far Away, Batman Forever, The Hour, Eyes Wide shut and many more. Nicole Kidman’s work has been honoured with awards like an Academy Award, two Primetime Emmy Award, and five Golden Globe. In this article, we are going to take a look at Nicole Kidman’s fashion and how we can take inspiration from her look.

Even before becoming a megastar, Nicole Kidman has been making a striking appearance on the red carpet. She shines off-screen as much as she does on screen. Nicole Kidman fashion has always been a major source of fashion inspiration for us. Her spot-on looks never fail to make it to the news.

Nicole Kidman is a natural beauty who looks good In almost everything. But with her extensive and incredible taste in fashion, she makes an impressive impact on everyone. Nicole Kidman was a 90’s style icon. The fashionista never failed to leave us mesmerised with her jaw-dropping looks.

Here are a few of Nicole Kidman most fashionable and glamorous looks, check out the pictures and take some inspiration from the fashion queen. Crypto Gaming Seems to Be Exploding During COVID-19