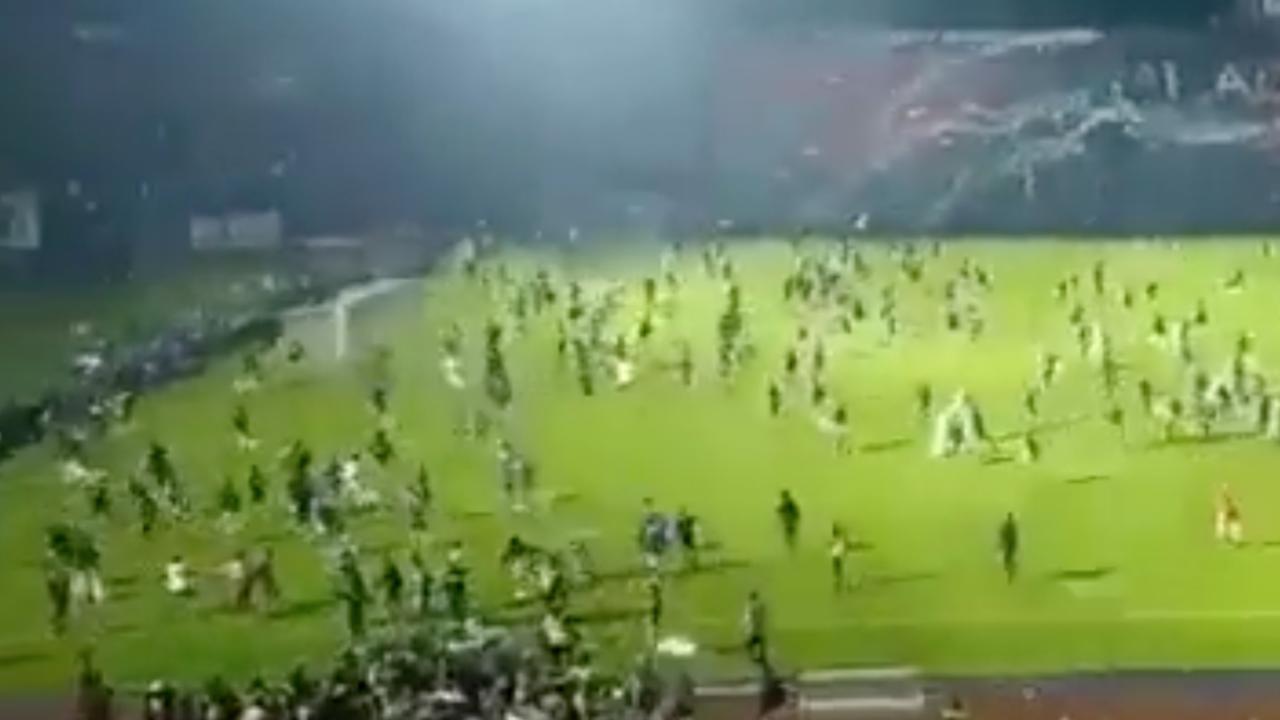 More than 100 football fans are reported to have died after a riot broke out at an Indonesian Liga 1 football match between Arema and Persebaya at Kanjuruhan Stadium in Malang.

Persebaya emerged 3-2 victors over their rivals Arema in the East Java Derby, prompting a large number of supporters to invade the pitch after the full-time whistle.

Riot police responded by using tear gas inside the stadium, as frightening footage shared across social media showed fans scaling over fences to escape the smoke.

According to the Times of Indonesia, security officers tried to keep the rushing crowd in check by hitting and kicking fans.

The tear gas had thousands of fans struggling to breathe, with many eventually fainting as a result.

Wiyanto Wijoyo, the head of the Malang Regency health office, revealed the horrific number of deaths with a worrying amount of others hospitalised with injuries.

“We are concerned and deeply regret this incident,” Lukita said.

“We share our condolences and hopefully this will be a valuable lesson for all of us.”

The remaining Liga 1 fixtures scheduled for the week have been postponed and the Indonesia FA announced Arema would not host any further home games for the remainder of the season.

“PSSI regrets the actions of Aremania supporters at the Kanjuruhan Stadium,” Iriawan said.

“We are sorry and apologise to the families of the victims and all parties for the incident. For that PSSI immediately formed an investigation team and immediately left for Malang.”

Persebaya’s official Twitter account posted: “Persebaya’s extended family deeply mourns the loss of life after the Arema FC vs Persebaya match. No single life is worth football. We pray for the victims and may the families left behind be given strength.”

Black, Korean and searching for the American dream – BBC

Black, Korean and searching for the American dream - BBC