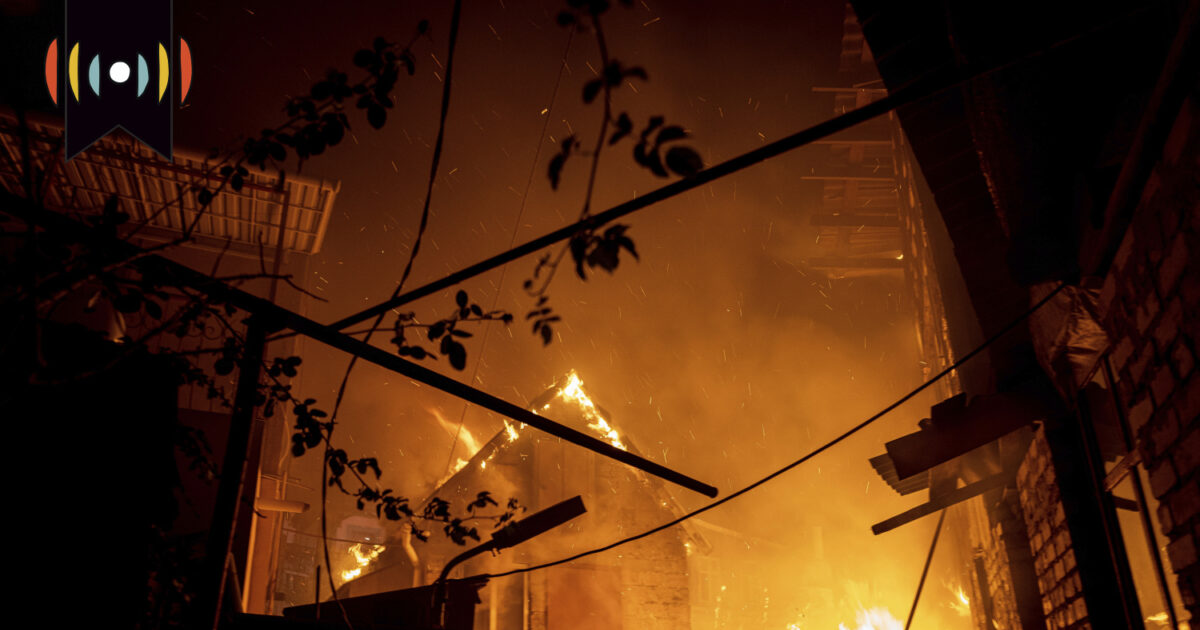 The sound of roaring flames rising from a house in Kherson, Ukraine after a Russian artillery strike.

Moscow’s forces continue to hit civilian targets as they lose ground on the battlefield.

KING: I think Putin is extremely dangerous right now. The ironic situation that we’re in is that the better the Ukrainians do, the more dangerous becomes because he’s running out of options.

U.S. intelligence head Avril Haines says Vladimir Putin’s advisers may have shielded him from bad news about the war, but that he “is becoming more informed of the challenges that [his] military faces.”

Blinken vows U.S. support for Israel despite unease over govt. » Secretary of State Tony Blinken said Sunday the United States and Israel will remain close friends even when their leaders disagree on big issues. Incoming Prime Minister Benjamin Netanyahu does not agree with the Biden administration’s policy of pursuing a two-state resolution to the Israeli-Palestinian conflict.

BLINKEN: Just as we believe that Israel has a responsibility to take steps to advance the prospects for enduring peace, the Palestinian authority must demonstrate that it has the will and it has the capacity to be a true partner in a process that can lead to two states.

Iran morality police » Meantime, in Tehran, an Iranian lawmaker said Sunday that Iran’s government is “paying attention to the people’s real demands” after months of protests.

That came a day after a top official suggested that the country’s so-called morality police division has shut down.

Protests ignited nationwide earlier this year after a 22-year-old woman died in police custody. She was arrested for wearing her headscarf incorrectly.

It’s still unclear whether the police morality division has, in fact, been shuttered.

Twitter » The owner of a computer repair shop who blew the whistle about the contents of Hunter Biden’s laptop is speaking out.

ISAAC: Watching Elon release this material on Friday night was very exciting for me because what I felt like I knew the whole time was true. And I feel vindicated.

The communications Musk released revealed messages about banning links to stories about the laptop under supposed suspicion that it was Russian propaganda.

Isaac said the FBI took possession of the laptop in December of 2019.

ISAAC: And with that, they took all my notes, all my information that I had provided them. And so they had ample time to review that data and realize that it wasn’t Russia.

Leaders of the incoming Republican majority in the House say they plan to investigate the FBI’s actions regarding suppression of the story.

TikTok is owned by a Beijing-based company. And Wray says the communist government there has access to user data and the ability to control the app’s recommendation algorithm. And that—in his words—“allows them to manipulate content, and if they want to, to use it for influence operations.”

WRAY: All of these things are in the hands of a government that doesn’t share our values and that has a mission that is very much at odds with what’s in the best interest of the United States. That should concern us.

He also warned that China could use the app to collect data for espionage operations.

U.S. officials and the company are now in talks over a possible agreement that would resolve American security concerns.

PENCE: And what Karen and I will give careful consideration to over the holidays is whether we can play a role in that, in giving the American people a fresh start.

He said the lesson from last month’s midterm elections is that Republican candidates that focused on the future did well, whereas those who focused on re-litigating the last election did not do as well.

Fashion Trends Remain Unchanged As 2022 Winds Down – – The Tide