Meet Nori, A Steamer-Meets-Iron For A Wrinkle-Free Wardrobe 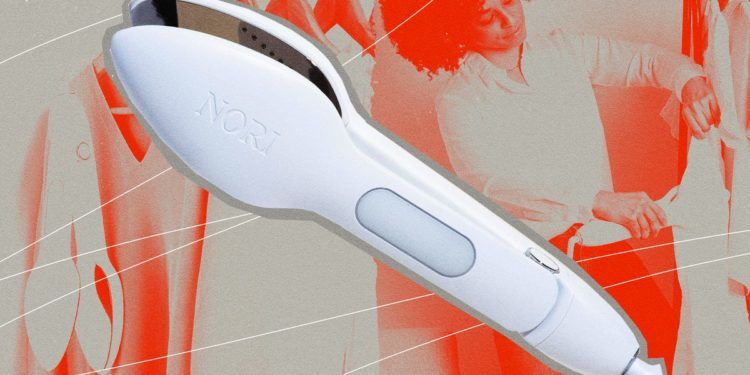 My earliest memories of ironing is getting my school uniform ready for the week every Sunday night. My dad showed me how to properly iron a dress shirt when I was just a tween and the muscle memory has stayed with me decades later. But through my adult years, the iron and board I once owned was just a permanent fixture in my closet until I finally got rid of it. Even my apartment building has a mysterious mini ironing board outside that no one has yet (or refuses) to claim.

A small portable steamer was my jam for some time, until I took it on a work trip overseas and it broke for good. For a wrinkle-free wardrobe, people often turn to life hacks instead, like applying a hair straightener to your clothes or hanging your garments in the shower. I once read to put a T-shirt in between your mattress and springboard to flatten out the creases, which actually works, but I also forgot about a lot of T-shirts. Luckily, I was given the chance to try out Nori, a new steamer-meets-iron gadget that recently hit the market to keep your clothes crisp at all times.

The Nori is like a very large straightener and finished with a pointed tip (much like an iron) so you can easily access the hard-to-reach parts of a garment, like around buttons or along collars. There’s no need to set a certain temperature for it, as the settings are based on fabric type. (Bonus: There’s even a setting for denim.) The press itself is made up of two aluminum plates, so that once you clamp it down onto a piece, it irons the front and back at the same time. There’s also an optional steam feature if you need an extra push to get rid of wrinkles.

When I tried out the Nori Press, I was advised to hang up my garment while working on it and I agree that this method works best. You can also lay your clothing down and iron it that way, but you’ll need gravity on your side as you flatten the Nori and drag it down to the bottom of the piece. I was also given a bottle of the brand’s “Fabric Facial,” a liquid solution made up of deionized water and a light fragrance to deodorize your clothes. If you have the extra $15 to spare (the Nori costs $120), then do it. I found spraying this onto my clothes before pressing made a noticeable difference in removing wrinkles.

While it did take some time for me to get used to maneuvering the Nori on my jeans, a dress shirt, and a tee, it was a quicker and easier wrinkle-removal process than every other tactic I’ve relied on before. I’m excited to take this along with me on future trips since it’s so easy to store (and unlikely to break on me), but for now, I keep it in my closet, ready to go whenever I grab yet another crinkled T-shirt from my dresser drawer. No ironing board, steamy shower, or mattress and springboard required.

Here, founders Courtney Toll and Annabel Love break down what makes Nori such an exciting innovation, how they came up with the idea, and breaking into an old-school industry.

How did you come up with the idea behind Nori?

Annabel Love: When we graduated and even when we had summer internships working in various cities, we found that there was no space in our small apartments for these massive clunky ironing boards. So we were turning to leaky steamers, which were ineffective. They were getting water everywhere and we needed an on-the-go fix that can really help solve our issue of wrinkled clothing. Courtney turned to this DIY hack of using a hair straightener to remove wrinkles from her clothing. And we kept turning to all these people and they were like, ‘I do that all the time.’ Or, ‘I use the steam for my shower to help release the wrinkles for my clothing.’

We weren’t alone with these DIY hacks and we decided to pursue using that technology and applying that to a wrinkle-removing device. We’re entering a market that hasn’t really seen this real innovation in quite some time.

You did a pretty extensive study to learn more about Nori’s customers and their needs. What can you share from it?

Courtney Toll: We ran an independent market study of 500-plus participants and that took the shape of surveys, in-person interviews, in-person questionnaires, focus groups, etc. This was over a long period of time and we aggregated all of these different responses. We found a few stats: 86% of those interviewed said that they had repeated frustration with their steamer, that they didn’t like the steamer that they were using. That’s really unreasonable for any market that has this many options.

One in seven said that they owned an ironing board, which is really not a majority by any means, and especially for this target market, which is about 22- to 30-year-olds. If they’re looking to feel ironed and pressed, but don’t even own an ironing board, clearly there is a disconnect. And then the average 22-year-old was spending upwards of $400 on dry cleaning a year. If that’s at the beginning of your professional career, you can imagine that scales indefinitely as you get older.

So all of those underline the same points that Annabelle already talked about — that there was a real need for innovation here. There hadn’t been much innovation since the creation of the steamer in the 1980s. And we heard the same thing time and time again: You want the finish of an iron with a handheld and portable nature of a steamer. It just so happened that as we began product development, that that original form factor of a hair straightener kind of came full circle.

What has it been like entering the hardware industry with this type of product?

Toll: I think that this is one of the really cool aspects of this story because hardware is a sector that most entrepreneurs like to avoid. Those that do enter it are 70% men, but it only takes listening to How I Built This with the founder of Square or Peloton or Ring to understand all of the hoops you have to jump through with hardware.

So in comes Annabel and I, bright-eyed and bushy-tailed 25-somethings, and we just entered it with kind of this naive nature. But I really think we use that to our benefit. We asked every single question in the book, we interviewed over 19 design firms before landing on the individuals that eventually built Nori. We signed on for every regulatory test that is loosely recommended by the industry and we attended every engineer brainstorm. They would say things like, ‘Well, that’s not normally done within the hardware industry.’ But that wasn’t the standard for us.

We were able to consistently push back and put in a ton of time and effort to make sure that we were meshing together ‘yes, what is the standard of hardware?’ with ‘what is it that consumers really want out of this product, and what’s going to feel like second nature to them?’ And I think that all this time and effort has translated to what is, hopefully, a superior product.

Rescued David Bowie Painting Will Sell for 10,000 Times its Price 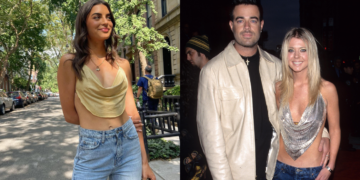 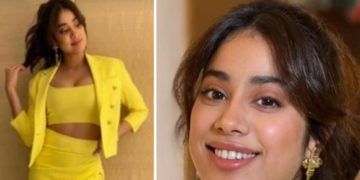 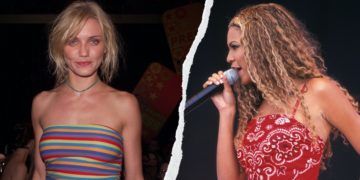 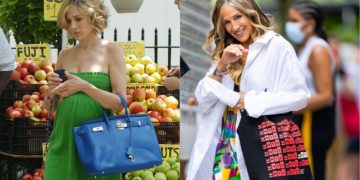 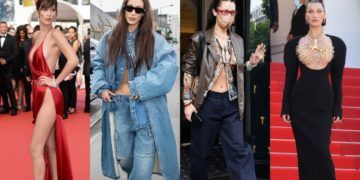 Rescued David Bowie Painting Will Sell for 10,000 Times its Price

Sex and the City vs The Sopranos: which show wins in the style stakes