The Diamonds won the Constellation Cup to prove their culture can’t be buried, while Nat Medhurst has fired up about the real reason a $15 million Netball Australia sponsorship collapsed. Check out CODE’s Best of Sport for today’s sporting news.

On Friday, when a stressed and exhausted Donnell Wallam finally hoisted the white flag and agreed, reluctantly, to wear the Hancock Prospecting logo in the Diamonds’ upcoming series against England, it appeared that the mining giant’s $15 million sponsorship of Netball Australia might have still been in play.

By Saturday lunchtime, when it was revealed that Gina Rinehart’s company had yanked the contract off the table, minus a token four-month pro-rata handout while a replacement backer is sought, NA chief executive Kelly Ryan’s worst-case had become the real time, right now, scenario.

Whatever happened in between will not change the outcome, although it is known that, up until 6pm on Friday, the Australian Netball Players’ Association continued to ask the governing body to seek the exemption for the squad’s only First Nations player that it believed to be the right and decent thing.

What Wallam wanted, above all, was for Rinehart to denounce the racist comments about Indigenous “sterilisation” made by her late father Lang Hancock, the company’s founder, back in 1984.

Amid the murky collapse of Netball Australia’s Diamonds sponsorship from Hancock Prospecting, the true problem that’s ruining the sport has been lost, writes NAT MEDHURST.

Everyone was waiting for this type of accident to happen. A head-on collision from which no one can look away.

That is the current situation around Netball Australia, the Diamonds and the farcical collapse of a $15 million sponsorship with Gina Rinehart’s Hancock Prospecting.

That is the situation with netball.

Having played at the elite level for 17 years, seeing the sport like this breaks me.

So much of this story is murky and amid the bombshell headlines, the crux of the problem has been lost.

Pitch at the heart of all-time MCG classic

A classic Indian victory in front of more than 90,000 signalled that a city locked down for so long is back, but as DANIEL CHERNY writes, the much-maligned MCG pitch is also rejuvenated.

Making a Test pitch is like a full term of pregnancy, where many things could conceivably go wrong but the end result is magical. Preparing a Twenty20 pitch is more like a one-night stand, far less drama but unlikely to leave a lasting impact.

Pardon the crude analogy. But it’s a lot harder to stuff up a T20 pitch than one for a Test. Essentially when designing a T20 deck: keep it flat and let the batters go to work.

Test cricket is supposed to be a compelling and undulating contest between bat and different types of bowling. In T20 cricket, the bowlers are like supporting actors, if not extras. Cricket already has extras but you get the gist.

Which is what made MCG curator Matt Page’s decision to leave more than a healthy smattering of grass on the deck, for possibly the most watched sporting event that will ever take place at this country’s most famous arena, both interesting and brave.

On a night when the blue of India outnumbered the green of Pakistan in the crowd, the pitch did its best to even things up.

Some within NRLW circles have anxiety about moving to 10 teams next season and whether there’s enough talent to maintain a quality competition.

Not Olivia Kernick. The Sydney Roosters forward is the living, breathing embodiment of what an athlete can achieve once they’re placed in a professional environment.

Her story is not one of a young girl growing up wishing she could play rugby league like NRL players she idolised. Rather, a talented athlete who found an outlet for her sporting passion.

It will be a similar story for many when the NRLW expands from six teams to 10 next season.

Kernick didn’t grow up playing rugby league like many of the current stars. She played touch football and netball on the Central Coast and fell into rugby league at 17, when her friends asked her to play a Nines tournament.

That was four years ago. Now, she’s an NRLW premiership winner, a State of Origin star and a Jillaroo.

And it all happened this year.

AFL phantom draft: First look at how picks will fall

The AFL national draft is just five weeks away and clubs are beginning to zero in on their targets. See the predicted top 25 picks – including some late-season bolters.

While Aaron Cadman might go at No.1 on draft night, you’d struggle to find a club that does not have Ashcroft pegged as the No.1 talent in this year’s pool. The Giants are not expected to bid on the Brisbane father-son at pick 1, meaning the Kangaroos will have to do so at pick 2. The prolific ball-winning onballer – who is the son of three-time Lions premiership player Marcus – has not put a foot wrong this year and has won a swag of awards in the process. Expect him to have an immediate impact in a Brisbane jumper next year.

VISIT CODE SPORTS FOR MORE GREAT STORIES: Our in-depth CODE originals, everything from News Corp Australia’s National Sports Newsroom, plus the best of The Times (London), The Wall Street Journal, The New York Post and FOX SPORTS US. 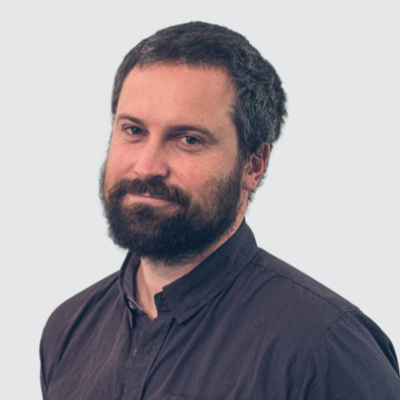 Tim Elbra is the deputy editor of CODE. He started out as a reporter at The Daily Telegraph in 2003 and has also worked for mX, NRL.com, Fox Sports, AthletesVoice and Nine’s Wide World of Sports. Tim was one of those kids who played every sport he possibly could while growing up and you’ll find him writing about a broad range of sports on this site. He’s never met a sport he doesn’t like and outside of footy, cricket and tennis, has a passion for snowboarding, bodyboarding, scuba diving and hiking. He’s still waiting, impatiently, for the Parramatta Eels to win another premiership.