Latest AFL, NRL, cricket news – What you need to know this morning – Code

T20 cricket has changed the art of fielding forever. We go behind the scenes to find out the tactics and training behind a revolution. Check out CODE’s Best of Sport for today’s sporting news.

Spectacular catches have always been a feature of cricket, but adapting to T20 has unveiled a host of new fielding tactics in training and during games, writes DANIEL CHERNY.

On a slippery Wednesday at Albert Park’s Harry Trott Oval, during a week in which La Nina would wipe out three World Cup matches at the MCG, Simon Helmot encourages a group of around 10 players through what he says was a particularly intense session.

Fitting for conditions conducive to swimming, the drills take a freestyle vibe. There is organisation, but aside from the odd stump and Helmot’s bat, there is no equipment.

“No cones, no lines. My coaching philosophy, which is probably shared by many, with fielding, is … take away the cones, it’s got to be game-like or game sense activities,” Helmot says.

“Fielding can be messy. So don’t have, ‘Oh run from this cone to that cone.’ That doesn’t happen in a game. Glenn Maxwell has to run as fast as he possibly can, with Mitch Marsh running from the other side.”

Collingwood midcourter Kelsey Browne has had a chunk of time between caps for Australia, but the veteran’s selection in the Fast5 tournament is motivating a revival, writes LINDA PEARCE.

Kelsey Browne’s latest Australian selection has come at the age of 30. At this weekend’s Fast5 World Netball Series, she’ll be the oldest player in the team by five years.

Following a career-best domestic season, the dynamic Magpie is treating her unexpected call-up as a welcome sign that the Diamonds door is still ajar.

“I feel better at 30 than I did at 23, and physically I’m able to do a lot more than I was back then, and I think that’s post-knee and learning a lot more about my body.

“I would say it was probably the best I’ve played, with the help of my teammates. That’s the level that I’m expected to play at now, but I think I can always do more, and I’m excited to see that I can probably go further again.’’

The AFLW took a bold step when scheduling its first spring season, and on the eve of the finals, SHANNON GILL speaks with Nicole Livingstone about the lessons that have been learned.

Ahead of AFLW’s first spring finals series, General Manager of Women’s Football Nicole Livingstone admits there was one thing that they didn’t understand despite all the research and analysis that went into the move from summer to spring.

“One of the things I thought would happen is that as a team was eliminated from the AFL men’s competition that they’d automatically come across to the women’s comp to barrack for their team,” Livingstone tells CODE Sports.

With all 18 teams now represented it seemed a reasonable supposition for hardcore fans to transition, but they didn’t bank on the footy grieving process.

“Those AFL supporters were actually annoyed that their team was out, and they weren’t quite ready to come back to footy,” she continues.

“And the clubs were the same. They said, ‘We have to wait a bit to talk to our men’s fans because they’re not very happy with us right now’.”

‘Unrecognisable’: Five-year rise of the Jillaroos

The women’s game has changed dramatically since the 2017 RLWC, and the physical transformations of the Jillaroos is a direct result of investment, writes PAMELA WHALEY.

Same game, but in five years everything has changed for the Jillaroos.

Leading into the 2017 Rugby League World Cup, Jillaroos coach Brad Donald remembers scrambling trying to find a supporter to offer the Australian squad a gym membership so they could get some preparation done. They managed to wrangle a six month deal with Fitness First for 20 players.

Back then, there was no NRLW, no women’s State of Origin and nowhere near the amount of resources for women’s rugby league. And from their vantage point in York after beating the Cook Islands 74-0 in game one of RLWC on Wednesday night, it’s easy to see how far they have come.

VISIT CODE SPORTS FOR MORE GREAT STORIES: Our in-depth CODE originals, everything from News Corp Australia’s National Sports Newsroom, plus the best of The Times (London), The Wall Street Journal, The New York Post and FOX SPORTS US. 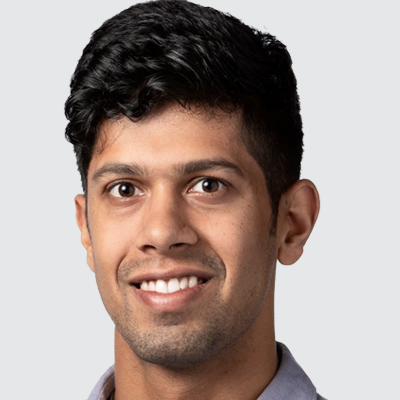 Jacob Kuriype is a writer for CODE Sports. Born and raised in Sydney’s multicultural south-west, Jacob is passionate about storytelling that celebrates and draws on diversity in all its shapes and sizes. He got his first taste of the industry with Foxtel during the 2012 Olympics, joining Fox Sports’ digital team the following year. He has covered cricket extensively since 2015, while also chipping in for football, NRL and rugby. He loves most sports but is poor at all of them.

1 in 8 victims of gun violence taken to Baltimore-area hospitals is a child, a grim picture made worse by the coronavirus pandemic – Baltimore Sun