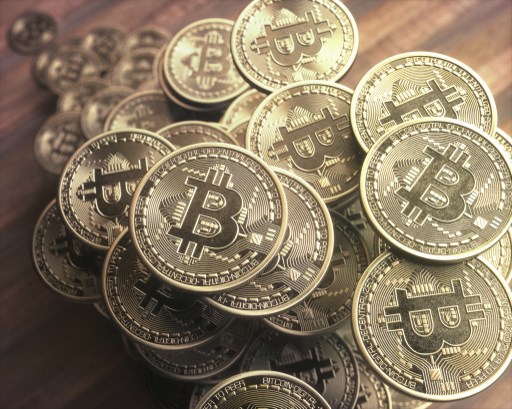 Zro Bank has been operating since May in a beta testing phase with a base of 5,000 users. Last week the app went live allowing certain transactions in Brazil’s real and bitcoin. The projection is to reach 100,000 users in three months.

Soon, other traditional and digital currencies are expected to be available on the platform, including the dollar, the euro and even gold. Plans also include expanding the service to other countries, Zro’s CEO and co-founder Edísio Pereiro Neto told BNamericas.

He said the company is working, with the help of Deloitte, to close a series A fundraising with three global investment funds.

“We want to become a financial superapp. And blockchain is a very fast, inexpensive and 100% trackable technology, so it’s safe,” said Neto.

Initially the service will operate as a typical digital bank, allowing common banking services free of charges, such as transfers and bill payments. The partner bank in Brazil is Banco Topázio.

Zro is also making available a physical and virtual debit card in partnership with Visa and will soon also launch a credit card with cashback in bitcoin.

Neto is a partner of money exchange firm BIT, which has 200 outlets in Brazil. BIT’s main business is exports and imports, or international payments. But he says the currency exchange business model is anachronistic.

“When you want to buy a product in China and send 10,000 reais the process is registered in the SWIFT system, used by all banks in the world. But if there’s an intermediary bank operating this transaction and the money for some reason doesn’t reach its final destination, the banks manually call each other to find out where the customer’s money is. It’s complex and not modern.”

In 2018, Neto launched fintech BITblue, combining currency exchange with cryptocurrency. BITblue has reached agreements with exchanges abroad to be integrated into a Brazilian platform. In it, says Neto, Brazilians are able to buy bitcoins abroad regularly and instantly.

“The user makes a TED, the platform converts it to bitcoin and we send that money.” This platform gained a lot of traction and in a short time was trading 100mn reais (about US$18mn) a month.

As the exchanges themselves used the BITblue platform, the service ended up being in the B2B segment. The exchange market in Brazil served retail and BITBlue served exchanges, giving them liquidity, says the CEO.

The Zro project, which was conceived a year ago, came to specifically serve the end user.

According to Neto, there are three pillars to the business.

The first is money exchange. It will be possible to send money through the application in three or four clicks, “to compete with TransferWise, which is the major global player in this market,” he said.

The second pillar is cryptocurrency, which he believes is a trend that will strengthen.

“In the future you’ll eat a Big Mac and you’ll get a notification on your cell phone with a cashback in cryptocurrency from McDonald’s [the fast food chain is working on a cryptocurrency project]. This cryptocurrency will be able to be used to buy at McDonald’s or to exchange, send to a friend. It will be like a stock market.”

The third pillar is digital payment. The Brazilian central bank has already approved the adhesion of Zro Bank to PIX, the new system of instant payments via QR code that will go live in November, said Neto.

But there are roadblocks ahead, starting with certain mistrust, particularly surrounding bitcoin, the most famous of the cryptocurrencies, as well as the increasingly crowded arena of digital payment services.

“Bitcoin has seen money-laundering cases, yes, but the problem is not the technology itself. It’s like seeing issues in ATMs because of robberies and explosions at banks. Money laundering is made with real currencies.”

He argues several countries are working on their own cryptocurrencies, citing China, the US and “even Brazil, which set up a working group for this purpose,” he said.

The entrepreneur insists Zro Bank’s business model is unique in the region, and matched globally only by UK-based app Revolut.

Founded in 2015 and offering money transfers and exchanges, Revolut reports over 12mn personal customers and 500,000 corporate ones in 35 countries.

Neto also lists among the technological differentials immediately available with the launch of Zro an integrated chat with the messaging-app Telegram to request transactions.

He says the model is similar to that used by WeChat, China’s main payments app.

Asked if the option for Telegram rather than WhatsApp, a messaging service used much more in Brazil, was related to the central bank’s suspension of the WhatsApp pay service in Brazil based on antitrust concerns, Neto said his service was being developed long before that decision.

“Besides, unlike WhatsApp’s, Telegram’s API [application programming interface] is open, allowing its chat to be used in other programs. We don’t expect people to stop using WhatsApp, but that they’ll use Telegram for financial purposes, with Zro Bank.”

So you’re working remotely and want to move? Here are the questions you should ask

So you're working remotely and want to move? Here are the questions you should ask