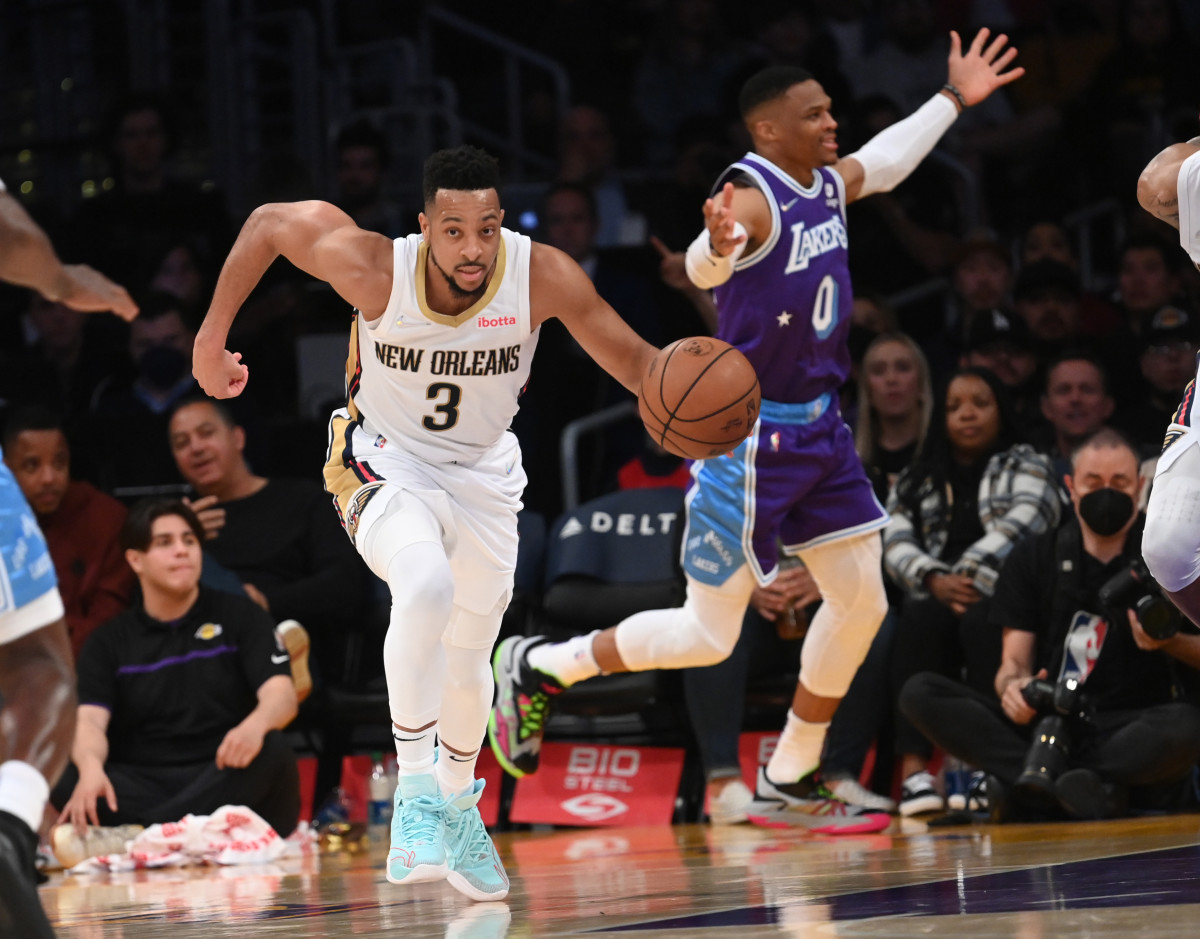 Tonight at 7:30 p.m. PT, your Los Angeles Lakers will hope to continue their winning ways as they play host to Zion Williamson, CJ McCollum and the rest of the visiting New Orleans Pelicans at Crypto.com Arena.

Both the Lakers and Pelicans could be missing some key pieces tonight.

Jovan Buha of The Athletic reports that starting center Anthony Davis has been listed as questionable to play due to the lower back tightness that has been pestering since the team’s preseason. Forwards LeBron James (sore left foot) and Juan Toscano-Anderson (left ankle sprain) are both listed as probable to play tonight. JTA has missed the Lakers’ past two contests with the sprain.

At age 37, James seems determined to maximize his on-court output. He’s averaging 36.2 minutes a night for Los Angeles in his 20th NBA season, which seems dangerous given his recent injury history with the club. Why Darvin Ham hasn’t put the 18-time All-Star onto a Tim Duncan-esque minutes management program is beyond this writer.

Per Andrew Lopez of ESPN, Los Angeles will also be without Dennis Schroder, Thomas Bryant, and Cole Swider, all still out with long-term injuries. Lopez reports that, on the New Orleans side of the bracket, star Pelicans forward Brandon Ingram — the key returning player for New Orleans in its 2019 trade of Davis to L.A. — is still in the league’s concussion protocols. Kira Lewis Jr. and E.J. Liddell are both rehabilitating right knee ACL injuries. Defensive stalwart Herb Jones (hyperextend right knee) and rookie point guard Dyson Daniels (sprained left ankle) are listed as probable to play.

The 4-2 Pelicans should still have more than enough weapons to make a game of it tonight in Los Angeles, but your well-rested 1-5 Lakers seem hungry to continue the season turnaround that kicked off Sunday with a 121-110 win over the Denver Nuggets. If Anthony Davis does sit, will Darvin Ham start Wenyen Gabriel or Damian Jones at center? And would either player offer much resistance to Jonas Valanciunas inside? This writer is dubious.

Can the US live in Xi Jinping’s world? – BBC

Can the US live in Xi Jinping's world? - BBC