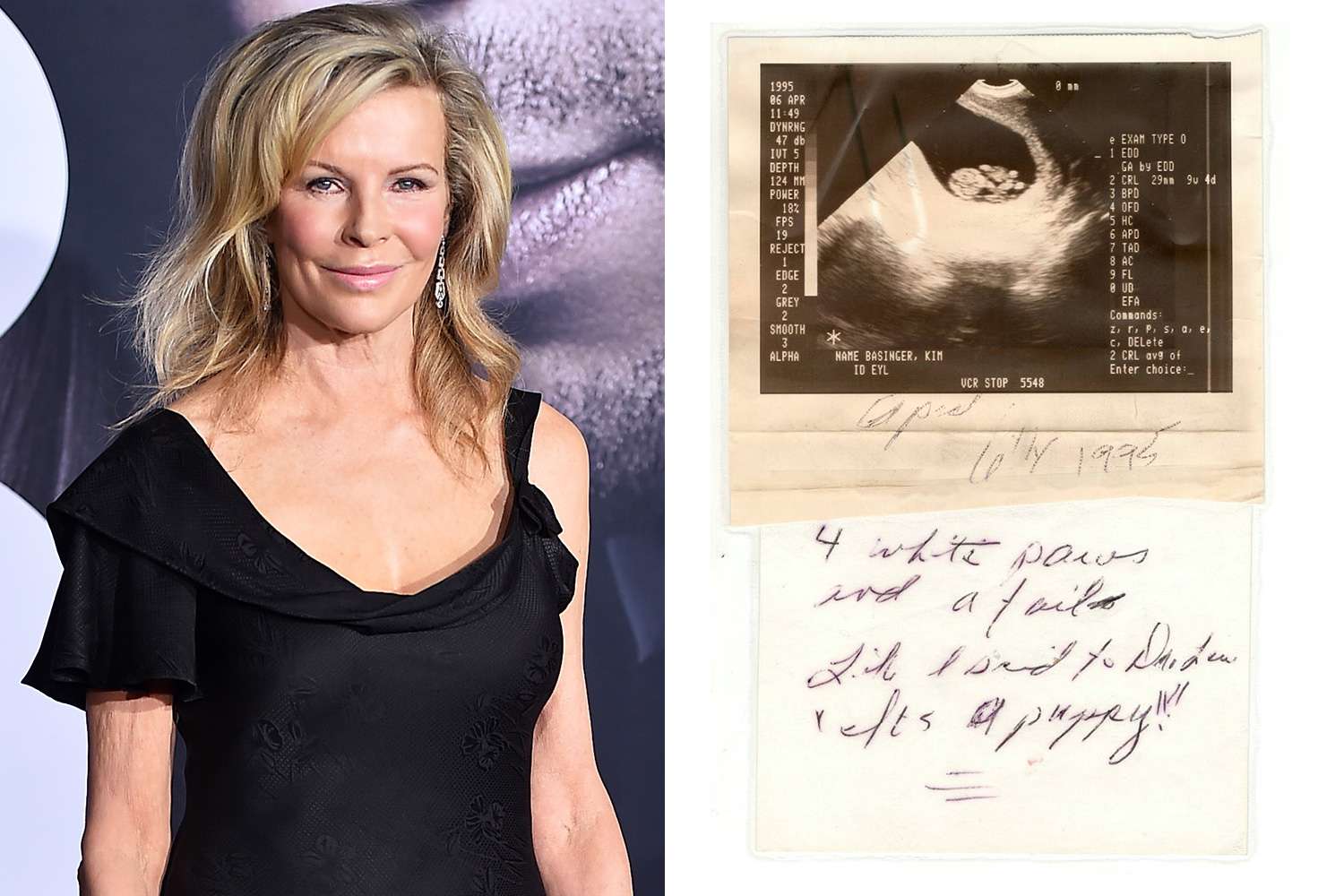 Kim Basinger is one proud grandma-to-be!

After her daughter, Ireland Baldwin, confirmed her pregnancy last week, Basinger shared a touching Instagram tribute to her future granddaughter.

The actress — who shares Ireland with ex-husband, Alec Baldwin – posted two photos: one of her own sonogram with Ireland from 1995 and one of Ireland’s sonogram from her current pregnancy.


The 69-year-old actress continued: “This weekend, 27 years later, I looked at @irelandirelandireland’s newest sonogram and could have sworn she was having a Beagle!”

“Like mother, like daughter…. and a new baby girl coming our way,” she added. “So looking forward to meeting this little Snoopy in June…”

On Saturday, Ireland, 27, posted a photo of a sonogram, writing in the caption, “Happy New Year ❤️.” This will be Ireland’s first child, which she is expecting with boyfriend RAC (born André Allen Anjos). He also shared the post to his feed.

Ireland further confirmed the news with a photo of a pregnancy test she shared to her Instagram Stories, which she captioned “It’s not a dog lol” — responding to the many commenters who seemed to think Ireland was pulling a prank by sharing a photo of a puppy rather than a human baby.

And as to how she’s feeling? She also shared a pic of herself appearing to experience morning sickness next to a toilet, saying that if you’d had trouble getting in touch with her recently, “it’s because this was me for the past while.”

Many celeb friends sent well wishes in the comments, including Sarah Paulson, who wrote, “Omg!!!!! Congratulations!!!” and Rumer Willis (who herself is expecting!) who said, “Yay can’t wait to meet you little one.”

It is unclear when the pair started dating, but over the past year they’ve celebrated many holidays together, including Halloween, Christmas, and Valentine’s Day, according to the musician’s Instagram posts.

In October, RAC honored Ireland on her 27th birthday by posting a video montage featuring photos and clips of the pair from a variety of moments in their life together while writing in the caption, “happy birthday @irelandirelandireland 😍 you make me feel alive ✨.”

Ireland created a highlight on her Instagram page from stories documenting her romance with RAC and simply captioned it, “👽❤️👽.”

The school with 1,400 stars in the making – Express