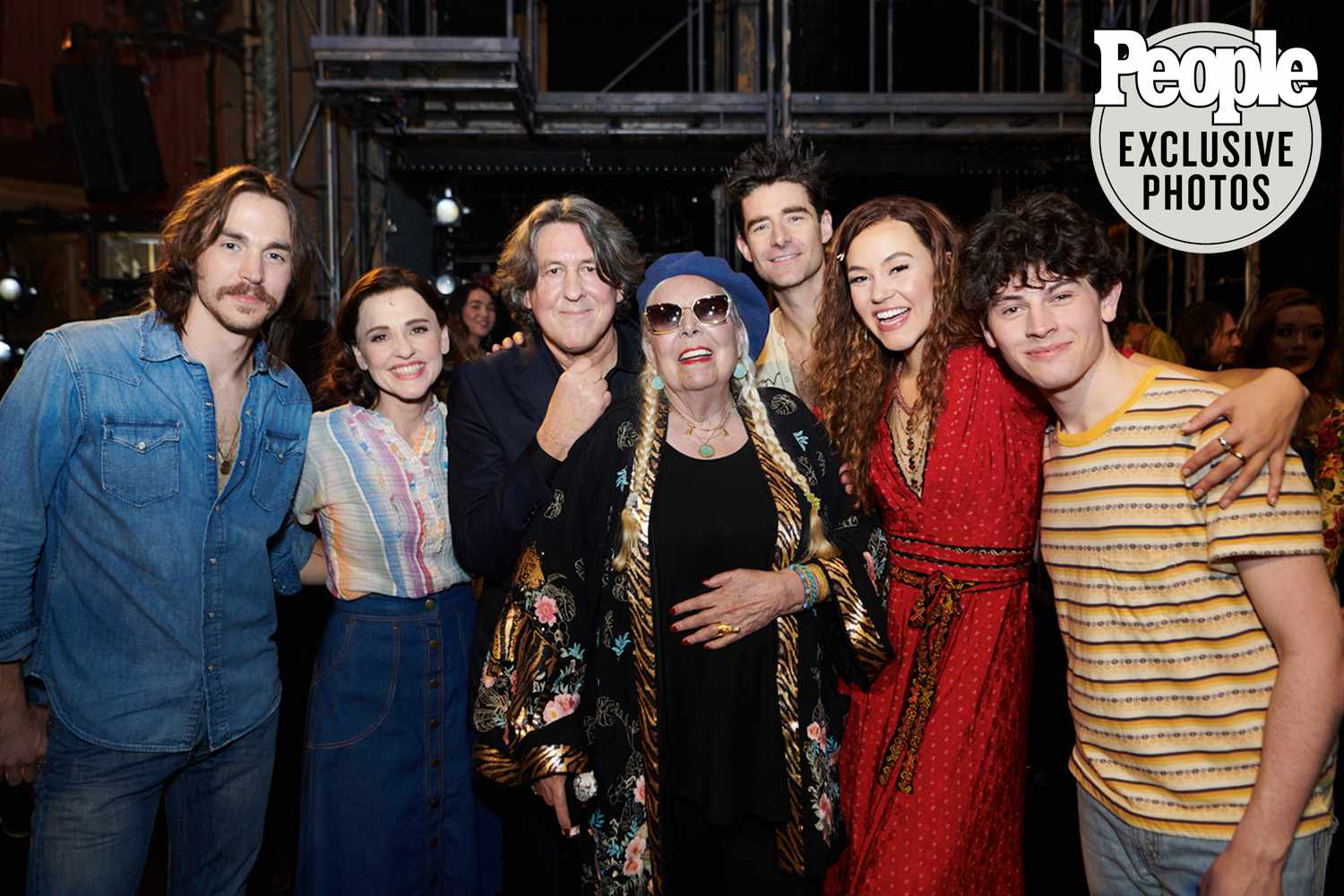 Joni Mitchell hit Broadway for the first time ever on Thursday night.

The legendary singer-songwriter, 78, took in her first performance on the Great White Way as she attended opening night of Almost Famous at the Bernard B. Jacobs Theatre.

As part of Mitchell’s evening, the cast welcomed her onstage following the performance for an intimate toast, PEOPLE confirms.

In photos of the historic moment shared exclusively with PEOPLE, the “Big Yellow Taxi” singer can be seen posing with the cast and crew of the musical adaptation — including Cameron Crowe, who wrote and directed the 2000 film of the same name. Crowe, 65, also wrote the book and co-wrote the lyrics for the new Broadway show.

In a statement to PEOPLE, Mitchell says she liked the stage show “even better than the movie.”

Almost Famous, which won Crowe an Oscar for Best Original Screenplay, is loosely based on his life as a teenage journalist writing for Rolling Stone. The film follows a young William Miller (Patrick Fugit on film and Casey Likes in the Broadway show) as he hits the road with the fictional band Stillwater for his story on the group of rock stars.

In May, Tom Kitt, who wrote the music for the stage show and co-wrote the lyrics alongside Crowe, told PEOPLE that fans of the film can “expect the beautiful sensibility of Cameron, the way he sees the world. There’s just a glorious poetry to his writing, and the energy of that time period and the music.”

At the time, Kitt added that the rehearsal room is “inspiring” and that he thinks the show “will feel that way too.”

In photos obtained by PEOPLE in August, stars of the musical — which include Chris Wood, Anika Larsen, Solea Pfeiffer, Drew Gehling, Rob Colletti and newcomer Likes — were seen attending rehearsals for the then-highly anticipated production.

Almost Famous the musical had its out-of-town world premiere at the Old Globe in San Diego in 2019. Preview performances on Broadway began Oct. 3.

Meanwhile, Mitchell recently made her own return to the stage, playing her first full set in more than 20 years at the Newport Folk Festival in July.

During the show, she sang fan favorites like “Both Sides Now,” “A Case of You” and “Big Yellow Taxi” — something she feared she’d never be able to do again after she suffered a near-fatal brain aneurysm in 2015.

“I’ve never been nervous about being in front of an audience,” Mitchell later told CBS News. “But I want it to be good. And I wasn’t sure I could be. But I didn’t sound too bad tonight!”

Tickets to Almost Famous on Broadway, directed by Jeremy Herrin, are available now at almostfamousthemusical.com.