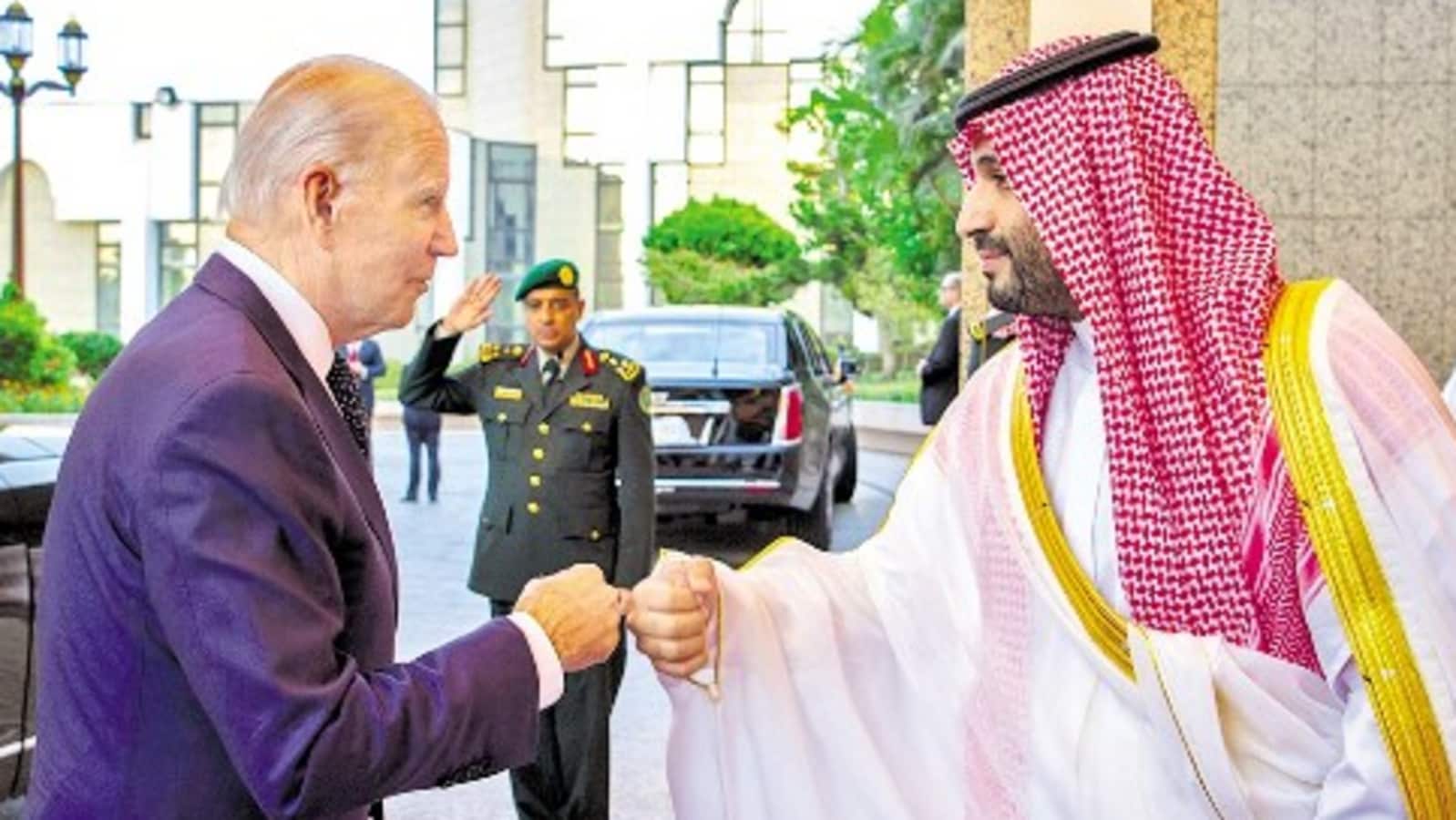 Jeddah: S President Joe Biden sought to use his first West Asia tour in office to reassert Washington’s influence but emerged without a single diplomatic breakthrough.

Appalled, devastated and worried. How the world is reacting to the attack on Salman Rushdie – CNN

On issues ranging from energy prices to human rights and Israel’s role in the region, Biden could point only to small – if any – gains after four whirlwind days of meetings and speeches.

Driving the point home, as Air Force One flew back to Washington on Saturday evening, Biden’s Saudi hosts downplayed one of the trip’s few concrete announcements: their lifting of airspace restrictions on flights to and from Israel, which Biden himself had earlier hailed as “a big deal”.

There’s little question the moves announced during Biden’s trip were “modest”, as Brian Katulis of the Middle East Institute in Washington put it, though he added that some represent “positive signs of perhaps something bigger to come”.

The roughest pushback Biden got so far over the trip stems from his meeting with Saudi Crown Prince Mohammed bin Salman (MBS), who US intelligence agencies concluded “approved” the operation that led to dissident and journalist Jamal Khashoggi’s killing.

“The greeting between President Biden and MBS is painful as a visual representation of our inability to achieve accountability,” said Kristin Diwan of the Arab Gulf States Institute in Washington, referring to Friday’s fist bump between Biden and Prince Mohammed.

Saudi Arabia was always going to be the most fraught piece of the itinerary, but Biden came under intense pressure to court Riyadh after Russia’s invasion of Ukraine sent energy costs soaring. US has been eager for the kingdom, the world’s biggest crude exporter, to help bring down rising petrol prices.

After his bilateral meetings with Saudi leaders on Friday, Biden said he was “doing all I can” to increase the oil supply but added that concrete results would not be seen “for another couple weeks” – and it was unclear what those might be.

MBS’s pledge to boost production capacity to 13 million barrels per day was actually first announced in May, and is not meant to become reality until 2027.

During Biden’s earlier stop in Israel and the Palestinian Territories, there was no progress at all when it came to long-moribund peace negotiations, leaving Biden to focus instead on economic measures, including 4G internet for Palestinians

Biden and Yair Lapid, Israel’s PM, signed a new security pact which commits the US to never allow Iran to acquire a nuclear weapon. But the pact did not mask differences in approach between the two. Lapid explicitly said the use of force needed to be an option as diplomacy and talk are inadequate, whereas Biden had reaffirmed he still wanted to give diplomacy a chance, calling force a “last resort”.

Appalled, devastated and worried. How the world is reacting to the attack on Salman Rushdie – CNN