Bedazzled denim is BACK! Jewel-encrusted jeans from the early 2000s have returned – so will you be rocking the bold look second time around?

In a year marked by shocking turns, perhaps it’s no surprise that jewel-encrusted denim is the latest Noughties fashion trend to make a garishly glittering comeback.

Nostalgic millennials are reliving their childhoods – a time when anything that could be bedazzled, was bedazzled – in shorts, jeans and jackets festooned with diamante rhinestones.

Sparkling designs are stocked in top brick-and-mortar retailers like Zara and on websites like Revolve, Pretty Little Thing and White Fox Boutique.

There’s even a range of diamond-fringed shorts on Shein and AliExpress, the Chinese websites infamous for mimicking designs from designer labels, which serves as implicit confirmation that bejewelled denim is officially on-trend again.

Scroll down for video 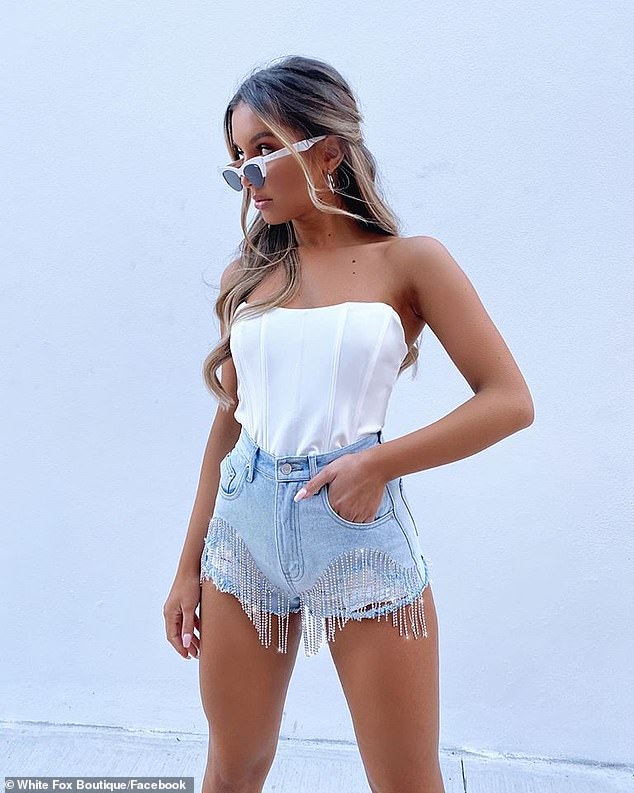 Bedazzled is back! Nostalgic millennials are reliving their early Noughties childhoods in jewel-encrusted denim clothes, like these $85 shorts from Sydney website White Fox Boutique 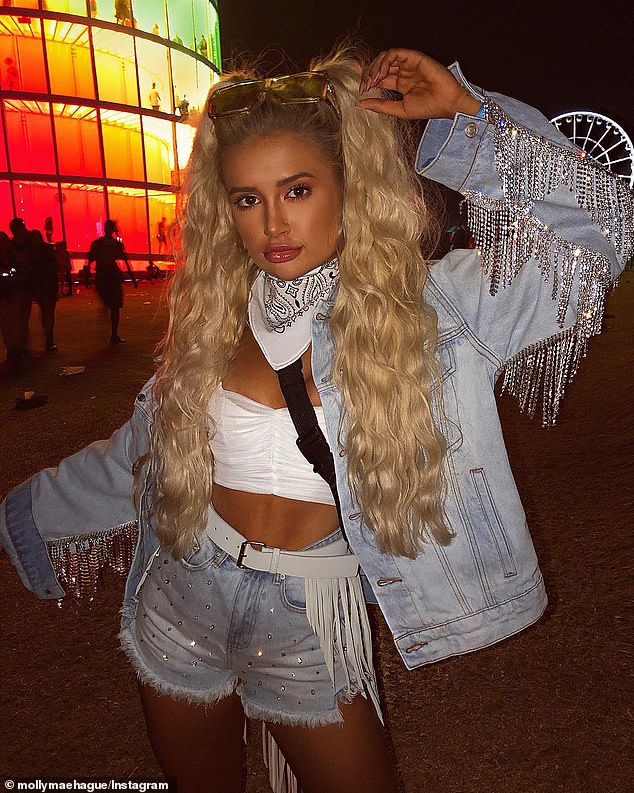 British Love Island star Molly-Mae Hague was one of the first to revive the look, wearing diamond-studded shorts and a denim jacket stitched with rhinestone fringing to Coachella music festival in Indio, California in April 2019.

Will you be wearing bejewelled denim this season?

But only recently has jewel encrusted clothing fully recaptured its former glory.

The eye-catching style got its sartorial seal of approval when Italian designer Roberto Cavalli featured denim pants with fringed hems and rhinestone embellishments in his newly released 2021 resort collection.

The Florentine fashion house also included studded leather jackets, a subtle homage to the blanket bedazzling of the ’00s.

Gucci even reinvented its iconic double G logo with colourful rhinestones now found on many of its bags, belts and shoes.

It’s music to the ears of those who grew up when Britney Spears and the Pussycat Dolls dominated the charts in brightly coloured bra tops and twinkling jeans. 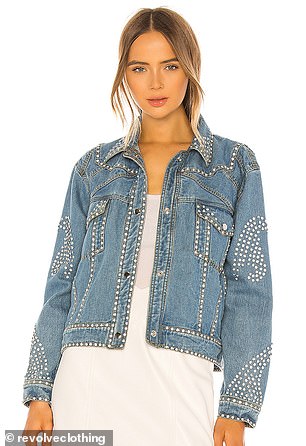 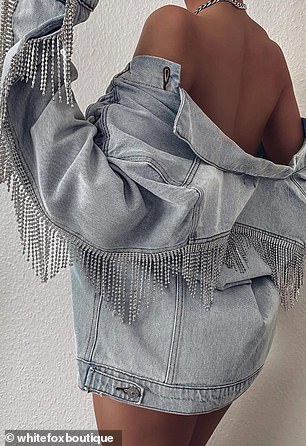 Pick your poison: A $396 studded jacket from Understated Leather on Revolve (left) and a $199 diamond-fringed jacket from White Fox Boutique (right) 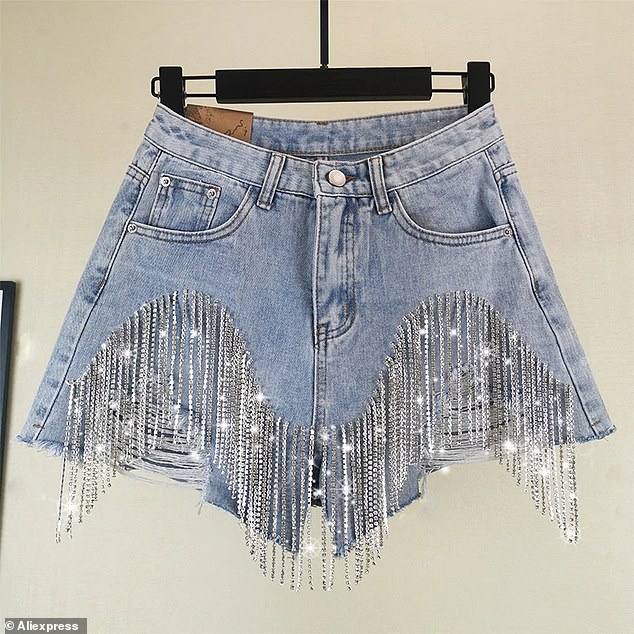 Bedazzled shorts advertised for $35 on AliExpress, the Chinese website infamous for mimicking designer labels – implicit confirmation that jewelled denim is back in fashion 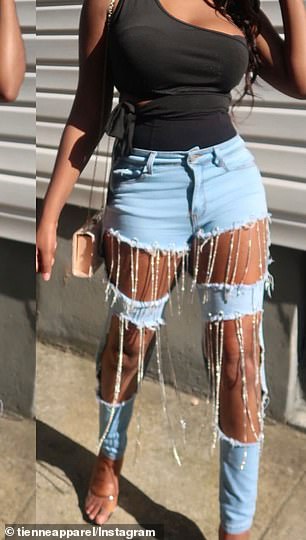 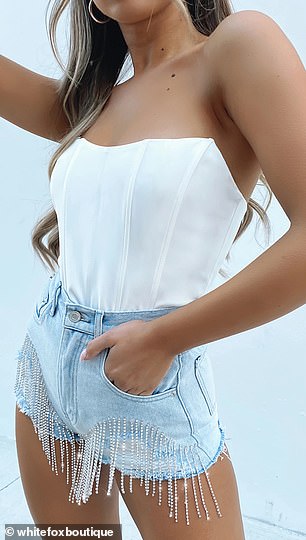 Excited ‘Noughties kids’ have been raving about the revival on Instagram, reminiscing on the era they came of age almost two decades later.

‘Those shorts!!!’ one woman wrote under a photo of a model wearing diamond-studded shorts from Sydney clothing website White Fox Boutique.

A second said: ‘I’m about this weird diamante vibe though.’

‘I love this, this fit is everything,’ said a third.

Every Treehouse of Horror episode, ranked

Ghosts from the past: Throwback horror stories (I)

The 10 Best Elk Rifles for Every Budget