‘I’m in survival mode’: crackdown on journalists intensifies in Iran – The Guardian 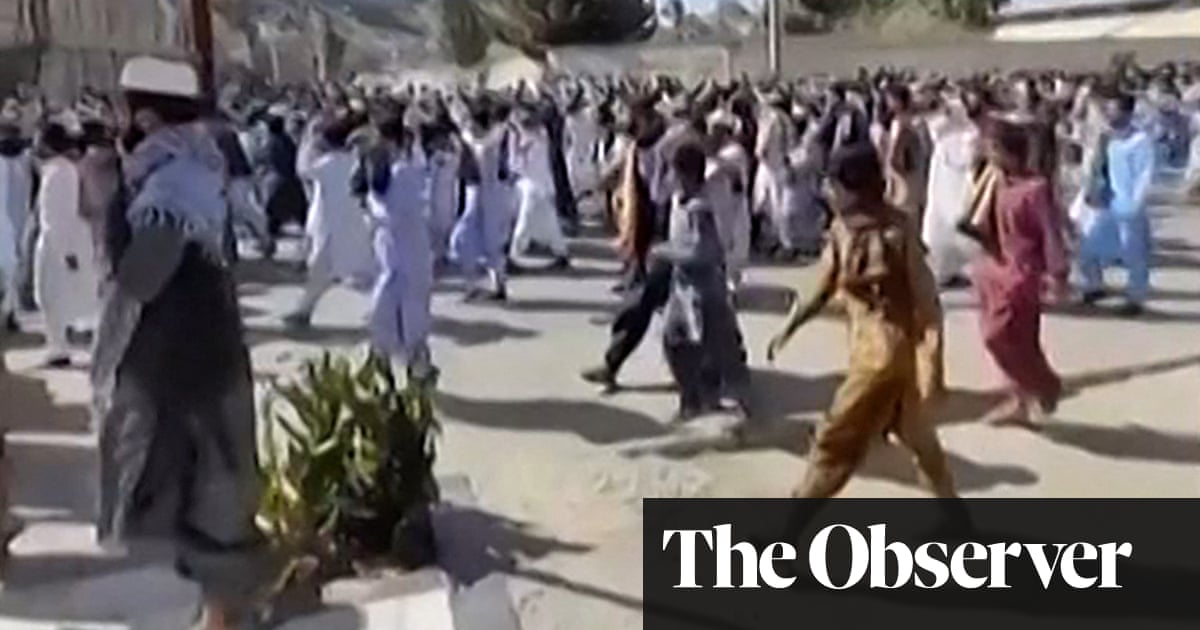 In the first days of the protests that have swept across Iran, a journalist called Reza was beaten by riot police and had his press card confiscated. Then, after sharing a post about the protests on social media, he was suspended.

“My editor informed me that they were taking this [decision] because I defamed the regime, and therefore defamed my publication.” He has since been reinstated, but his job has changed. “I am writing what they’re asking me to write. They’re trying to push stories of how all the news about the protests is untrue. I am in survival mode, so I continue to write what they tell me to.”

As nationwide protests enter their fourth week in Iran, the government is increasing its crackdown on activists and journalists. At least 40 journalists have now been arrested, according to a report by the Committee to Protect Journalists.

On 22 September Niloofar Hamedi, an Iranian journalist, was arrested after posting a picture she took of the parents of Mahsa Amini hugging each other in a Tehran hospital on the day of their daughter’s death.

Amini, 22, died in police custody on 16 September after she was arrested for not wearing her hijab properly, which sparked the protests that then spread across the country.

Mohammad Ali Kamfirouzi, Hamedi’s lawyer, tweeted the news of her client’s arrest and confirmed she was in solitary confinement in Evin prison, where she remains.

The CPJ highlighted the case of Yalda Moaiery, a photojournalist writing on Instagram from a van taking her to jail, who said she had been beaten and arrested on 19 September while covering protests in Tehran.

The independent news site IranWire reported that Moaiery had described conditions in Qarchak women’s prison, south-east of Tehran, as “horrible”, with more than 100 women crammed into a tight space.

“There are only three bathrooms … and prison authorities prescribe many tranquillisers for the prisoners,” she said.

Aferin*, a Tehran-based reporter, was raided by the authorities two weeks ago. “I have neither protested nor shared a post on my social media ever since we heard about the death of Jina [Amini]. The only reason they suspended me is that I liked some posts on Twitter,” Aferin said.

“After my editor warned me, I even deleted my social media handle out of fear. But on 29 September, a group of officers in civilian clothes barged into my and my colleague’s house. They took our press cards and laptops. They even took my phone, which was given to me through my official press ID. They took a whole bunch of paper, which had nothing but scribbled notes. I have a second personal phone and that’s how I found out they were arresting journalists who wrote about the protests. They didn’t hit me, but forced their way in with batons. I haven’t stepped out in weeks.”

Aferin believes her pro-regime colleagues are reporting those who express support for protesters to the authorities. “I don’t live at the address listed on my official records. How did they even find me? I am afraid we’re being watched closely by colleagues. I’ve been discouraged by my family from continuing to work. The coming days are crucial in deciding our fates.”

The latest figures from Iran Human Rights indicate that at least 201 people, including 23 children, have been killed in the protests. Although the government has announced it is investigating civilian deaths, human rights groups say the crackdown has only intensified. Iran International reported last week that the regime had arrested schoolchildren and sent them to “psychological centres” to prevent them from becoming “antisocial characters”.

Despite action by authorities, fresh demonstrations were held across the country on Wednesday. University students, teenagers and shopkeepers protested, and businesses were closed in support of the uprising.

There have been internet blackouts across Iran; restrictions on what Iranians can search for online; and interference in social media activity since the protests began. Journalists have been prevented from doing their jobs by their own editors as well as regime officials.

Other journalists, says Reza, are afraid to speak out. “I have no idea what’s happening at work,” he said. “I have been asked to coordinate with just one of my editors, and that’s all. Even if they’ve threatened others, I’ve not heard from any of them. They’re all scared for their lives.”

* Names have been changed to protect the individuals.

BOXPARK BRINGS THE CHILLS AND THRILLS THIS HALLOWEEN