I’m a Celebrity beloved star quits show after 20 years – get the details – HELLO!

September 26, 2022 – 14:12 BST Francesca Shillcock This star of ITV’s I’m a Celebrity… Get Me Out of Here! is waving goodbye to the show after twenty years. Get the details…

A beloved member of the I’m a Celebrity… Get Me Out of Here! team is leaving the show after twenty years working on the programme.

Bob, who worked as the resident medic on hand to intervene during emergencies on the reality show over the years, has decided to step down from his important role on the ITV show due to being “too busy”.

ITV confirmed the news in a statement which read: “Bob will always be a friend to the show. We wish him all the very best and thank him for his hard work.”

According to The Sun, Medic Bob has a number of other TV jobs and his schedule has subsequently become too full to return for the new series later this year. Meanwhile, despite the sad departure, fans will be overjoyed to learn that the reality TV series is returning Down Under for the 2022 series. 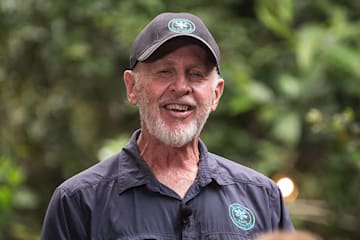 Medic Bob has decided to leave the show

Speaking earlier this year on Heart FM, Ant McPartlin, who hosts the show alongside Dec Donnelly, confirmed the presenting duo, the crew and the celebrities would be heading back to the Australian jungle. The return to Australia comes after two years of filming at Gwrych Castle in Wales due to ongoing travel restrictions as a result of the coronavirus pandemic.

“We’re going back to Australia, we don’t want to go elsewhere. It’s got to go back to it. Back to its spiritual home, back to where it all started. Everyone wants to see a bit of sunshine at that time of year on the telly,” Ant explained.

And it seems the I’m a Celebrity news is coming in thick and fast at the moment because just last week Ant and Dec also confirmed that an All Star version of the show would be taking place next year in South Africa.

In the clip shared on social media, Dec said: “We’ve got news for you. It’s probably the worst kept secret in television, but we can confirm we’re doing a very special series of I’m a Celebrity: Get Me Out of Here! in South Africa!” Ant then wound up his co-presenter by joking that “nobody” had told him about the upcoming special series.

How To Make Money Online for Beginners: 8 Best Ways for 2022

Deaths of 8 in Oklahoma home investigated as murder-suicide