by Ogaga Orogun
in Inspired Living
0

The Apple brand over the years has been known for its highly unique and creative product design as well as an attractive graphical user interface which is user-friendly and was designed by Apples’ creative professionals. This improvement in the overall look and performance of the Apple brand was largely credited to the input of Steve Jobs, whose innovative ideas was a strong guiding force in the manner he approached leadership, design, and marketing of the product.

Undoubtedly that Steve Jobs naturally had a creative brain which he developed through determine and the use of modern day research using the required equipment and technologies available at his disposal and it is evident that Jobs’ artistry and innovation on the Apple brand was due to the best practices that every sincere entrepreneur can adopt to enhance and boost their mind and enhance creative thinking. 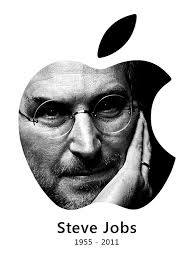 Constant improvement in creativity is especially important in today’s world where technology is dynamic and always outdoing previous models because of the stiff competition with other brands. It is no longer news that any company that fails to consciously innovate will quickly become obsolete with the blink of an eye.

Here are three specific ideology that Jobs used to enhance his creativity that revolutionizes the Apple brand that anyone can easily implement that would increase your problem-solving skills and open up your innovative thinking.

After Jobs dropped out of college, he decided to pursue classes and tutorials that he was passionate about, such as calligraphy. Then he did not have any foreseeable practical purpose at that time whilst he took those classes, in his famous Stanford commencement speech, he spoke about how those classes prepared him to come up with the Macintosh’s beautiful typography.

Jobs said, “Creativity is just connecting things. When you ask creative people how they did something, they feel a little guilty because they didn’t really do it, they just saw something. It seemed obvious to them after a while.”

Research does have an explanation to back up what Jobs intuitively understood. Scott Barry Kaufman a Psychologist says that the openness to new experiences is the strongest personality trait for predicting creative achievement. “Thinking outside the box” may more accurately be understood as “Drawing from different boxes.” It appears that a “jack of all trades” may, in fact, be a potential master of creativity, which really does explain why Jobs praised liberal arts and humanities.

The exposure of one’s mind to brand new experiences in most cases might be a personality trait which was established by early adulthood and anyone who cares can decide to explore and have new experiences. A note from Jobs says that the key is to not limit one’s criteria to that which is immediately feasible or practical but rather, the real aim should be to challenge yourself and give yourself the opportunity to explore or create new experiences that simply pique your interest.

It is a healthy practice to study other businesses that are unrelated or not connected to your own which means that you should occasionally really change your everyday routines to unlock new discoveries.

Another important thing to learn from Steve Jobs is the ability to stay focused in light of diverse pursuits. Job said, “Innovation is saying no to 1,000 things.” It is quite beneficial to juggle up a variety of interests up to a point but should be well balanced with the firm discipline to say “No” to what may ultimately become distractions from the main priority.

In the book Neurowisdom, neuroscience researchers Mark Waldman and Chris Manning showed the differences in brain activity between the “decision-making mind” and the “creative mind.” The experiment shows that when a person is focused on a task and working on completing a goal, it is the decision making mind that is working. The “Aha moments” comes when one actually takes a break from the task the creative mind is engaged automatically by allowing the mind to wander around more like day dreaming. According to Stanford research, walking can boost creative output by 60 percent.

Entrepreneurs can use walking, both alone and in groups, to boost their creative thinking. When stuck on a task with no apparent solution, a short walk can be the perfect catalyst to trigger an “aha” insight. If walking isn’t an option, an alternative way to engage the creative mind is taking a short break from being task focused to allow yourself time for relaxation and daydreaming.

When Job dropped out of Reed College, He went to India and stayed a few months where he learned and practiced Zen Buddhist meditation practices. Jobs was so overwhelmed with Zen that he did consider moving to Japan to further his practice.

One time, Jobs made this very striking statement his biographer Walter Isaacson, “If you just sit and observe, you will see how restless your mind is. If you try to calm it, it only makes things worse, but over time it does calm, and when it does, there’s room to hear more subtle things — that’s when your intuition starts to blossom and you start to see things more clearly and be in the present more.”

Jobs’ meditation practice enhanced him nurturing and to develop his creativity. Meditative practices, like the “open-monitoring training,” encourage divergent thinking, is a process that permits the generation of many new ideas, which forms the key part of any creative innovation.

The practice of meditation has got other advantages apart from the fact that it enhances creativity, but it is used to develop empathy. Remember that it was Jobs’ empathy for the customers that gave him an insight into producing and delivering what the client wanted and even in occasions where the customers weren’t able to describe exactly what they desired.

Entrepreneurs should practice mindfulness meditation which would help to really enhance and boost their personal creativity, increase emotional and customer intelligence relationship and reduce overall stress.

It I true that Jobs’ genius can’t be limited to only these three practices, Research proves that anyone can get greater inspiration when he truly understands how to put his creative mind to work. If you are an entrepreneur, please learn from Jobs creative intelligence to hire workers that pioneers fresh ideas, new perspective and creativity.

Apply these three unique practices, as simple as they seem, they would have a huge effect on your business or company because they will work in any field.

What you must know about white supremacist

Reasons why These Founders Now Train Their Employees to Quit

Reasons why These Founders Now Train Their Employees to Quit