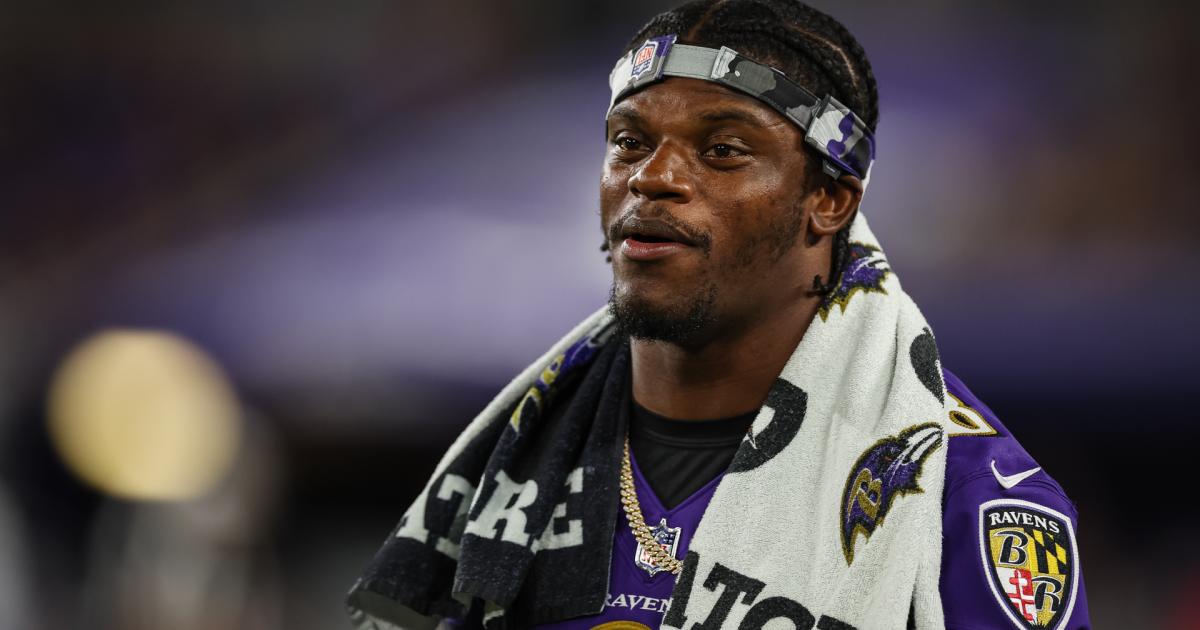 The Ravens are looking to make a strong playoff push to close the 2022 NFL season, but they may have to do so without Lamar Jackson.

Baltimore’s star quarterback is dealing with a knee injury that knocked him out of the Ravens’ Week 13 win over the Broncos. The Ravens had to use backup Tyler Huntley to finish that game, and they may have to rely on him as the regular season winds down, too.

The Ravens are in the thick of the AFC playoff race and are engaged in a battle with the Bengals for the AFC North crown. Having Jackson healthy and available would certainly help them in that quest, so Baltimore fans are going to be eagerly awaiting news about the extent of his injury.

Just how long is Jackson going to be sidelined? Here’s what to know about the length of his potential absence from the Ravens.

MORE: Ravens prevail over Broncos in Week 13 as both teams struggle on offense

How long is Lamar Jackson out?

Jackson is expected to be out “days to weeks” as a result of his injury, as Ravens coach John Harbaugh told reporters after the Ravens’ 10-9 win over the Broncos.

“It’s not a season-ending type of knee,” he said of Jackson’s injury. “We’ll get more tests tomorrow to let you know how long it’s gonna be. . . It’s gonna be a number. Day to weeks. We’ll see if he can go back this week. If not, it’ll be sometime after that shortly.”

That initial timeline was vague, but Harbaugh provided a more descriptive update on Monday. He said that Jackson would be “week to week” because of his injury and that he was “less likely” to play in Week 14.

So, it looks like Jackson will miss at least one game. Still, Ravens fans will take comfort in knowing that their quarterback should have a chance to return this season, barring a setback.

MORE: Why Lamar Jackson has yet to sign a long-term contract with the Ravens

What is Lamar Jackson’s injury?

Jackson’s injury is believed to be a knee sprain, per NFL Network’s Ian Rapoport. The quarterback is having an MRI on Monday, Dec. 5 to determine the exact severity of the injury and to see which ligaments might be affected.

QB injury updates on @GMFB:
— #49ers QB Jimmy Garoppolo is out for the season and headed for foot surgery.
— #Dolphins QB Tua Tagovailoa should be ok with his ankle injury.
— #Ravens QB Lamar Jackson is fear to have suffered a knee sprain that could cause him to miss time. pic.twitter.com/dMsxP8bh5L

Rapoport described the injury as a “wait and see” scenario. So, once the Ravens know more about the extent of Jackson’s injury, they will be able to provide a clearer timetable for their top passer to return.

Jackson first suffered a knee injury during the Ravens’ 10-9 victory over the Broncos in Week 13. It appeared to occur after he was sacked by Denver pass rusher Jonathon Cooper on the final play of the fourth quarter.

Jackson exited the field as a result of the injury and received medical treatment on the sideline before heading back to the locker room. Tyler Huntley replaced him beginning with the first play of the second quarter.

While Jackson was originally deemed questionable to return because of the injury, he was ruled out for the game at halftime.

Jackson had appeared on the injury report in each of the three weeks leading up to Week 13 with a variety of maladies. In Week 11, he dealt with an illness; he had a hip issue in Week 12; and in Week 13, he missed a practice session early in the week with a quad problem.

Now, the beat-up Ravens starter can add a knee ailment to that list.

Dec. 5: John Harbaugh says that Jackson is “week to week” and says that the quarterback playing in Week 14 would be “less likely.”

Dec. 5: Rapoport reports that the Ravens believe Jackson’s knee sprain is “mild” and that the team is hopeful that he will only have to miss one game. The Ravens are, however, awaiting the result of Jackson’s MRI.

Dec. 5: The Ravens sign veteran quarterback Brett Hundley, presumably to back up Tyler Huntley in the event that Jackson misses time.

Dec. 5: NFL Network’s Ian Rapoport reports that Jackson has a knee sprain and that the team is in “wait and see” mode regarding his status. He also reports that the quarterback is having an MRI Monday to reveal the extent of the damage.

Dec. 4: Coach John Harbaugh announces that Jackson’s injury is not expected to be season-ending. Instead, he says that Jackson will be out “days to weeks,” and wouldn’t rule him out of the team’s upcoming Week 14 game against the Steelers.

Dec. 4: Jackson suffers a knee injury in the Ravens’ Week 13 game against the Broncos. He is initially ruled questionable to return to the contest, but he is declared out at halftime.

How Gen Z Is Changing Nostalgia