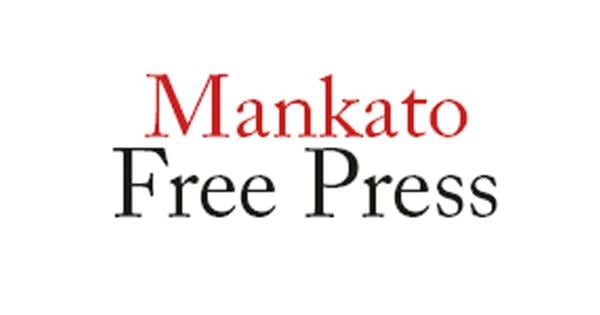 ATHENS, Ga. (AP) — Georgia added another title to its growing collection, yet didn’t see a whole lot of reason to celebrate. The Bulldogs, you see, are chasing a much loftier goal. Perfection. No. 1 Georgia locked up another trip to the Southeastern Conference championship game as the Eastern Division winner. But everyone quickly moved on. The Bulldogs have much bigger goals, including their first SEC title since 2017, a return to the College Football Playoff, and a second straight national title. And let’s not forget one other goal that would really make this team stand out: a perfect season.

KNOXVILLE, Tenn. (AP) — Mackenzie Holmes and Grace Berger had double-doubles, five Indiana players scored in double figures, and the No. 12 Hoosiers defeated No. 11 Tennessee 79-67. Holmes had 16 points and 10 rebounds, and Berger added 13 points, 10 rebounds and six assists for the Hoosiers. Tennessee-native Chloe Moore-McNeil had 15 points, five assists and three steals; Sydney Parrish had 12 points, five assists and four rebounds off the bench; and Sara Scalia scored 16. Trailing 57-49 entering the fourth quarter, the Lady Vols continued chipping away at an Indiana lead that had been 13 points and got within 61-57. The Hoosiers responded with a closing 18-10 run that sealed the victory.

UNDATED (AP) — South Carolina remains the unanimous choice at No. 1 in The Associated Press women’s basketball poll. The Gamecocks will face second-ranked Stanford on Sunday in the 63rd meeting between the top two teams in the poll. Texas, Iowa and UConn round out the first five. Ohio State moved up six spots to eighth after beating then-No. 5 Tennessee last week. The Lady Vols fell to 11th. Villanova and Utah entered the rankings at No. 24 and 25, replacing Princeton and South Dakota State.

ATHENS, Ga. (AP) — Terry Roberts scored 20 points, Kyeron Lindsay had a double-double and Georgia held off Miami of Ohio for a 77-70 win. Mekhi Lairy’s jumper capped a 9-2 Redhawks run and brought Miami within 73-70 with 26 seconds left. But Georgia’s Justin Hill made 2 of 4 foul shots, Roberts sank two and Miami missed a basket and turned it over on its final possession to end it. Lairy scored a career-high 34 points.

UNDATED (AP) — North Carolina and Gonzaga are 1-2 in the first regular-season men’s college basketball poll from The Associated Press. Third-ranked Houston and fourth-ranked Kentucky picked up the remaining first-place votes in Top 25 with only slight changes from the preseason rankings. Baylor, Kansas, Duke, UCLA, Arkansas and Creighton round out the top 10. Tennessee fell 11 spots while Villanova fell out for the first time since February 2019. No. 24 Texas A&M and No. 25 Connecticut are the new additions.

UNDATED (AP) — The Pac-12 is better than it has been in recent years, but it also is still eating its own and undercutting its best teams’ chances to earn a College Football Playoff berth. The conference hasn’t had a team selected to the CFP since 2016. The Pac-12’s consolation prize for its exciting games and parity, which included two top-10 teams losing at home, is more teams ranked in the AP Top 25 this week than any other league with six. The last time the Pac-12 was the conference with the most ranked teams was Sept. 5, 1995. Reality Check is wondering how to rank these Pac-12 teams.

UNDATED (AP) — No. 1 Georgia leads an unchanged top five in The Associated Press college football poll. The rest of the Top 25 has been shuffled around after eight ranked teams lost. The Bulldogs received all but one of the 63 first-place votes in the AP Top 25 for the second straight week. No. 2 Ohio State received the other first-place vote. No. 3 Michigan, No. 4 TCU and No. 5 Tennessee held their spots after victories Saturday, with only the Horned Frogs facing a real challenge. Oregon losing at home to Washington and UCLA losing at home to Arizona has shaken up the rest of the top 10.

ATLANTA (AP) — Former Georgia baseball coach Steve Webber has died at the age of 74. Webber guided the Georgia Bulldogs to the 1990 national championship and remains the winningest coach in school history. The university says he died Saturday at his Atlanta home after a lengthy illness. Webber spent 16 years as Georgia’s head coach. His tenure was highlighted by College World Series appearances in 1987 and 1990. In their second trip, the Bulldogs became the first SEC team to win the title. Webber resigned after the 1996 season and spent the rest of his coaching career in professional baseball.

Seiko Reissued The Watch From “Predator” and “Commando”