West Ham have agreed personal terms with Sassuolo striker Gianluca Scamacca, after a £35.5m bid was accepted by the Italian club.

The 23-year-old is expected to fly into London on Monday ahead of a medical on Tuesday, after West Ham and the player struck an agreement on a five-year contract, plus the option of a further year.

The Hammers have agreed to pay an initial £30.5m with £5m in add-ons to Sassuolo for the frontman who scored 16 goals in 36 Serie A appearances last season for the Italian side. The deal includes a 10 per cent sell-on clause for Sassuolo.

Scamacca is set to become West Ham’s fourth signing of the summer, following the arrivals of defender Nayef Aguerd, who joined from Rennes for £30m, goalkeeper Alphonse Areola for £7.75m from Paris Saint-Germain after his successful loan stint last season, and midfielder Flynn Downes from Swansea City for an undisclosed fee.

West Ham were also interested in signing Chelsea forward Armando Broja, but while signing both Broja and Scamacca has not been ruled out, it’s increasingly likely to be one or the other.

The Irons also want to further strengthen in central midfield having made a bid for Lille’s Amadou Onana while they are keeping an eye on Piotr Zielinski’s situation at Napoli.

West Ham boss David Moyes is looking to improve his squad ahead of a season that will see West Ham combine Premier League improvement with a first Europa Conference League campaign. “We’re needing to bring in more players to give us that opportunity to compete,” he told Sky Sports.

Once the Scamacca deal is done, West Ham will work on a deal to sign Filip Kostic from Eintracht Frankfurt.

The Hammers have made a £12.75m bid to sign the left-sided player, who has entered the final year of his contract at the Bundesliga side and believes his next deal is likely to be the last big one of his career.

The Hammers have offered an initial £10m with £2.75m in add-ons for the 29-year-old, who can play as a left winger or as a left wing-back.

The Serbian international likes West Ham and has a lot of respect for the club but remains undecided on whether he will join, given he has the guarantee of Champions League football with Frankfurt next season.

Left-back has been a priority position this summer for Moyes and the club have moved for Kostic, who helped Frankfurt win the Europa League last season.

Moyes had a close look at Kostic last season as Frankfurt beat the Hammers in the Europa League semi-finals.

Kostic impressed in the competition as he won UEFA Europa League Player of the Season and had the most assists in last season’s tournament with six.

West Ham have announced that summer signing Nayef Aguerd underwent “successful” surgery on the ankle injury he picked up during their pre-season friendly defeat against Rangers. 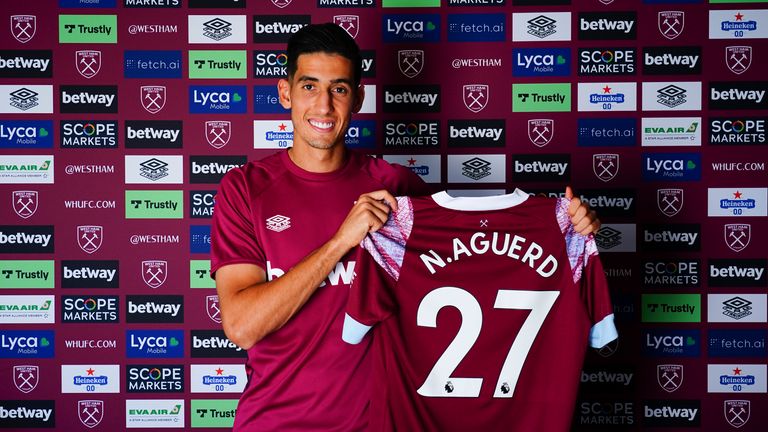 Aguerd, making just his second appearance since his move from Ligue 1 side Rennes in a deal worth around £30m, was substituted midway through the first half of West Ham’s 3-1 loss on July 19 at Ibrox after stretching for a challenge.

The 26-year-old, who signed a five-year contract at the London Stadium, will now continue his rehabilitation at Rush Green with the Club’s medical team. 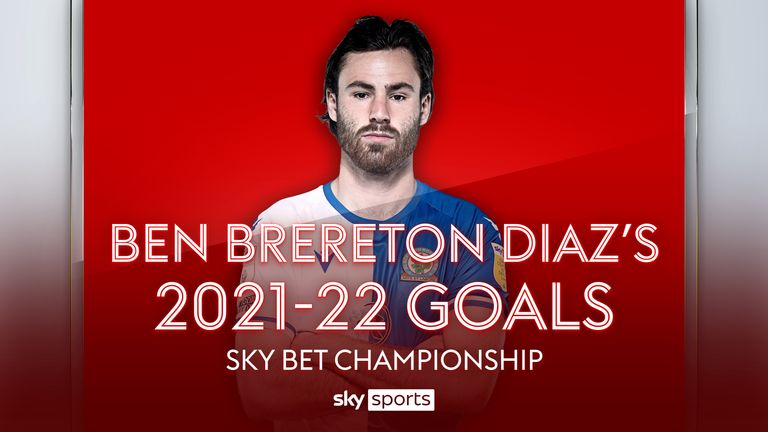 With a lot of transfer speculation around Blackburn Rovers’ Ben Brereton Diaz, we look at the Chilean’s 20 goals from the Sky Bet Championship so far this season.

Sky Sports News also understands Blackburn Rovers forward Ben Brereton Diaz is one of a number of players West Ham are looking at this summer.

The Chile international has entered the final year of his contract at Ewood Park, with the Championship side thought to want around £15m for the 23-year-old.

Scamacca could be next Zlatan

Gianluca Scamacca has been in demand and it is easy to see why. He is a 6’5″ Italy international striker who scored 16 times in Serie A last season, a man capable of all sorts of goals. The only surprise is the route that he has taken to the top.

At 23, Scamacca is both early phenomenon and late bloomer. Identified at 15 as one of the brightest talents in Europe, twice he travelled to the Netherlands as a teenager in search of opportunity. But he was still out on loan at Ascoli in Serie B at the age of 21.

Now, after shining for Sassuolo, he is not only seen as the striker around whom Italy should build their attack, but also a man who might just be the heir to Zlatan Ibrahimovic. The big man with the dancing feet.

Bearish bets are building in the stock market – Axios