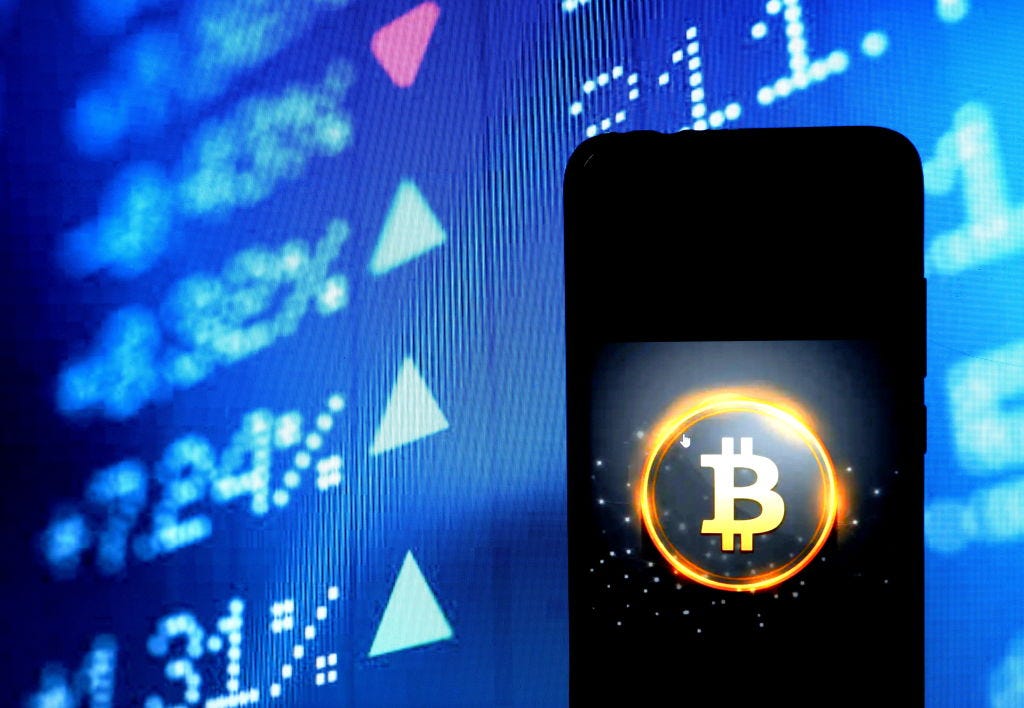 Ryan Selkis, the founder and CEO at Messari, claimed the top influencer spot on blockchain topics in the first quarter of 2020, according to analytics firm GlobalData.

The firm analyzed its Blockchain Influencer Network Platform, which follows more than 200 experts in the field and their discussions on Twitter.

These influencers were ranked based on GlobalData’s assigned scores that measure metrics such as follower count, number of tweets with topical keywords, number of engagements their content receives, and their connections network.

GlobalData found that “bitcoin” was the most discussed trend among influencers in the first quarter of the year, ahead of “cryptocurrency” and “fintech.”

The conversations largely grew out of news that India’s supreme court lifted a ban on cryptocurrency trading and legalized crypto exchanges in the country.

Apart from the influencer space, companies were found to be discussing “coinbase” the most, followed by “Blockstream” and “Microsoft.”

GlobalData found that conversations on Coinbase emerged from news that the coinbase card is now compatible with Google Play, making it the first company to enable crypto mobile payments. 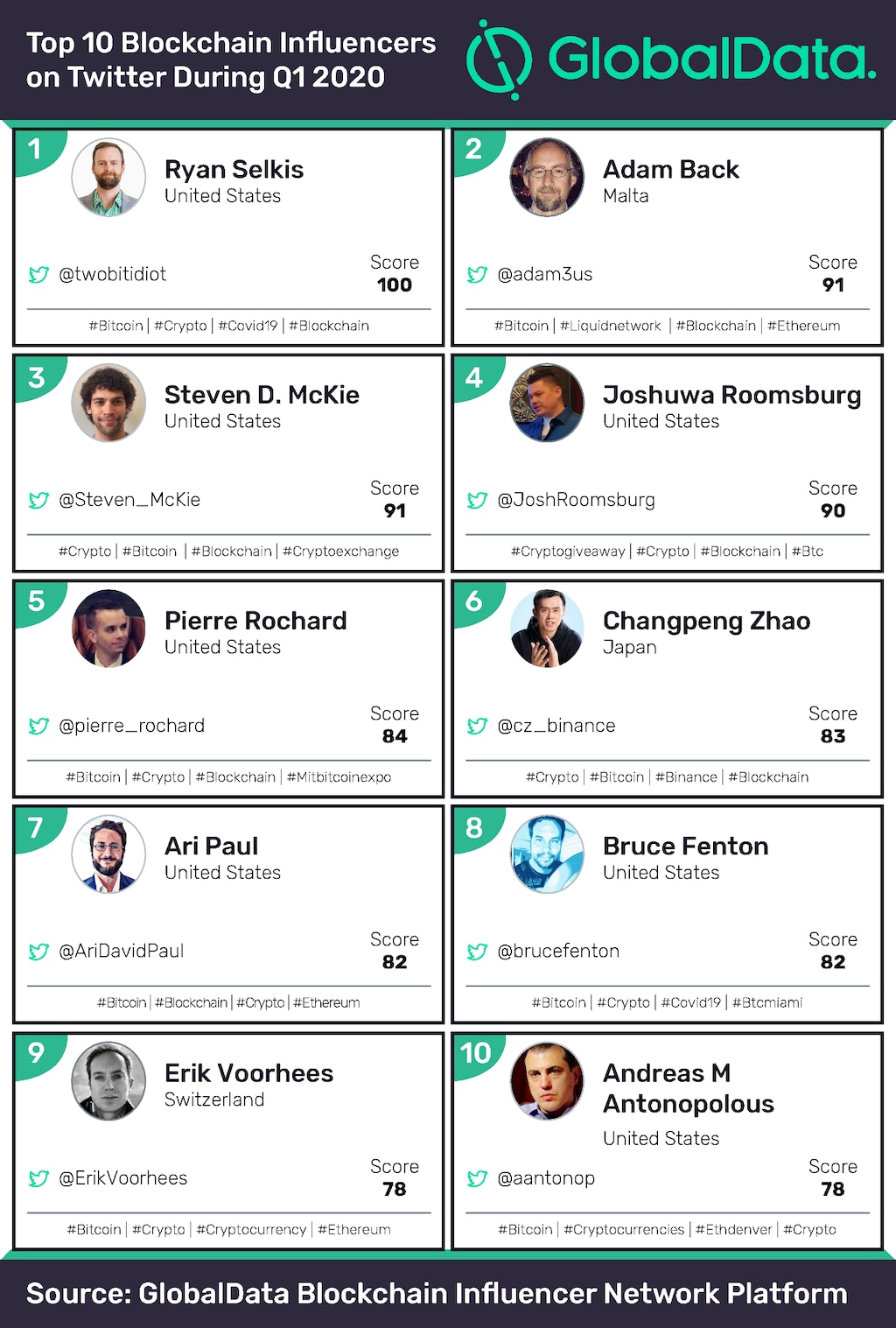 Ryan Selkis is the founder of cryptoasset data provider Messari. He has helped establish teams at Digital Currency Group and Coindesk, and has been investing in and writing about crypto since 2013.

Adam Back is the chief executive at blockchain-tech firm Blockstream. He was cited in Satoshi Nakamoto’s 2008 bitcoin whitepaper and highlighted in a Financial Times’ report as a potential Satoshi candidate.

Pierre Rochard has been a bitcoin investor and researcher since 2013. He is one of two co-founders of the Satoshi Nakamoto Institute established in November 2013. The institute aims to share the best past, present, and future ideas in cryptography.

Changpeng Zhao, who goes by CZ, is the chief executive of Binance, a crypto-exchange platform that ended up becoming the largest in under 180 days. Previously, he was part of the team that developed Blockchain.info.

Ari Paul is the co-founder and chief investment officer at blockchain-investment firm BlockTower Capital. He is a well-known investor in cryptocurrencies and authors a blog called The Cryptocurrency Investor.

Bruce Fenton is the chief investment officer at wealth management firm Atlantic Financial and a board member at The Bitcoin Foundation. He calls himself an “active crypto builder and investor.”

Erik Voorhees is the founder of a Bitcoin and altcoin exchange creator ShapeShift.io, and also advocates for the use of smart contracts.

Andreas M. Antonopoulos is a Bitcoin and open blockchain advocate, speaker, and author of books “Mastering Bitcoin,” “The Internet of Money,” and “Mastering Ethereum.”