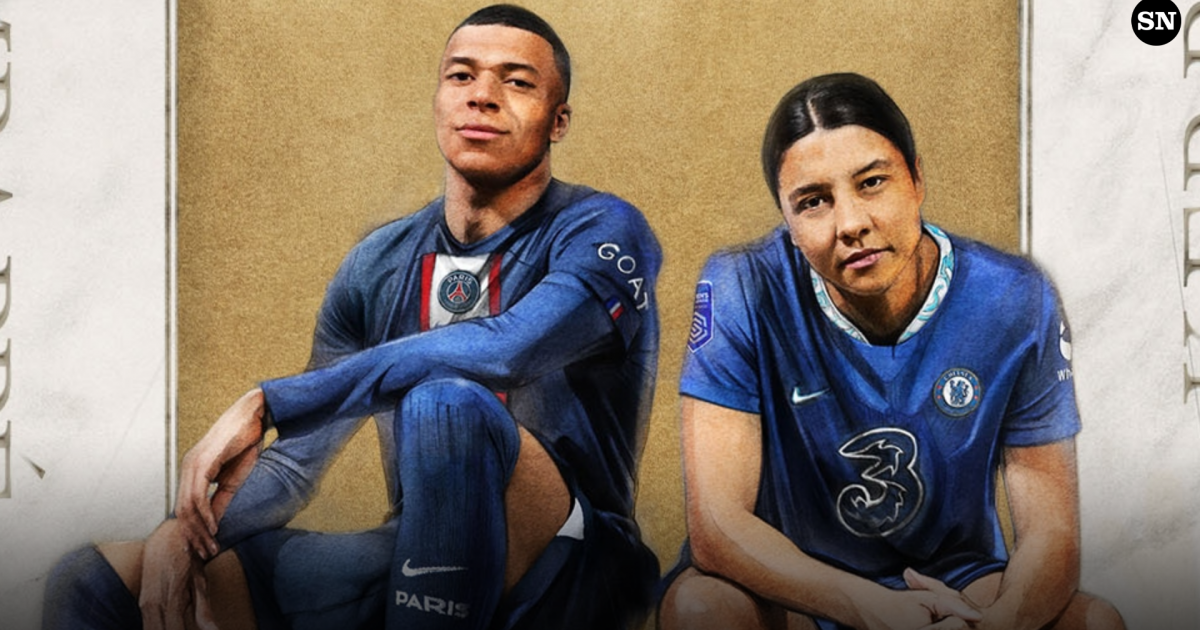 The final installment of the partnership between EA Sports and FIFA is set to be released this fall as Kylian Mbappe and Sam Kerr headline FIFA 23.

EA Sports has promised a lot in FIFA 23, looking to end the FIFA video game era with a bang.

There are a host of new features, technologies, and enhancements for the FIFA 23 game, including the introduction of women’s football. And Kerr is the first woman to feature on the cover of a FIFA video game.

The Sporting News brings you all the latest on the video game’s release date and other news as the anticipation builds for the new edition.

MORE: Why are EA Sports and FIFA ending their partnership?

FIFA 23 release date: When is the game come out?

According to the EA Sports announcement on July 20, FIFA 23 will be released on Friday, September 30, 2022, with the Ultimate Edition pre-release available three days earlier on Tuesday, September 27.

This is consistent with previous release dates. FIFA 22 was released on October 1, 2021, the Friday of the final week in September. While this year’s release also comes in the final week of September, it falls on a Tuesday.

Tuesdays have long been a big day for video game releases, dating back to when shipments would go out that day and arrive in time for the weekend. However, in recent years, more video games are being released on Friday given there are fewer pre-release logistical issues to work around.

FIFA 23 price: How much will the game cost?

The prices for the game based on the console and edition are listed below with costs listed for USA, Australia and UK.

EA Play subscribers can get 10 percent off these prices if they pre-order.

What new features are available in FIFA 23?

There are a number of new elements to FIFA 23.

EA Sports is also promoting the use of HyperMotion 2 technology, which the video game company claims will bring “more realism every time you step onto the pitch” with 6,000 unique animations to replicate realistic player movement throughout a match. That surpasses the over 4,000 new animations introduced with FIFA 22.

FIFA 23 will feature a World Cup mode to coincide with the 2022 FIFA World Cup in Qatar coming in November. This will include both a men’s and women’s tournament.

Finally, EA Sports has developed FIFA 23 to support cross-platform play between consoles. However, this will only apply to consoles of the same generation, meaning PlayStation 4 users can only play against those on XBox One, while those on PlayStation 5 can play against opponents on XBox Series S/X.

PC players will be pooled in the next-gen consoles with PS5 and XBox Series, while the Nintendo Switch version does not support cross-platform play.

FIFA 23 will be available on all next-generation consoles — XBox Series X/S and PlayStation 5 as well as PC and Nintendo Switch. The Switch version will be limited to a Legacy Edition version.

The game will also be available for previous generation consoles — XBox One and PlayStation 4.

Finally, it will be available for play on Google Stadia.

As with previous versions, FIFA 23 will boast three different editions that fans can purchase: the Standard Edition, the Ultimate Edition, and the Legacy Edition.

The Ultimate Edition will cost $99.99 (£89.99), but allows the user to access the game three days earlier on the pre-release date. It also comes with the following:

The Legacy Edition will cost $39.99 (£34.99) and is a call-back to previous versions, featuring updated rosters, but “without any new development or significant enhancements,” EA Sports confirmed. This is mainly for the Nintendo Switch, which only comes in Legacy Edition. It will not come with the new HyperMotion 2 technological enhancements or any of the new gameplay modes. Essentially, this is FIFA 22 with a few minor upgrades.

Who is the main commentator voice of FIFA 23?

While there are multiple voices for commentary in the English version of FIFA 23, the main commentator for the game is Derek Rae, who works for ESPN as a play-by-play voice on world soccer, mainly focusing on Bundesliga coverage.

Derek Rae’s broadcast partner is Stuart Robson, who works as a pundit for ESPN, TalkSport, and BT Sport.

Also featured is Alex Scott, a former England women’s international player who now works for BBC Sports and Sky Sports as a commentator and reporter.

What is EA Sports FC?

The upcoming installment of FIFA 23 will be the last under the partnership between EA Sports and world governing body FIFA.

After the coming release, all future games will cease using the FIFA name or branding, and the World Cup will also cease being a part of the game as an official FIFA event. Instead, the franchise will be rebranded as EA Sports FC.

MORE: A comprehensive breakdown on EA Sports FC and the future of the FIFA video game

After months of negotiations regarding an extension of their current partnership, the two sides were unable to come to an agreement on future terms. While the current contract expires after the 2022 World Cup in December, EA Sports and FIFA agreed to extend the current deal through the FIFA Women’s World Cup in July and August 2023.

Following the expiration of the deal, the game will become EA Sports FC. While the name will be different and the aesthetics of the game could change, there is little about the game’s structure or gameplay that will fundamentally change after the separation.

“EA SPORTS FC will allow us to realize this future and much more…but not before we deliver our most expansive game ever with our current naming rights partner, FIFA, for one more year,” said EA Sports in the company’s official statement. “We are committed to ensuring the next FIFA is our best ever, with more features, game modes, World Cup content, clubs, leagues, competitions, and players than any FIFA title before.”

The Morakniv Kansbol With Survival Kit (S) Is Perfect For Bushcraft