Fathoming the fashion teen influencers on Instagram and TikTok

The evolution of style for teens is forever changing and understanding why they dress the way they do can be really challenging. And annoying if they’re wearing crop tops.

There are so many new names you have to learn as models you once recognised (Cindy Crawford, Kate Moss and Naomi Campbell) have been replaced by Gigi and Bella Hadid, Kendall Jenner and Hailey Bieber. 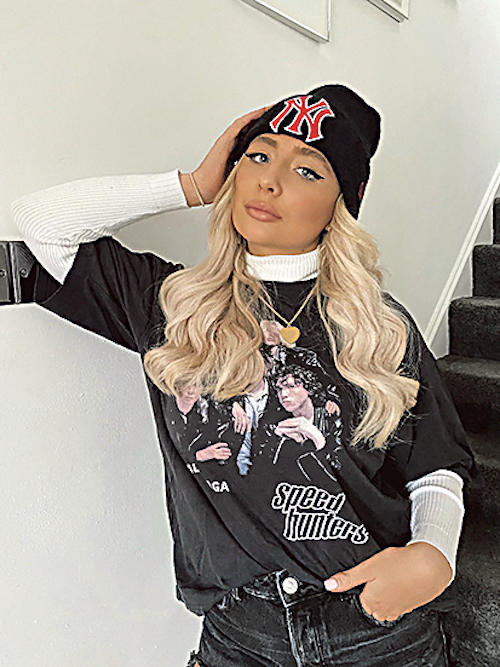 So if your teens are currently wearing Argyll prints, tennis skirts tie dye or anything you wore years ago, I’m here to help you identify the influencers and brands you need to know in order to prove you are still in touch with the times.

Be sure to drop the name Saffron Barker @saffronbarker, as the 20-year-old YouTuber and influencer has inspired loads of girls to get into fashion and her edit for www.inthestyle.com over the summer lead to many items (tie-dye sweat shirts) selling out.

Brittany Xavier @Brittanyxavier, a 33 year-old American mum has a massive f 3.1 million Tik Tok followers and though her outfit choices are a bit on the pricier side, she can still teach you a thing or two as she styles really cool statement looks alongside her 13 year old daughter Jayden @Jaydenxavier. 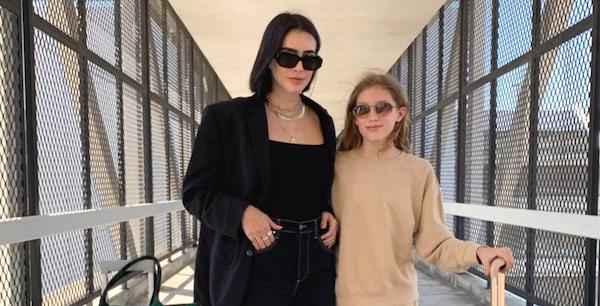 But Zilber,who is also a political activist and has 5.1 million followers has a lot of style herself, particularly with jeans and tops. Now, you need to know where your teens go to shop for all the clothing. 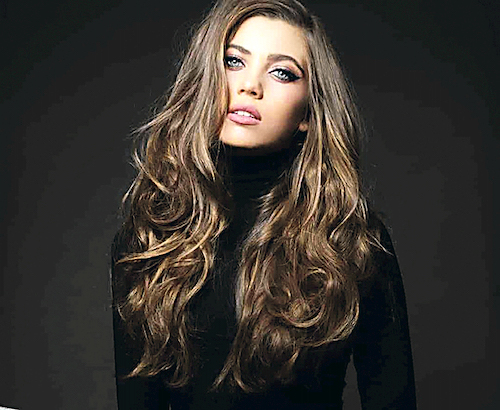 Last but definitely not least is Jaded London. Well known on instagram @jadedldn the brand was started by brother and sister duo Jade and Grant Goulden from north west London and I was fortunate to talk to Jade about all things Jaded.

The brand was launched back in 2013 when I was just seven and Jade was a buyer for Asos,while her brother Grant was at university. As their parents were in clothing – “We had history” Jade, who was uninspired by her largely admin job decided to try her hand at developing her own range with her sibling as partner. 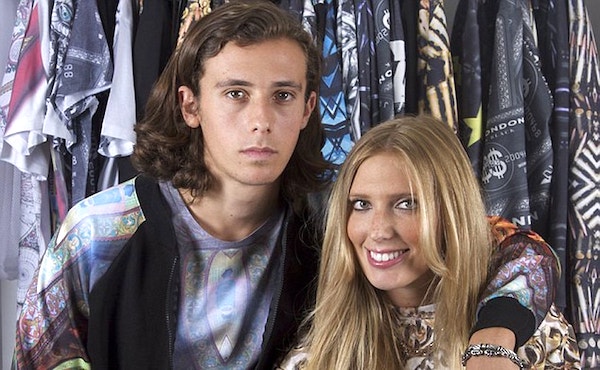 “We took our first idea for modern streetwear to some of the UK’s biggest high street moguls,” said Jade naming Topshop, Urban Outfitters, Selfridges and River island. “And they all loved it,” she says, which is understandable as I do too. 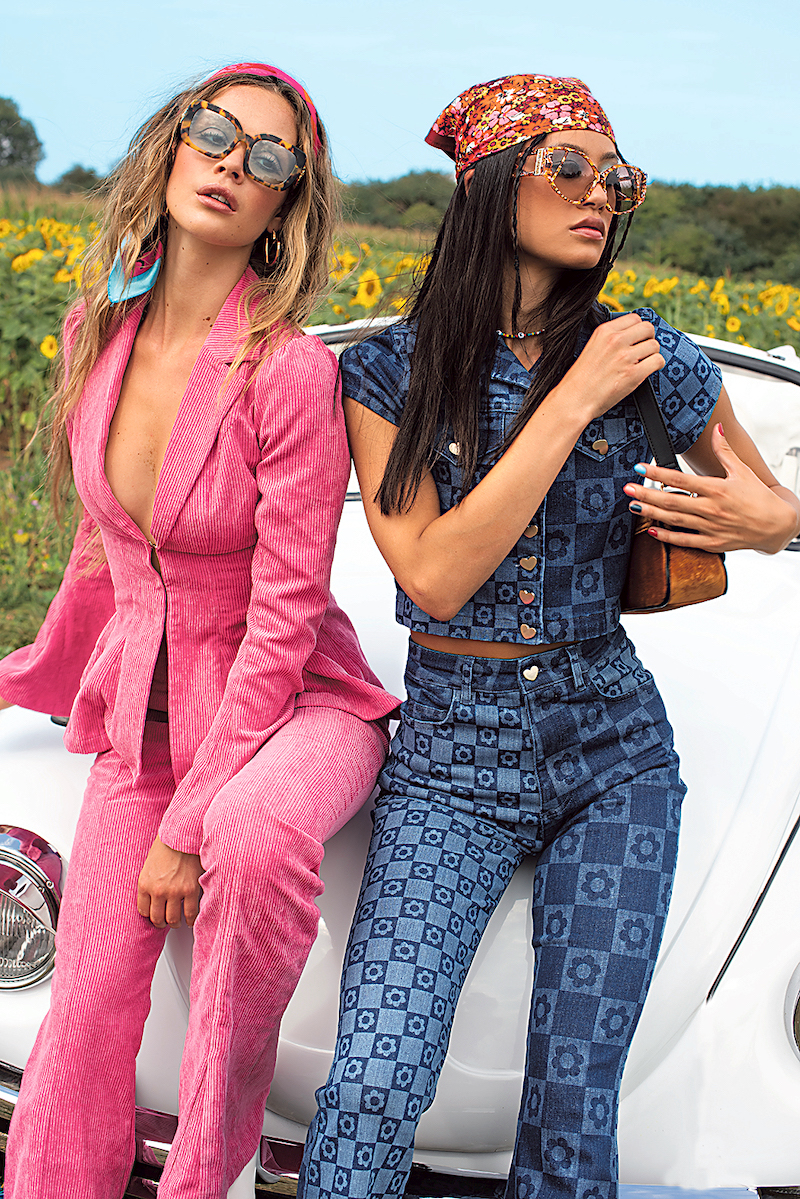 Jaded’s first collection was sweatshirts and joggers made from scuba material, but more importantly Jade wanted to head a street-wear brand with a high street price point.

“When we started, we had two months to get an entire collection ready which normally takes six to nine months to create stock for a mass collection release,” says Jade who had the challenge of meeting the 29th November 2013 deadline.

That was seven years ago, but Jade remembers the “blood, sweat and tears” of travelling to Leicester and managing the production by herself, but as the CEO of Instagram’s biggest brand, she knows it was worth it.

Jaded’s popularity with celebrities and social media stars has certainly helped and she counts Paris Hilton, Little Mix and even Beyonce as fans. Jade knows how lucky she and her bro were to have so much support and knowledge from their parents John and Karen.

In 2020, Jaded resurrected the 90’s trend of patchwork originally started by Marc Jacobs and their signature patchwork jeans have been the best seller with 30,000 pairs sold this year in spite of lockdown. Jade gets her inspiration from the 90’s television celebs she watched when she was a teen, but Sister Sister now on Netflix is a new interest. The show is on my list and Mum! so are those Jaded patchwork jeans (www.jadedldn.com) 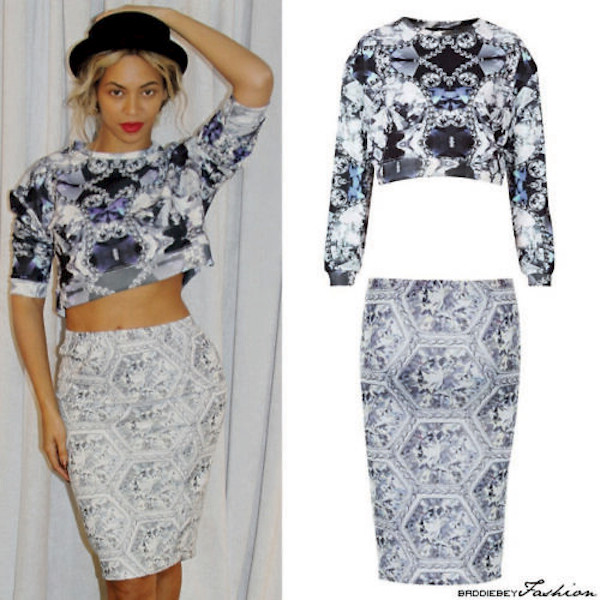 Scouts group has a special visit from police, SES and QFES – The Cairns Post

White House chief of staff Mark Meadows: ‘We are not going to control the pandemic’

Scouts group has a special visit from police, SES and QFES – The Cairns Post

Crypto country: Here’s how a crypto ban could hurt India in several ways