Get the latest Classic Rock news, features, updates and giveaways straight to your inbox
Learn more

At the end of last year, the band’s lead singer Max Collins transformed Eve 6’s account into one of Twitter’s most hilarious accounts. It all started when he started asking famous people whether they “like the heart in a blender song”, referring to the beautiful line from their best-known song ‘Inside Out’.

From there, it’s been unceasing nonsense and hilarity. Each day has brought a new opinion, an unexpected joke. Check out some highlights below.

you ever have a post idea thats so bad that it terrifies you that you almost tweeted it pic.twitter.com/jKZMwzQpp0

Now, as per Loudwire, the band are returning to their old hustle of making music, and maybe all the Twitter tomfoolery was just a well-done marketing move and nothing is actually pure in this world.

Eve 6 have dropped a video for ‘black nova’, the first single to be taken from their upcoming new EP grim value. They announced it in typical sardonic fashion with the simple statement, “Hi, our band’s called Eve 6. We’re back which is confirmation we’re living in the end times.”

It’s the type of catchy alternative rock that Eve 6 traded in during the late 90’s and early 00’s. It might be a tad outdated now but the nostalgia factor’s definitely there. Lines include “wayward jehova” and “ask for a Corona in the ambulance” so at least it’s silly and fun and it’ll stick in your head afterwards.

Eve 6’s heyday was from 1998 until 2003, when they released three albums that all reached the top 40 of the U.S. Billboard 200. Their last album was 2012’s Speak in Code, which reached number 40. The current lineup includes OG members Collins and Jon Siebels alongside new drummer Ben Hilzinger who joined them in 2018.

The full EP is expected to arrive on June 25th via Velocity Records and if you’re interested, it can be pre-ordered here. 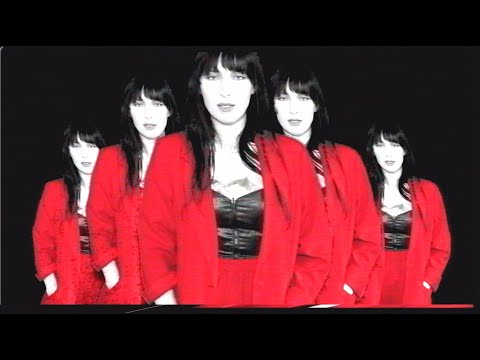 Daft Punk’s Discovery at 20: collaborators on crafting the iconic robot look and revolution

DRONE TO FLY OVER US OPEN GOLF TOURNAMENT