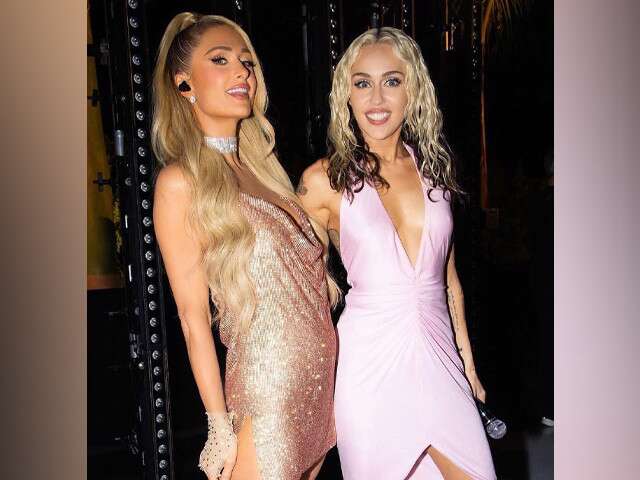 Among all the fashion trends that headlined 2022, the biggest one was the resurgence of the early aughts. Y2K-inspired outfits stormed the runways and clothes that had an inherent vintage appeal. Clothes that looked like they had been fished out from the wardrobes of those who wore them at least three decades earlier (Miu Miu, Prada, Balenciaga and The Row) or had been upcycled became the focus of many collections, too. But if you thought this trend is ending alongside 2022, chances are, you could be wrong. Pictures of Miley Cyrus and Paris Hilton from the latter’s New Years Eve Party have emerged that are hinting otherwise. 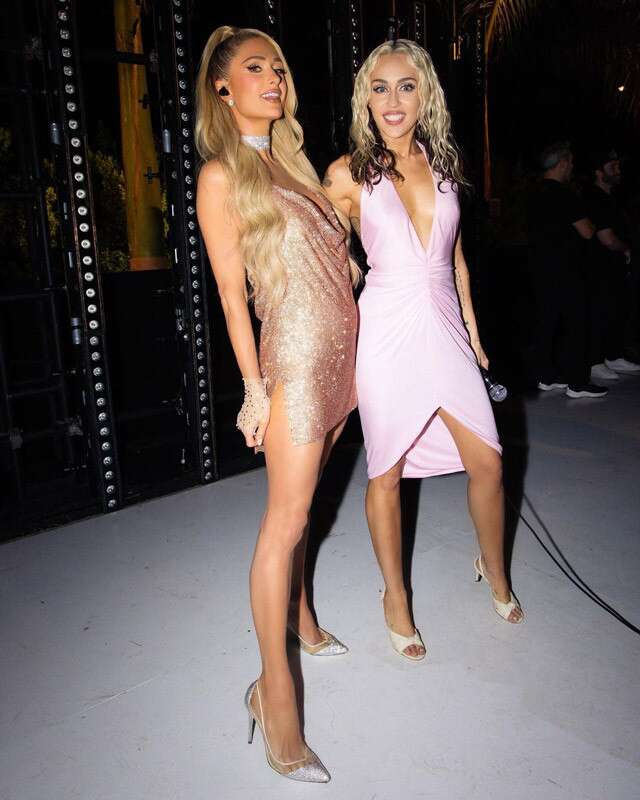 Paris Hilton made a surprise act singing her single, Stars Are Blind (2006) alongside Sia and Miley Cyrus. But the biggest takeaway for us fashion-watchers was the cumulative wardrobes that was a telltale sign of the aughts-inspired fashion continuing to stay.

Paris Hilton wore a chainmail dress that was brought to the fore in the late ’90s when Gianni Versace sent a group of supermodels sauntering down the runway in shiny chain mesh dresses. An homage to this moment came in 2018 in the house’s Spring collection when the same supermodels replicated the iconic moment in silver chainmail numbers. Paris Hilton also closed the Spring/Summer 2023 Versace show in a pink chainmail dress injected with another one of the Y2K signature trend – the cowl neckline. For this event, she chose a mini dress designed by American designer Laurel DeWitt and finished the look with matching crystal mesh gloves and a diamond choker, both by designer Ryan Demere. 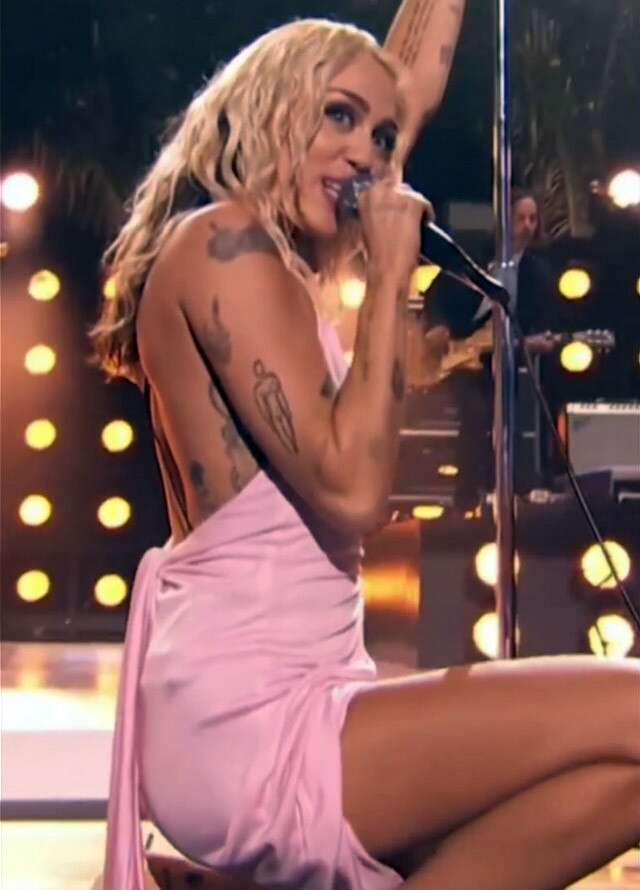 Miley, too, looked towards the early Y2K for her own wardrobe. The pink mini dress, in fact, is vintage Versace from the brand’s 2005 RTW collection, loaned from a vintage shop. The dress has an open back, a halter neck and plunging necklines all rolled up into one.

With titular looks coming from two of pop culture’s favourite people within a day of the new year, we’re excited to see what lies in store.