Disgusting! Times when Bollywood celebs had to undergo some weird photoshoots in the 90’s

From Akshay Kumar to Karisma Kapoor, these crazy photoshoots of Bollywood celebs from the 90s will surely make you go ewww 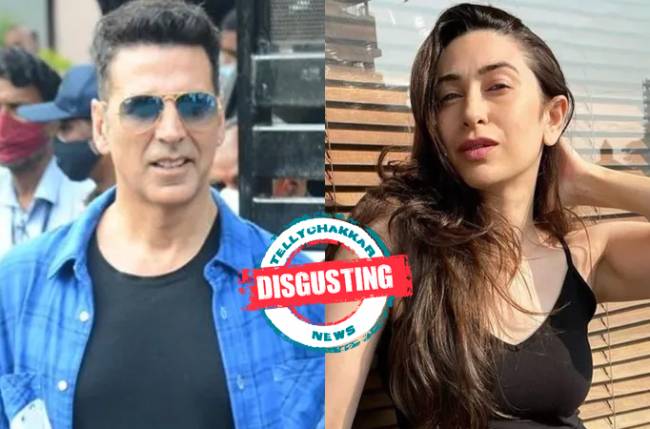 MUMBAI: Bollywood in its 90s was quite experimental when it came to setting a new fashion trend. While most of the time they got it right and made moviegoers follow the trend, there were a few times when they seriously got it wrong.

Nude shoots were not only common for actresses in the film industry but were very usual for men too. Jackie Shroff had to undergo a nude shoot. The Ram Lakhan actor shedded his inhibitions and got undressed in one of his photoshoots.

One might be really confused to know what exactly are Madhuri Dixit and Mithun Chakraborty trying to do wearing helmets on their heads.

Sergio Hudson’s Collection Was Inspired By These Classic TV Characters