The rush to profit from crypto assets has swept along two more big names in traditional financial markets, indicating that efforts from regulators to bring the nascent industry under tighter supervision has done little to damp large investors’ interest.

The price of bitcoin and other cryptocurrencies has fallen sharply in recent weeks after China launched the latest round of crackdowns on private digital coins in May. Since then, both the global banking regulator and the association of the world’s central banks have issued stinging reports dismissing crypto assets as risky and without much use.

In late June, the UK’s financial regulator banned Binance, one of the largest crypto trading platforms, from offering regulated products in the country.

At the same time authorities have also drawn up standards that would give banks greater clarity on the impact of buying and holding assets such as ethereum and bitcoin, recommending the most stringent capital requirements be held against the volatile assets. Those moves have fuelled rather than damped the appetite of large and established companies to enter a market that is still largely unregulated.

Initially Crypto Finance will allow Deutsche Börse’s clients to access and trade cryptocurrency markets, but there are plans to potentially launch a trading platform for these assets as well, Hilgers said.

“Digital assets will transform the financial industry. There is increasing demand from established financial institutions who are looking to become active in this new asset class and want a trusted partner,” said Thomas Book, executive board member for trading and clearing at Deutsche Börse.

The move comes only a day after Germany’s financial watchdog issued its first licence to trade and custody crypto assets to US crypto exchange Coinbase. 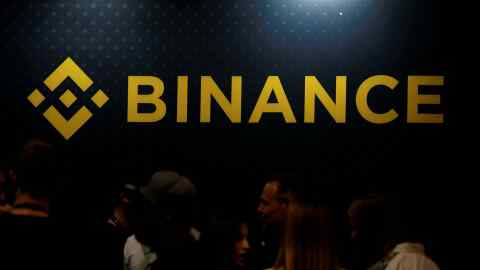 London-based broker TP ICAP has also jumped into the crypto space with plans to set up a wholesale cryptocurrency trading platform together with Dutch high-frequency trader Flow Traders and two digital asset custodians, Fidelity Digital Assets and Zodia Custody. The company has applied for registration with the UK’s Financial Conduct Authority.

TP ICAP said investors sometimes held back because many crypto exchanges needed to be paid in full up front for their deals, while also acting as a custodian for the asset.

It created a conflict of interest, said Simon Forster, co-head of digital assets at TP ICAP. But he added that banks and hedge funds were increasingly choosing to plough ahead with trading rather than just think about it.

“Clients want to get access to this new market and they want to engage with it,” he said. “We consider crypto a new asset class.”