Of all the ways to grow rich from the cryptocurrency boom, Brian Armstrong chose perhaps the most conservative.

Nine years after founding the most popular destination in the US for cryptocurrency buyers, Coinbase, his decision is about to pay off as bitcoin reaches new peaks.

Trades between private investors have valued Coinbase at about $100bn. At those prices, the company’s direct listing on the Nasdaq exchange could convert Armstrong’s shares into a $14.8bn stake as soon as this month, without any lock-ups that would normally prevent immediate selling.

For Armstrong, a 38-year-old engineer, the windfall would vindicate his determination to make the complex and defiantly anti-establishment world of cryptocurrencies accessible to the mainstream.

Growing up in San Jose, the largest city in Silicon Valley, Armstrong began coding websites in HTML for money during the dotcom boom in the ‘90s. “Even back in high school I was that nerdy kid who was reading a book on Java,” he recalled in an interview.

At Rice University in Houston, Texas, Armstrong and a roommate created University Tutors, a site that paired college students with parents seeking extra academic help for their children. The company’s phone number connected directly to the founders’ room in their residential college, Lovett.

“If we had a party or people over or something, we would have to unplug our phones,” said John Nelson, Armstrong’s former roommate and co-founder of University Tutors.

Nelson said they also started a side hustle that booked off-campus bars for college club events, charging cover and a cut of the bar tab. “They were quite popular events.” University Tutors eventually sold to an undisclosed buyer for 21 times its revenues, said Nelson, who is now chief executive of the ecommerce start-up Vroom Delivery.

A few years after graduating with degrees in computer science and economics, Armstrong moved to Argentina, where his encounters with hyperinflation planted the seeds for an interest in supposedly inflation-proof cryptocurrencies.

In Armstrong’s telling, he first came across the white paper that explained bitcoin while home with his parents for the holidays in 2010.

His first bitcoin venture, a wallet to hold the currency on mobile phones, drew some attention in tech circles. But its mobile-only design left it unreliable and without the computing power that cloud computing companies had made cheaply available for websites.

“I had this realisation: Somebody is going to have to make a really rock-solid cloud service for this, and that is the future,” Armstrong recalled.

In 2012, he left his job at the travel rental site Airbnb, where he had worked for a brief stint on the global payments team. He partnered with a British programmer, Ben Reeves, and entered the Y Combinator start-up accelerator with the idea for Coinbase.

The new venture immediately ran into problems. Armstrong broke from Reeves, partly over a disagreement about whether bitcoin owners should be able to recover misplaced cryptocurrency “keys”.

Armstrong believed Coinbase should retain back-up copies, a move that bucked consensus in the nascent bitcoin community, which resisted the idea of centralised data storage. But the decision made Coinbase friendly to novices, who could not be expected to reliably keep track of the lengthy passwords.

“The early decisions that Coinbase and Brian made were sort of the opposite of what I would call the bitcoin wisdom of the time,” said Olaf Carlson-Wee, the company’s third employee and head of the cryptocurrency fund Polychain Capital. “He wasn’t building for that narrow audience of 10,000 people.”

Since then, Armstrong has grown Coinbase into the dominant US-based cryptocurrency exchange, by providing a user-friendly service and avoiding the security problems and regulatory headaches that have plagued his rivals.

But Coinbase’s public listing paperwork revealed several probes into the company, among a litany of risk factors. Coinbase also said it is currently involved in litigation resulting from Armstrong’s activities outside of the company, without disclosing additional details.

Former Coinbase employees and people who know Armstrong describe him as a stoic leader whose moods rarely fluctuate with the ups and downs of cryptocurrency markets.

The company’s fee-based business model produced sizeable profits during the recent boom, raking in more than $320m last year. But a milder cryptocurrency market a year earlier resulted in more than $30m in losses.

“He was always kind of the same consistent, even keel, calm guy,” said Dalton Caldwell, a managing director at Y Combinator.

Coinbase employees tested Armstrong’s resolve last year after he appeared slow to react to the Black Lives Matter movement, igniting complaints about the treatment of black workers at the company. 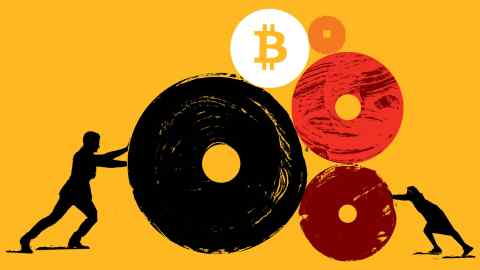 Armstrong responded to the early uproar with a blog post that declared Coinbase was a “mission focused company” with an “apolitical culture”. The company invited disgruntled employees to leave with a severance package. Roughly 5 per cent took the offer.

Elsewhere in the Coinbase network, the listing has inspired animal spirits, promising fresh funds for employees and other early shareholders to plough into new ventures. “We’re gonna have the crypto Elon Musk,” said Linda Xie, founder of cryptocurrency fund Scalar Capital and a former Coinbase employee.

With his own money, Armstrong has founded a scientific research site, ResearchHub, modelled on the code repository GitHub. He has also signed the Giving Pledge and formed a charitable organisation, GiveCrypto, for making direct donations in digital assets. In more than two years, the non-profit has announced $4m in donations toward its target of creating a $1bn fund.

People who know Armstrong dismiss the notion he will become distracted by wealth or veer from his aims for Coinbase.

“Brian will be there whether the company is worth a trillion dollars or somehow ends up at zero dollars,” said Dan Romero, an early Coinbase employee and angel investor. “He will be there the whole time.”

My Groundhog is Digging Holes Again, So I Guess It’s Spring

My Groundhog is Digging Holes Again, So I Guess It’s Spring

How to use ice safety picks effectively.