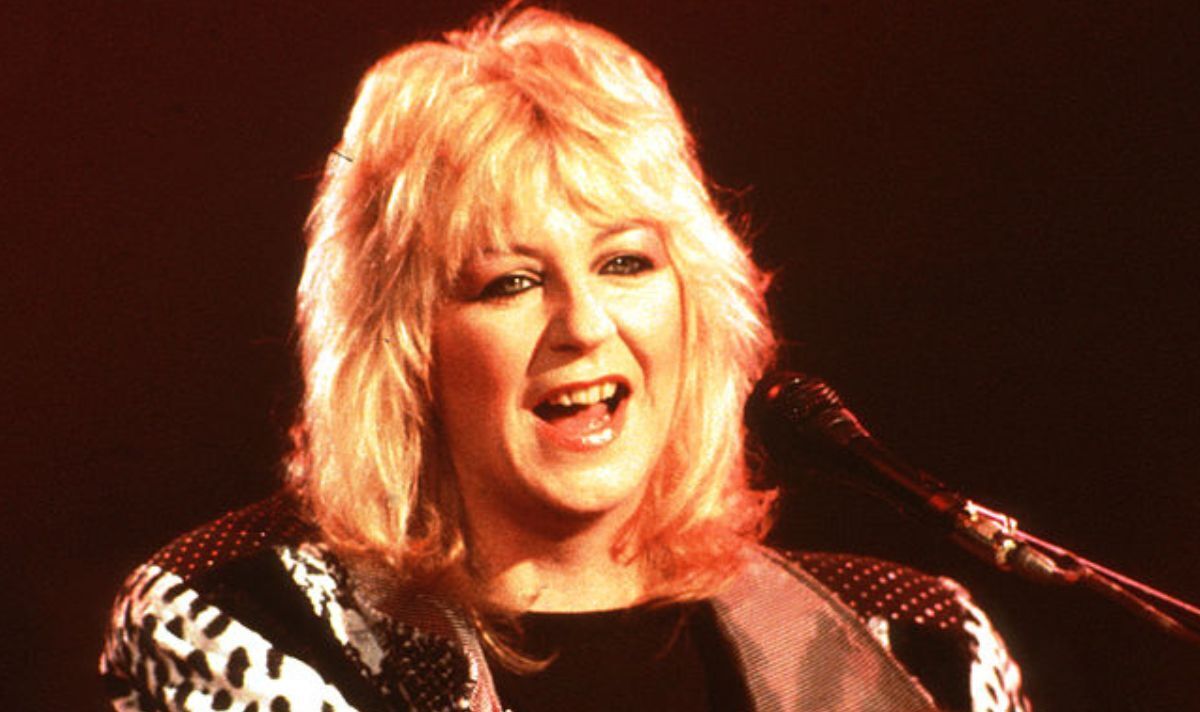 Fleetwood Mac’s Christine McVie’s death has devastated her co-stars, who released a statement today in her honour. “There are no words to describe our sadness at the passing of Christine McVie,” the band declared.

“She was truly one-of-a-kind, special and talented beyond measure.

They added nostalgically: “We were so lucky to have a life with her.

“Individually and together, we cherished Christine deeply and are thankful for the amazing memories we have. She will be so very missed.”

Christine had been responsible for some of the multimillion selling group’s best-loved songs including Little Lies and Say You Love Me.

Her exact cause of death is as yet unknown, although her family have stated that they lost her to a short illness.

They released a poignant statement on Facebook confirming the news, and telling of the huge sense of loss they felt.

“On behalf of Christine McVie’s family, it is with a heavy heart we are informing you of Christine’s death,” it read.

“She passed away peacefully at hospital this morning, Wednesday, November 30th 2022, following a short illness.

“She was in the company of her family. We kindly ask that you respect the family’s privacy at this extremely painful time and we would like everyone to keep Christine in their hearts and remember the life of an incredible human being, and revered musician who was loved universally. RIP Christine McVie.”

Christine was a member of one of the most legendary groups ever, selling more than 100 million albums worldwide.

The British-American group comprised of talents such as Mick Fleetwood, Stevie Nicks, Lindsey Buckingham and of course the legendary and inimitable Christine McVie, who joined the group alongside her partner John.

The band was formed in London in 1967, and Christine began her work with them within three years, after John replaced bass guitarist Peter Green.

Although she split with John several years later, they remained amicable and the alleged turmoil between the two is said to have harnessed their creative spirit professionally.

This led to the release of 1977 album Rumours, featuring tracks such as Songbird, which was written by Christine exclusively.

Rumours, the group’s 11th studio album, was widely declared to be their best of all time, hitting the jaw-dropping status of 20x Platinum in the USA.

Christine remained in the group for a mammoth 28 years, finally leaving in 1998, soon after the members were officially inducted into the Rock ‘n’ Roll Hall of Fame.

She cited a fear of flying and a tendency towards panic attacks as the reason for her departure.

Bandmate Stevie Nicks once joked to the Guardian that the pair were like “travelling rock’n’roll nuns”.

Christine jokily added: “The rock’n’roll lifestyle did have its perks but it wasn’t all limos and parties in the early days.”

However, she made a triumphant return back in 2014, and will be sorely missed by her fellow bandmembers.